Born in Syracuse, New York, in 1930, Robert Ian Blaich completed a bachelor’s degree in industrial design at Syracuse University. He went on to work in design and marketing before joining the Herman Miller Furniture Company in 1953, where he was vice president of design and corporate communications from 1968 to 1979. Before he took on that role, he started by managing the special department for the development of new products for education and industrial settings from 1960 onward. In this position, he worked directly with influential designers like Robert Probst, George Nelson, Charles Eames and Alexander Girard to develop and market new storage systems and seating for schools, libraries and offices. During this time, Blaich worked on some of the most popular and iconic products launched by Herman Miller at the height of its golden age. In 1980, Blaich went to work at Royal Philips Electronics in the Netherlands as head of the design department. At Philips, he introduced design management as a strategic means of integrating product design into the production and marketing process. He developed a new corporate image for global design and was responsible for the wide range of electronic products and systems – for both consumers and professionals.

Blaich remained at Philips until his retirement in 1992, after which he established his own firm, Blaich Associates, in Aspen, Colorado. An active member of the Industrial Designers Society of America (IDSA), Blaich was named a fellow in 1981. He was also president of the International Council of Societies of Industrial Design (ICSID) from 1985 to 1987. In 1990, he was awarded an honorary doctorate in design by Syracuse University, before being knighted by Queen Beatrix of the Netherlands in 1991.

Blaich shared his experience and knowledge (together with his wife Janet) in books such as “Product Design and Corporate Strategy” (1993) and “New & Notable Product Design” (1995). “There is now very little doubt”, said Blaich in 1996, “that design has become an important factor for competitive success. The main question is no longer ‘Does design matter?’ but ‘How can the design process be managed to achieve strategic goals in the global business and market environment of the 90s?’”. As reported by the World Design Organization, Robert Ian Blaich died on 21 September.

Brand purpose: the majority of Germans think it is good when brands take a stand 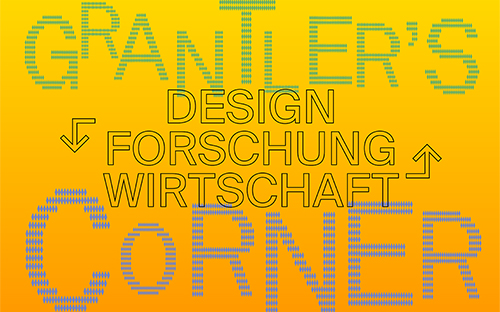 The German Design Council at the MCBW 2022

NASA logo: the worm is back