In his book Apple Design: Eine Analyse (Apple Design: an Analysis), Felix Torkar looks at the company’s creative development since 1998 and outlines how the design has become increasingly functional and how the symbiosis of hardware and software has progressed since the first Macintosh.

A bite of the forbidden fruit from the tree of knowledge famously led to banishment from paradise. But perhaps we should see success in this? A look at the history of the company with its logo of a bitten apple may well bring you round to this way of thinking. When the names Steve Jobs and Jonathan Ive crop up in discussions about product design, it doesn’t take long for them both to be praised like saints – and the reason for this goes beyond the appearance of computer casings or electronic entertainment devices.

When we look at Apple’s design and the dawn of a digital world, we are talking about no less than the start of a new way of life. How was it possible for Apple – which has sold more than a billion iPhones in the last 20 years – to go from being a niche manufacturer of computers to one of the world’s most valuable companies? The key was, and still is, that Apple has set standards for what design can accomplish in the 21st century when combined with technical innovation and clever marketing.

The design and architecture historian Felix Torkar thus takes another look at the foundations and the development of Apple’s product design, which has long been seen as iconic, in his book Apple Design: eine Analyse (av edition, 2020). As Christoph Böninger from the IF Design Foundation, which supported Torkar’s publication, writes in his foreword, there are three main questions that the author hopes to answer: What preconditions led to the special position that Apple now has? How can the different creative phases be divided up? And how can Apple’s product design be contextualised?

Torkar recalls, among other things, Steve Jobs’ mantra of “focus” and “simplicity” and points to the relatively small range of products, saying that for “the size of the company, it is notable that the entire product range would fit on a table”. He then points to iteration as a “key internal process model in product development” and an important factor for success. He believes that fixating on the object and its iterative improvement also ultimately succeeds in creating an emotional appeal to users or consumers.

A thousand noes for every yes

Although – or indeed because – Apple is usually rather tight-lipped in its corporate communication, a sort of manifesto in a promotional video from 2013 catches the author’s attention, including the key phrase: “there are a thousand no’s [sic] / for every yes.” He believes that this sentence describes not only the “tradition of iteration and carefully considered omission that has been cultivated over decades”, but also gives rise to “an inevitability of design, which has been repeatedly mentioned by Ive”.

Under the simple heading “Hardware”, Torkar subsequently provides a focused overview of the key Apple products and how their design has developed progressively since 1998. This starts with the first transparent coloured iMac under the aegis of Ive and moves on to “bridging products” such as the G4 Cube and the Titanium PowerBook of 2001, which according to Torkar “laid the foundations for a far more technical, functional design vocabulary in line with professional requirements”, and ultimately the iPhone and Apple Watch.

The focus on the Jobs/Ive era, which started when Steve Jobs returned to the company, means that some phases are not taken into account, including the creative and, above all, typological beginnings of the Snow White competition of 1982/83 and the years of collaboration with Hartmut Esslinger’s frog design.

Stylistic purism as a benchmark

If you follow the logic that the development of design at Apple has been astonishingly coherent ever since 2007, the transparent and colourful iMac from 1998 must look in retrospect like a rogue outlier – later corrected by Ive. Although it revived the all-in-one concept of the Macintosh from 1984, conquered the consumer market and secured the company’s future, Torkar writes that:

“However radical the colourful design vocabulary seemed, it was replaced with equal speed. After just three years, there was just as radical a paradigm shift towards an aesthetic that was much more puristic and dominated by silver and white. Rounded forms were replaced with heavily stripped-down, clean lines. After pop comes minimalism.”

Although Torkar states that there are almost no verified sources regarding the causes for the change of direction, he does form some theories. One is that the new design vocabulary had been very quickly copied into a wide variety of objects, which had destroyed the radical nature of Apple products and the exclusivity of their aesthetics in the now omnipresent mix of “colourful, translucent polycarbonate and spherical forms” and had watered down Apple’s corporate design. The rounded and colourful casing could also possibly have led to “an aesthetic dead end after just a few years”, which was particularly significant in the Pro product series and resulted in an “emphasis on colourless, pared-down, linear and thus more aesthetically stable designs”.

However, the simplest explanation is that cathode-ray tube monitors were just about to become extinct at the turn of the millennium. The design therefore needed to adapt to the ubiquity of space-saving flat screens.

Whilst much more varied designs were created than later during a phase of experimentation between 1997 and 2001, this was then followed by a phase of simplification sustained over a relatively long period. The aesthetics of this phase are said to reveal the search for a more mature and longer-lasting design vocabulary that is less influenced by trends. Between 2001 and 2007, the “split between white polycarbonate and metal” then marks the “parting of ways between consumer (iBook/iMac) and Pro (PowerBook/Power Mac) devices”. The value of the material reflected the differences in performance through the look and feel.

The analysis of the software development shows even more clearly how much the hardware design has since taken a back seat to the software. Developments such as the iPhone and iPad, as well as voice control interfaces such as Siri, have seen the nature of the object reduced to an image or a screen. Even a traditional desktop computer is now essentially a screen. The change can also reportedly be seen in the decision to merge the originally separate areas of hardware design and software design under the leadership of Jonathan Ive after the death of Steve Jobs.

Torkar traces step by step how alongside the development of the hardware, the three-dimensional and colourful buttons also disappeared in the Mac OS operating system and it became increasingly functional, especially given that the heavily embellished user interface had been in more and more conflict with the increasingly minimalist aesthetics of the hardware since around the middle of the first decade of the 2000s.

According to Torkar, macOS, as the operating system has been known since 2016, can still be understood as an iteration of the version from 2000/2001 – even if it has a contemporary feel. However, he believes that the information architecture of the iOS mobile operating system is increasingly demanding a departure from the archetype of the window and desktop metaphor and a move towards chronological staggering of functional processes. This demonstrates that Ive’s sense of form has also won through in the software and that the “frame (hardware) and content (software)” are merging more and more. The convergence and integration of hardware and software have also intensified further recently.

From Ulm to Cupertino

As has been common for years, Torkar’s attempt at classification in terms of design history starts with the somewhat short route from Max Bill and the Ulm School of Design to Braun design and Dieter Rams. In the simplistic sketch of the historical background, little mention is made of Hans Gugelot and there is equally little reflection on what else Jobs, Ive and their teams could also have influenced. These shortcomings are explained by the fact that the publication is based on Torkar’s master’s thesis. It is also a shame that when it comes to the use of colour at Apple from 1998 onwards, there is a sweeping reference to Ettore Sottsass and his “Valentine” portable typewriter, but no consideration is given to either how Sottsass (and his use of colour) pushed forward the entire development of design at Olivetti, or to other colour concepts, such as that of the Bauhaus.

Nonetheless, by systematising well-known and often-discussed aspects of Apple’s design and deftly outlining its development, Torkar manages to map out the crucial phases and clearly describe the significant steps that contributed to the company’s success. Steve Jobs made it quite clear back in 1982 when he said: “I want the design at Apple to not just be the best in the personal computer sector, but the absolute best in the whole world.”

Page views from the publication with the kind permission of the publisher. 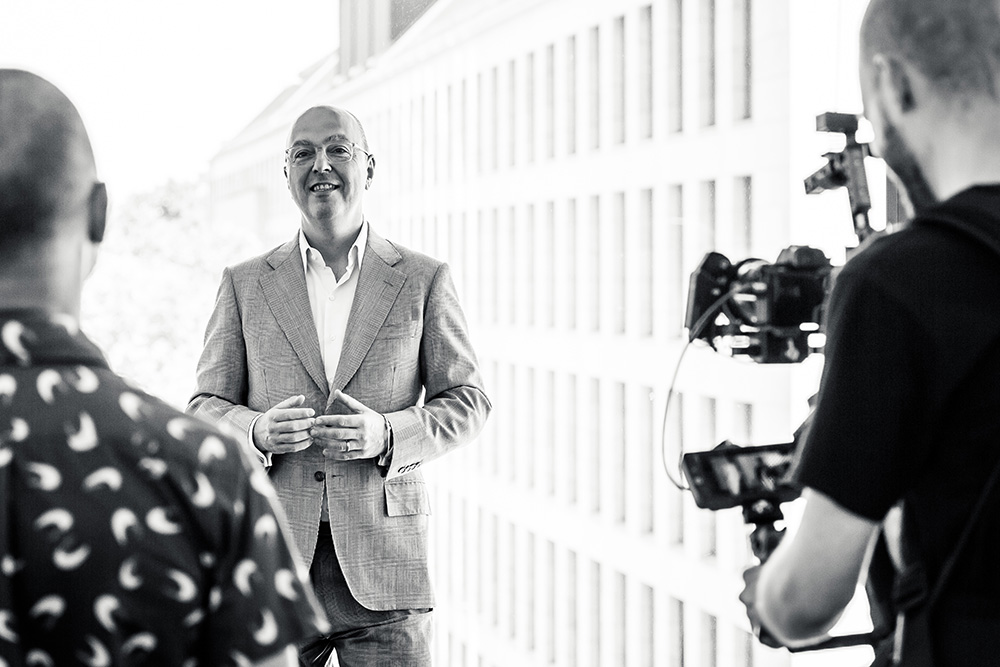 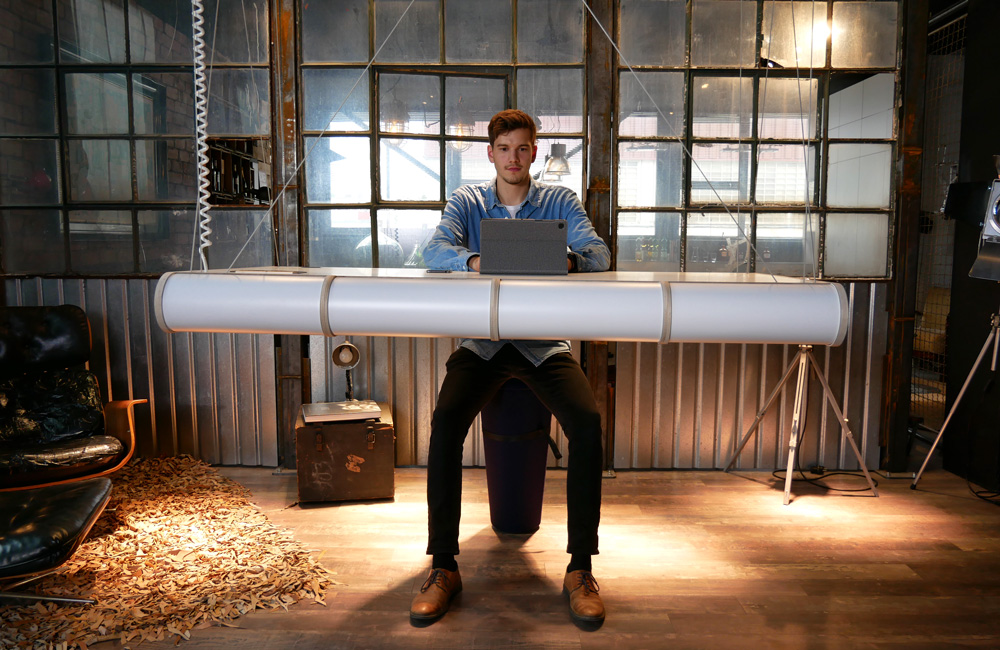 The digital future is moving in 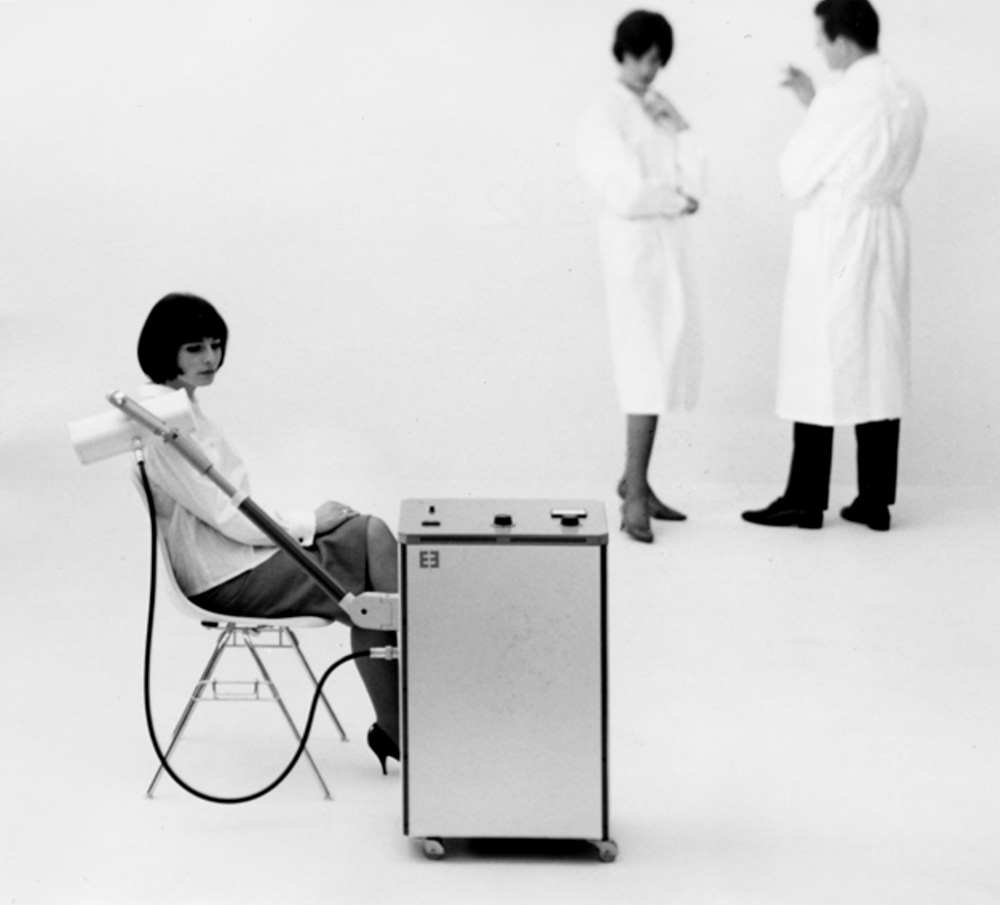