When materials are transported across production sites, the systems that are used are increasingly autonomous. Thanks to a new generation of flexible, driverless transporters, the options for using these systems are expanding significantly. The LoadRunner, for example, was developed by the Fraunhofer Institute for Material Flow and Logistics (IML) in Dortmund. Using artificial intelligence and 5G communication, it can organise itself within a swarm and execute jobs by itself. The high-speed transporter is an excellent choice for booming online and mail-order retailers given its parcel-sorting performance. The LoadRunner can sort objects at a speed of up to 10 m per second and convey them from A to B so that huge volumes of parcels will be able to be processed faster than ever. “These vehicles can accelerate like a sports car and are pioneers for a whole new performance class,” says Professor Michael ten Hompel, Executive Director of Fraunhofer IML. He believes that the LoadRunner is a “central piece in the mosaic of tomorrow’s logistics”. The transport robot’s swarm system was developed to function like a swarm of drones where individual drones use their neighbours’ behaviour to adjust their flight direction and speed continuously. This prevents collisions and forms groups – and creates a swarm intelligence not needing any centralised coordination because the individual drones’ decisions interact with each other.

“The LoadRunner is equipped with an omnidirectional chassis; the direction of travel and direction of rotation are completely independent of one another. This means the new vehicle can turn in any direction without having to pause to manoeuvre,” explains Moritz Roidl from Fraunhofer IML. The robots find their orientation using a ground camera that generates images of the previously scanned floor surface at a rate of 400 per second. The vehicle can then pinpoint itself accurately, even at high speed and in tight formations. One individual LoadRunner can transport parcels with a weight of up to 30 kg. The little AI speedsters can work as a pack if the loads are heavier, which means that large and bulky objects can be conveyed, too. This novel transporter also has another benefit: it requires less fixed infrastructure than conventional sorting systems and can begin operation faster. 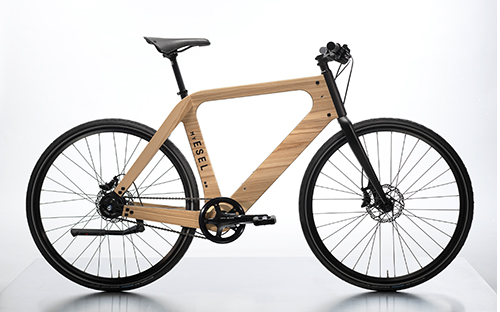 Exhibition „Heading Outdoors“ at the Neue Sammlung in Munich. Design for life outside.

edding opens its own Tattoo Studio in Hamburg