The 100th anniversary of the founding of Bauhaus, the school of design, architecture and applied arts, is rapidly approaching. The ideas and products developed there still attract considerable attention and provide the foundation for contemporary German design. What exactly accounts for this ongoing fascination and how is the German Design Council continuing the tradition?

Nearly one hundred years after its foundation, the ideas developed at the Bauhaus are more alive than ever. One reason for this is the continuing attraction of the ethical design approach once promulgated by the school’s torch bearers. The notion that a given shape could have an ethical dimension probably still strikes most people as rather peculiar. Yet for designers trained in the Bauhaus spirit – and that basically means all of them – every object has both a material aspect, which is correlated with its practical utility, and a nonmaterial aspect, which, according to conventional design theory, can be subdivided into aesthetic and symbolic functions.

Walter Gropius, the school’s founder, melded design with ethics in the sense of the designer’s social responsibility, which he advocated strongly in the Bauhaus Production Principles in 1925. Above all, he stated, the objective was to improve people’s quality of life through »simplicity in multiplicity and a concise exploitation of space, material, time and money«. If one could reduce production costs through material savings and production-oriented design, then products could be sold for less, thus benefitting large swathes of the population.

There are two reasons for the fact that this approach failed to work in reality: first, there was an immense discrepancy between the aesthetic aspirations of the target group and the Bauhaus’ revolutionarily plain design credo. Second, industrial-scale production of the furniture and utility items turned out to be far more complicated and more expensive than assumed at the design phase.

Solution for the People

Whilst all the functional aspects of a product were felt to be of equal value during the Bauhaus era, a conceptual shift to the benefit of the non-material dimension of design has taken place over the past few decades in an era of saturated markets and superabundance, digitalisation and mechanisation. Indeed, there is a risk that this level will come to overshadow the material dimension entirely, which would result in the defunctionalisation of products.

At the same time, a keen focus on the functional, problem-solving dimension is one of the main characteristics of German design culture. The classics of German design show clearly how this attitude was able to develop and how important it still is today. Solutions to contemporary issues, such as the configuration of living arrangements, also originated in this German approach to design as a systematic problem-solving strategy. This is exemplified in the fitted kitchen, which dates back to the »Frankfurt kitchen« (1926) by Ernst May and Margarete Schütte-Lihotzky. In this famous example of German design, the solution-based approach is conceived of not in structural terms, but rather from a problem-solving perspective (enabling housewives to spend more time outside the kitchen) based on the optimisation of workflows.

One of the main formal characteristics of Bauhaus products, with which Mart Stam, Marcel Breuer and Ludwig Mies van der Rohe all experimented, involved bending steel tubing. As a modernist material, steel tubing enabled the combination of high-quality and understated aesthetics. From this point on, reduction, simplicity and a high level of expertise in materials and processing have continued to set the formal agenda for German design and are still valid today.

However, students at the Bauhaus not only grappled with furniture design but also focused on light and lighting, whereby light was subjected to an in-depth experimental analysis, being perceived not just as lighting but also as an immaterial volume that has a strong influence on any given space. In particular, these concepts were documented in photographic experiments from the Bauhaus era. Back then, long-established industrial companies such as AEG and OSRAM were already creating the technical foundations on the basis of which new luminaires and lighting solutions can still be developed today. Without a doubt, the Wagenfeld Luminaire from the Bauhaus period, which is still in production today, marks the start of the luminaire’s success as a decorative object. Today, German design culture is represented by companies such as Erco, Nimbus, Occhio and Tobias Grau both in their products and, indeed, in their emphasis on good lighting.

Along with the most important figures in the Bauhaus movement, modern design was driven out of Germany during the Nazi period and Second World War, marking a caesura in the development of industrial design in this country. It wasn’t until the early 1950s that modern design initiatives were launched in Germany. The Ulm School of Design (Hochschule für Gestaltung Ulm [HfG Ulm], 1953-1968), whose proponents and doctrine were held in high regard around the world, was the leading design institute in the post-war period. By contrast with the Bauhaus, the results in terms of designed products focused more on technical goods and everyday objects than on furniture.

Founded in the same year as the Ulm School of Design, the German Design Council was established with a view to helping the young republic build a new design identity. Since then, this institute has concentrated on the dissemination and revitalisation of German design.

Its core message is that design serves the development of solutions for interactions between people and products and – at a higher level – solutions for the socio-cultural changes taking place within industrialised society. This ethos permeates German design culture to this day in terms of its structurally uncluttered appearance. As an official design promotion institution, the German Design Council has the honour of carrying forward the conceptual legacy of the Bauhaus.

The Importance of Interconnection

In contemporary design management, brand management and the immaterial functional dimension of products are closely linked. The focus is not on the symbolic or aesthetic function of an individual product; rather, the portfolio or product group – closely coordinated with other design areas – forms an immaterial functional level across products.

Thus, the Bauhaus designs could also be understood as the formal implementation of the underlying concepts. Compared with that time, today’s styles and designs have become significantly more varied and complex. However, the exciting thing is that the underlying ideas will continue to exist, though their formal interpretation will be redefined from era to era, shaped by the latest production capabilities, amongst other things.

Andrej Kupetz studied industrial design, philosophy and product marketing in Berlin, London and Paris. In 1997, after various positions in design management and university liaison, Andrej Kupetz joined German Railways (Deutschen Bahn AG) where he was responsible for brand management in the DB Group and for the implementation of various corporate-design processes. He is member of the advisory board of the Design Management Institute Boston. Since 2011 Kupetz has been a member of the higher education council of the Hochschule für Gestaltung Offenbach am Main. That same year the European Commission appointed him to the European Design Leadership Board. Kupetz is married and has three sons. 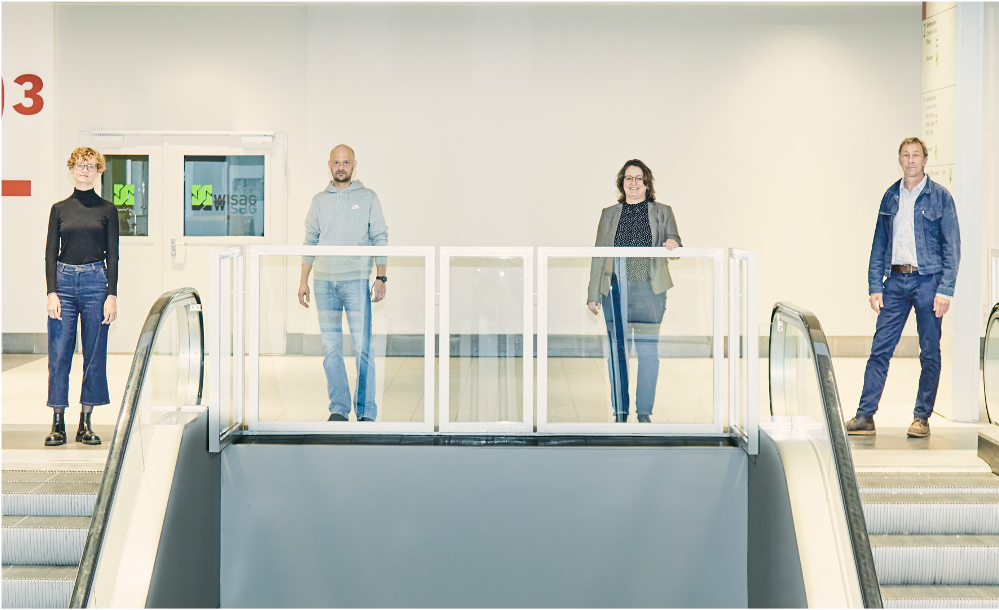 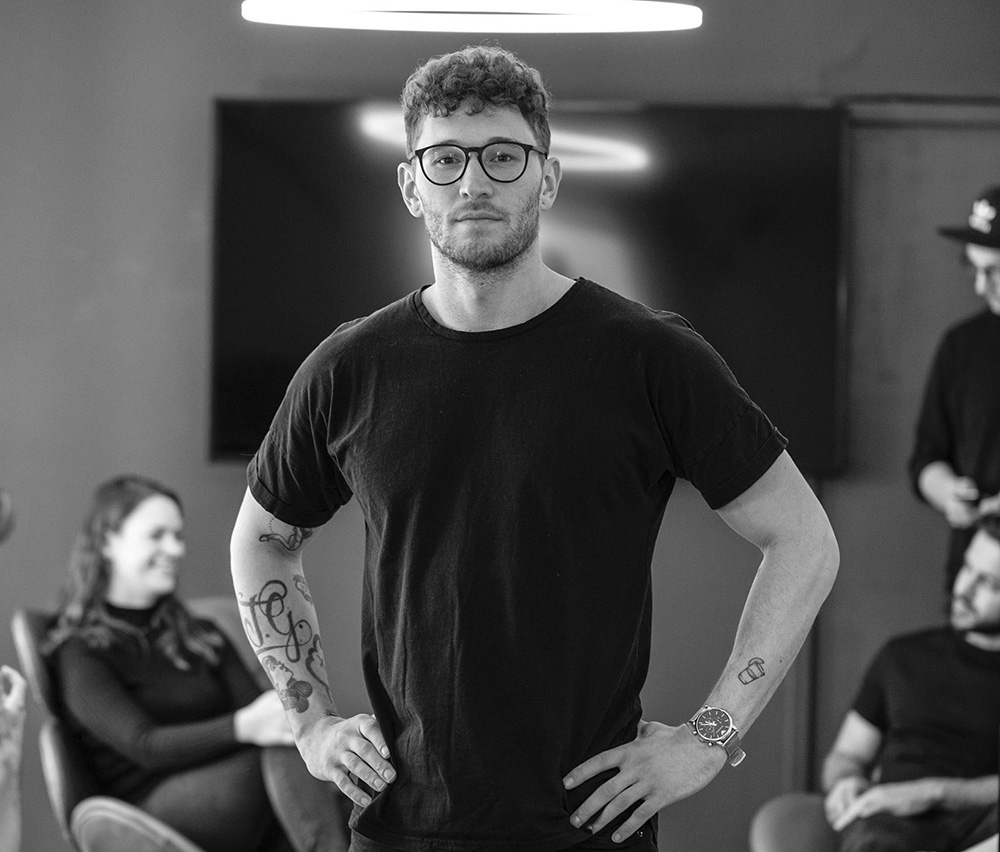