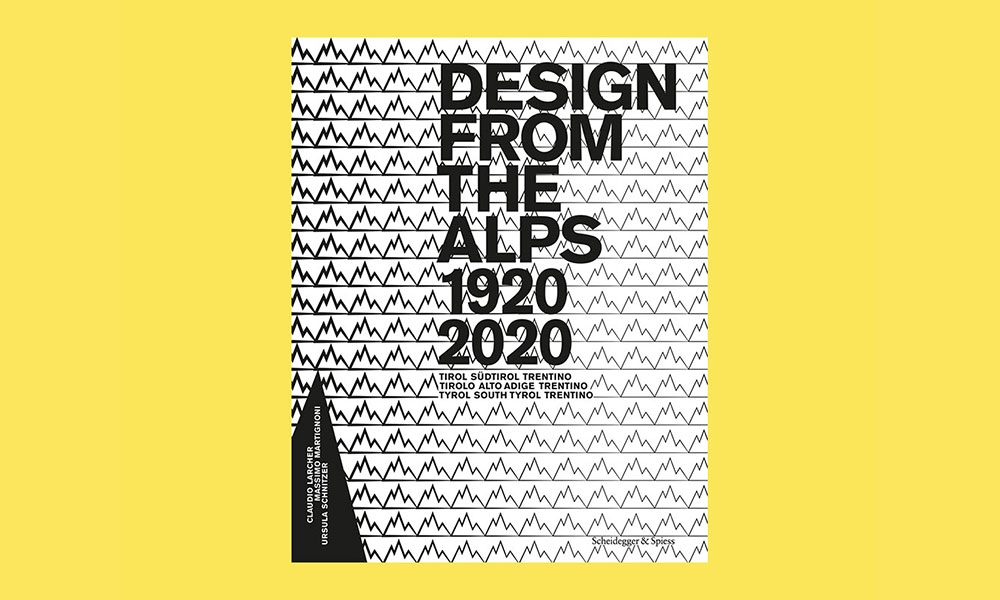 A world away from alpine wood carvings: „Design from the Alps“ is a book founded on extensive research which offers an enthralling overview of 100 years of design from the Tyrol – South Tyrol – Trentino region.

In their manifesto penned in 1915, Giacomo Balla and Fortunato Depero called for “the Futurist Reconstruction of the Universe” – the world was to be completely recreated, so as to infuse more joy into our lives. Cinema, theatre, music, dance, architecture, fashion, design and advertising – everything was to be turned on its head. In 1919, Fortunato Depero and his wife Rosetta Amadori returned from Rome to Rovereto where he opened his first small experimental laboratory in Via Vicenza, to breathe life into the ideas expressed in the1915 manifesto. This was to become Depero’s “House of Futurist Arts”. In 1920, he moved to a more spacious house in Via 2 Novembre and renamed his studio. From now on, it becomes known as “the Magician’s House”. This is where he painted his pictures and designed his stage sets; here he wrote articles and created tapestries and cushions, furniture and toys. With the benefit of hindsight, Depero’s contribution to developing a comprehensive design concept proved to be nothing less than groundbreaking.

Depero comes from a region where it is easy to observe how fruitful the exchange between urban centres and the periphery can be. The restless world spirit does not travel all around the world without taking up quarters in certain places. Local connections, family influences and anchoring oneself in established cultural traditions are necessary in order to achieve tangible results, and these are also what lends a designer’s work its own unique flavour. Do not, therefore, be misled by the title “Design from the Alps”. This book is not about rustic craftwork or wood carvings produced in remote mountain valleys. Rather, it is the result of extensive research, culminating at the end of 2019 in a major exhibition at the Kunst Meran museum spanning 100 years of design development in the European South Tyrol – Trentino region.

As Georg Klotzner, President of Kunst Meran writes in his foreword, the project focuses on “the historical Tyrol and the movements of its protagonists between the Inntal and Etschtal valleys, and between places of education and work in Vienna, Munich, Venice and Milan”. Never before has the area between Kufstein and Borghetto been so comprehensively explored in terms of its potential for product design as it is in this interdisciplinary collaboration between Kunst Meran, the Nuova Accademia di Belle Arti (NABA) in Milan and the Faculty of Design and Arts of the Free University of Bolzano.

As you leaf through this book, you will indeed be astonished at what there is to discover in this region – the designs and products that have come to light, the sheer number of outstanding designers that have come from this part of the world, the innovative designs that have been created here over the last 100 years, and the entrepreneurial success stories that have been written here. It is no coincidence, then, that curator Massimo Martignoni quotes one of the legendary figures of Italian design at the beginning of the main text. Ettore Sottsass, talking about himself, remarked: “They say that my father put a pen in my hand as soon as I was born (in Innsbruck in Sterngasse). He wanted me to be an architect, and he meant this pen to give fate a helping hand.”

It worked, there’s no doubt about that. Marco Zanini, one of the founders of the Memphis design group, who worked with Ettore Sottsass, Jr. for many years, explains the connection: “Ettore considered himself a native of Trentino” – even though his contacts with Trentino had been brief and sporadic. His father, Ettore Sottsass, Sr., who was born in Nave San Rocco in 1892 and died in Turin in 1953, was not only an architect in this own right and a figure who united Austrian and Italian culture, drawing much from his alpine origins. Also, the places and dates of his son’s life – born in Innsbruck in 1917, died in Milan in 2007 – more or less correspond to the chronology of the “Design from the Alps” company.

Lively exchange with the centres

It is the labyrinth of connections, as well as the cultural differences, between the somewhat quiet areas on the periphery and the bustling population centres that make the people here so productive. As you read you will discover objects, inventions and more or less successful experiments, all of which, according to Martignoni, “come from a mutually enriching area, embedded between two very different but intercommunicating cultures, forming a natural bridge between the Germanic north and the Mediterranean south of Europe.”

The book is divided into four separate but interweaving sections, deliberately titled in different languages to reflect the multilingualism of the research project: Industrial Design, Abitare, Leisure and Atlas 2010–2020. The panorama is rounded off by a series of in-depth thematic and historical studies – for example on Fortunato Depero, Tyrolean modernism between the wars, Gio Ponti’s Sporthotel Valmartello and – one of the surprises – the “furniture” of Ezra Pound, the American poet who courted controversy for his anti-Semitic and pro-fascist stance, who wrote the last six of his “Cantos” at Brunnenburg Castle near Merano between 1958 and 1962, following his release from prison.

Rather than defining cultures according to national boundaries, this book covers the entire area that spans the borders between Italy, Austria and Switzerland; before 1918 this area as a whole was referred to as the Tyrol, and it became a Euregio region (with official representation in Brussels) at the end of the 20th century. And all that without wallowing in nostalgia or extolling the lost homeland. The book presents legendary personalities such as Gianni Caproni – aviation pioneer, inventor, industrialist and philanthropist – alongside companies such as Abarth, Lancia Viberti Iveco, Prinoth, Laverda or Plank, and designers such as Dario Montagni, Wilhelm Nikolaus Prachensky or artists and architects such as Walter Pichler and Lois Welzenbacher. It paints a picture of a region formed from a fascinating melange, characterised by a surprising capacity to embrace the most progressive trends. The fact that new developments repeatedly found fertile soil is not only down to the area’s geographic location – it was in fact necessary for architects, artists, designers and companies from the Tyrol to seek inspiration, recognition and sales markets outside their home region, but without ever forgetting their roots.

So, between modern rationalism and the influence of local craft traditions, this book traces the swings of the pendulum of a creative diaspora, and the often serpentine paths travelled by most of those protagonists who were drawn to the major centres of Europe to realise their creative visions. And with regard to local companies, the research paints a surprising picture of brands and manufacturers that have not merely established themselves in handcraft niches, but have dedicated themselves to pure industrial design, with a strong leaning towards science and technology.

On interrelationships between crafts and art

The 1920s saw a re-examination of the decorative and applied arts, in dialogue with folklore and handicraft tradition. As an expression of this, Depero, Sottsass, Jr. and Wenter Marini formed a formidable team at the first International Exhibition of Decorative Art held in Monza in 1923. A decisive turnaround came in the 1930s: the Tyrol region, once an isolated mountain area, suddenly became a focal point of international tourism. The thrill and adventure of mountain sports became fashionable; skiing and mountain climbing attracted more and more visitors. This changed not only the way the region saw itself, but also the perception of it formed by the outside world – shaped by charismatic figures such as Luis Trenker from Val Gardena, who popularised the mountaineering hero from the Dolomites in literature and film.

After the deprivations of the war years, production picked up again. It was important to keep pace with technological developments. New opportunities opened up, especially in the food industry, tourism and engineering. Specialisation progressed in the 1960s and 1970s – in cable cars (Leitner, Graffer) and in slope preparation (Prinoth). The world of skiing became increasingly dominated by plastics, and more and more companies invested in this area (Kneissl, Roy Ski, Sarner). The figure of the designer also gained in popularity, and homes started to fill up with increasingly imaginative furniture.

The Flos brand was founded near Merano

The Milanese brand Flos has a unique story. Artur Eisenkeil, a hotelier and entrepreneur from Marling near Merano, came across the synthetic resin material called Cocoon, which is used on ships as a packaging material, while travelling in the 1950s. Eisenkeil was dissatisfied with the range of lamps available at the time for his hotels, and was already contemplating making some himself. Fascinated by the properties of the synthetic resin, which can be compressed like a silk thread to form a cocoon, yet is translucent and hard-wearing at the same time, Eisenkeil began to use Cocoon to make lamps.

The first lampshades were sprayed onto frames in the neighbouring Marlinger fruit cooperative. Eisenkeil met Dino Gavina and Cesare Cassina in 1959 while showcasing his models in Milan. Both men quickly recognised the potential of the lampshades, and invited the designers Achille and Pier Giacomo Castiglioni, as well as Tobia and Afra Scarpa, to create lampshades. All that was missing was a brand name. And that is how Flos came to be founded in Marling. The models created in 1960 and 1961 have long since become design classics. To this day Eisenkeil still produces them by hand for Flos in Piombino Dese near Treviso. A historical photograph in the book shows the Castiglioni brothers in Marling around 1960, presenting their Cocoon lamps to Marcel Breuer, one of the fathers of 20th century design.

Today geographical distances are shrinking due to digital communication and greater mobility, and the boundaries between urban centres and their peripheries are becoming increasingly blurred. The disadvantage of the cultural seclusion in the provinces – whether presumed or actual – has suddenly become an advantage. For today’s designers, the journey to the big city is no longer a one-way trip, but a process of continuous exchange punctuated by retreats to quieter surroundings; accordingly, it is no longer easy to distinguish between places that fuel inspiration and those that drive consumption. In fact, these very movements back and forth feed the intellectual versatility of Martino Gamper, Merano and Londoner. It is no coincidence that Kuno Prey describes the primary characteristic of the Tyrol region as “making a lot out of just a little”.

Design from the Alps

Pictures: Courtesy of the publisher. 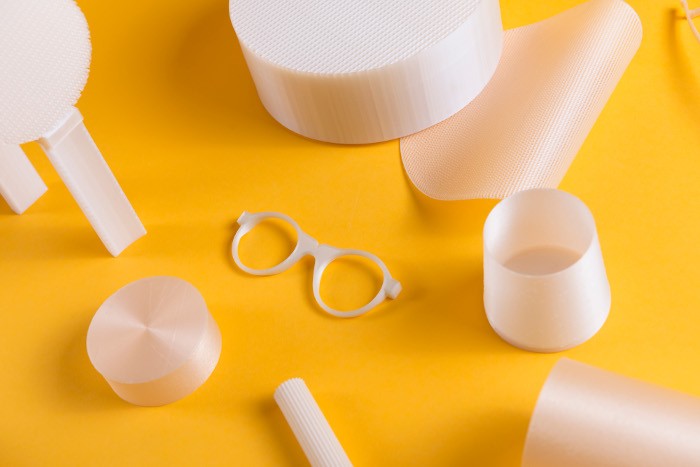