The Studio for Electronic Music at the WDR in Cologne, founded in 1951, legendary clubs such as the Ratinger Hof or the Creamcheese, but also places such as the Düsseldorf Art Academy and the Salon des Amateurs in the Kunsthalle, plus the experiments of Nam June Paik, Karlheinz Stockhausen and the electro-pop of the man-machine Kraftwerk, have spurred the development of electronic music in the Rhineland. Under the title “Electro. From Kraftwerk to Techno”, the Düsseldorf Kunstpalast now presents the more than 100-year history of electronic music and its connections to art in an extensive exhibition. Until 15 May, more than 500 exhibits, some of them interactive, shed light on the musical genres bundled under the term “electronic music”. On display are instruments, self-made sound generators, photographs, audio recordings, videos and graphic design – from the first electronic musical instruments to the use of artificial intelligence in contemporary sound production. Music trends such as Detroit Techno, Chicago House and Hip-Hop from the 1980s are echoed acoustically and photo-artistically, as is the rave culture of the 1990s.

The exhibition of the Musée de la Musique – Philharmonie de Paris, which has already been shown in Paris and London, has been further developed for the presentation in Düsseldorf. The highlight at the Kunstpalast is the spectacular staging of the complete works of the multimedia project Kraftwerk, founded in Düsseldorf in 1970 by Ralf Hütter and Florian Schneider. “We are illuminating,” says Felix Krämer, the general director of the Kunstpalast, “the history and interrelationship of electronic music and art. The Kraftwerk project, founded by the electro pioneers Ralf Hütter and Florian Schneider in their Kling-Klang studio in Düsseldorf, occupies a significant position. Their acoustic-image-performative stage shows as well as their exploration of technical possibilities in music were groundbreaking. I am all the more pleased that we are realising this spectacular exhibition at the Kunstpalast together with Kraftwerk co-founder Ralf Hütter.”

For Kraftwerk, change is part of their brand essence 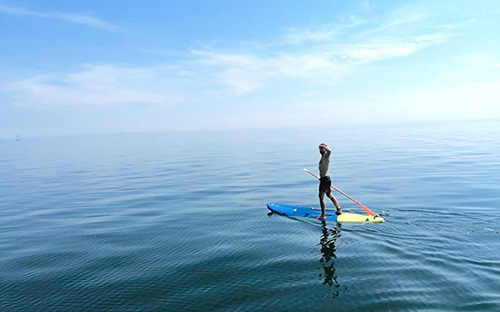