Several weeks ago – just in time for his 80th birthday on 7 July – we already paid tribute to the designer Franco Clivio in detail here. Not only his work as a product designer of the Ulm School was discussed, but also his collecting activities: for some years now, the exhibition “no name design” has been touring design institutions all over the world – around 1000 partly familiar, partly enigmatic everyday objects from anonymous designers.

With “Franco Clivio – Manifolds”, the Museum Ulm is now showing another facet of the unwaveringly creative Swiss “Ulmer”: free works in the transition between the second and third dimension, consisting of geometric structures of lines and surfaces with expansive potential. Franco Clivio’s refined sense for the technique, geometry and kinetics of foldable objects – so the organisers write – is reflected in the graceful structures made of gossamer, golden metal tubes that, like feelers or insect legs, light-footedly sense their location and measure the space: A dance in balance.

NASA logo: the worm is back

Pentagon: Design or not? Exhibition in Cologne 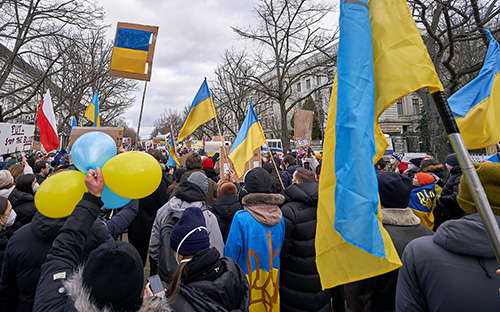 Design for Democracy. Frankfurt am Main and the Rhine-Main region apply for the title “World Design Capital 2026