He worked in conjunction with Dieter Rams at Braun, designed for brands such as Lamy and Wega; and developed the logo for Friends of the Earth Germany. Nevertheless, people still know little about him. In “The Designer Who Got Forgotten”, Lucia Hornfischer shines a light on Gerd A. Müller.

Those who cook also design. As he was growing up, the kitchen represented the domestic centrepiece of his life. It is where his mother gifted him with a lifelong passion for cooking. Back then, no one would ever have thought that he would go on to design kitchen appliances, despite the clear connection that kitchens and design studios have. Both the former as well as the latter are about developing recipes that combine specific ingredients in the best and most-tasteful manner possible.

When Gerd A. Müller worked on the development of the KM3 food processor at Braun during the 1950s, testing the company’s functional design through countless models, he was flippantly called “the famous food processor” among friends. He is also said to have taken the eggs beaten during the product tests and created home-made noodles from them, laying them out to dry all across his office. It is fitting that the simple, perfect Japanese cooking aesthetic – including the cooking utensils and dish presentation – would be an object of fascination for him later in life.

Lucia Hornfischer’s book “Gerd A. Müller. The Designer Who Got Forgotten” explains how the sensual pleasures of an entire culture would reveal themselves to him when he cooked. Moreover, the publication also fills an embarrassing gap in academic study, as there was previously shockingly little known about the designer who was born in Frankfurt am Main in 1932 and died in 1991. In the context of design history, Müller has, in the best-case scenario, been referred to as the designer of the successful and long-lasting Braun food processor and Sixtant razor (the latter perfected with Hans Gugelot) – both global hits – until now. He is also regularly extolled as the designer of the legendary Lamy 2000 fountain pen, which he designed in conjunction with Dr Manfred Lamy. The cylinder made of brushed black polycarbonate and matt steel, tapering on both sides with a slim and dynamic look, set the ball rolling for the Heidelberg-based family-run company to use a functional and current design language as a point of orientation in 1966. The pen still shapes that design language in an exemplary way today.

When it came to documentation and archives, the author was confronted with a difficult situation. Gerd A. Müller did not leave behind an official estate, nor was he interested in storing things. Company archives held some information, though much remains lost – such as the Wega archive. Hornfischer used the occasion to make a virtue out of necessity. She held interviews to find out more about Gerd Alfred Müller the person and the designer – including with Antje Müller, Dietrich Lubs and Roland Weigend – and asked friends and companions such as Dieter Rams for comments and remarks. She persistently asked about how Müller’s career progressed after he surprised some by going freelance in 1960, about the projects he completed, about what his interests outside of design were and, finally, if and to what extent his attitude to design and his design process have been a significant influence on German industrial design since the mid 20th century.

Interior architecture instead of dentistry

Müller’s father was a dentist who had his own surgery. Even though Müller the son denied his father’s wish of becoming a dentist and inheriting the practice, he still learned how to make plaster impressions, i.e. models, at an early age. This is owed to his father’s heavy involvement in the technically and creatively challenging art of making special dentures for soldiers with facial injuries. Instead of dentistry, Gerd Alfred was clear in his desire to study interior architecture at the Wiesbaden school of applied arts. The school required an apprenticeship in a manual trade for admission, so he became an apprentice carpenter at a restorer in Frankfurt.

Joining Braun as a model maker

Müller came to meet Dieter Rams at his trade school back when he was an apprentice. When Artur Braun was looking for a plaster model maker for the redesign of his food processor, Rams – now employed at Braun – suggested his former schoolmate. While everybody each had their own duties initially, a design department was formed at Braun in mid 1956 when Rams, Müller and Roland Weigend moved into a shared workroom equipped with a slicer, lathe and drafting table. As for Müller’s methodology, he would build a model out of a form right after a quick sketch was churned out. He worked a great deal with wood and plaster for food processors and razors.

The many details like these show how small the teams were and how little-defined their responsibilities were – and how infinitely far removed they were from authorial design and marketing-driven star status. Both are reasons why the work of designers such as Gerd A. Müller has largely stayed unknown, and they echo throughout Hornfischer’s summary of Müller’s years at Braun: “While Rams started at Braun as an (interior) architect, Müller – a designer – designed the successful KM3 food processor under Artur Braun. Rams, who designed his first products shortly afterwards, was given more responsibility bit by bit in the newly established design department. In connection with this, he ultimately achieved a certain degree of renown as head of the design department. Müller, on the other hand, was not named as the originator of his designs for Braun until the 1980s, which is also due to a decision by the Braun brothers not to name individual designers.” Consequently, as Tassilo von Grolman put it, Müller always stood somewhat in the shadow of Dieter Rams.

Müller started working as a freelance designer in 1960, calling his firm “Innovation und Design – Atelier 8”. The number eight was his lucky number and his favourite, too. Wega Radio GmbH was one of his first clients. Hornfischer says that even the Wegavision 2000 television “was an anonymous company design that can possibly be attributed to Gerd A. Müller”. What is certain is that he designed the successor device, the Wegavision 3000, as well as other Wega System 3000 televisions and record players (1965/66). Aside from well-known writing instruments such as the Lamy 2000 from 1966 and Lamy unic from 1984, Müller also designed a boiler for Buderus, a sewing machine and the abc 2000 typewriter for Kochs Adler and a few more things. After an initial period focusing on industrial design, his emphasis moved more towards graphic and exhibition design. It is particularly surprising that Müller became involved in conservation and environmental activism through his cousin Rudolf Schreiber starting in the mid-1970s. He designed not only the logo of “pro natur”, but also marks for “Friends of the Earth Germany (BUND)” and “Pro Mehrweg” as well as book covers for titles such as “Rettet den Wald” (“Save the Forest”). Müller was active in the Deutscher Werkbund Hesse and was one of the founding members of the Deutscher Designer Club in 1989. “What I do”, he once confessed, “ought to serve people – directly and indirectly. Serving, however, makes dominating impossible. That means I try to make inconspicuous design that is subordinate and blends in.”

Unknown, but not insignificant

The author retraces all of this and much more with precision, making the book a fantastic gain. Despite the sparse resources available, readers learn a lot about Gerd A. Müller and industrial design in West Germany, especially during the 1950s to 1970s. With the publication’s positivist approach, it is certainly noticeable that it emerged from a university thesis that Hornfischer wrote under Professor Klaus Klemp at Offenbach University of Art and Design in 2019. In some places, it would have been desirable to have a deeper interpretation or an expanded horizon. It is especially a pity that the numerous black-and-white photographs, be they of products, trade fair displays, private meetings or Müller’s house in Eschborn, are mostly presented in a miniature size which is difficult to make out, even with a magnifying glass. When it comes to Hornfischer’s assessment of Gerd A. Müller, though, this does not change anything: while he was unknown, he was anything but insignificant.

Gerd A. Müller.The Designer Who Got Forgotten 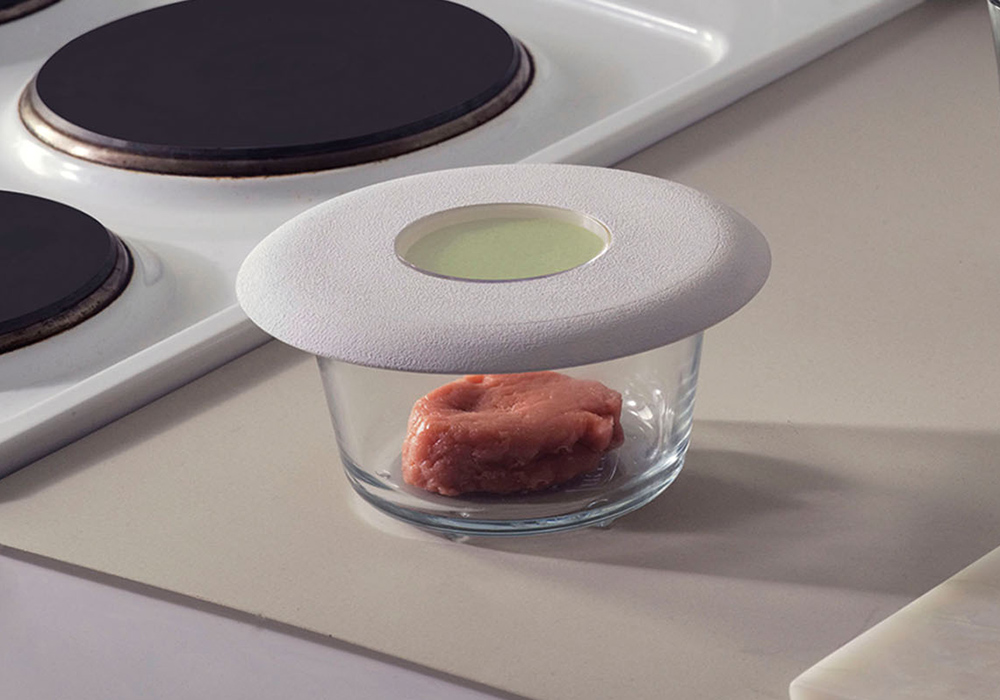 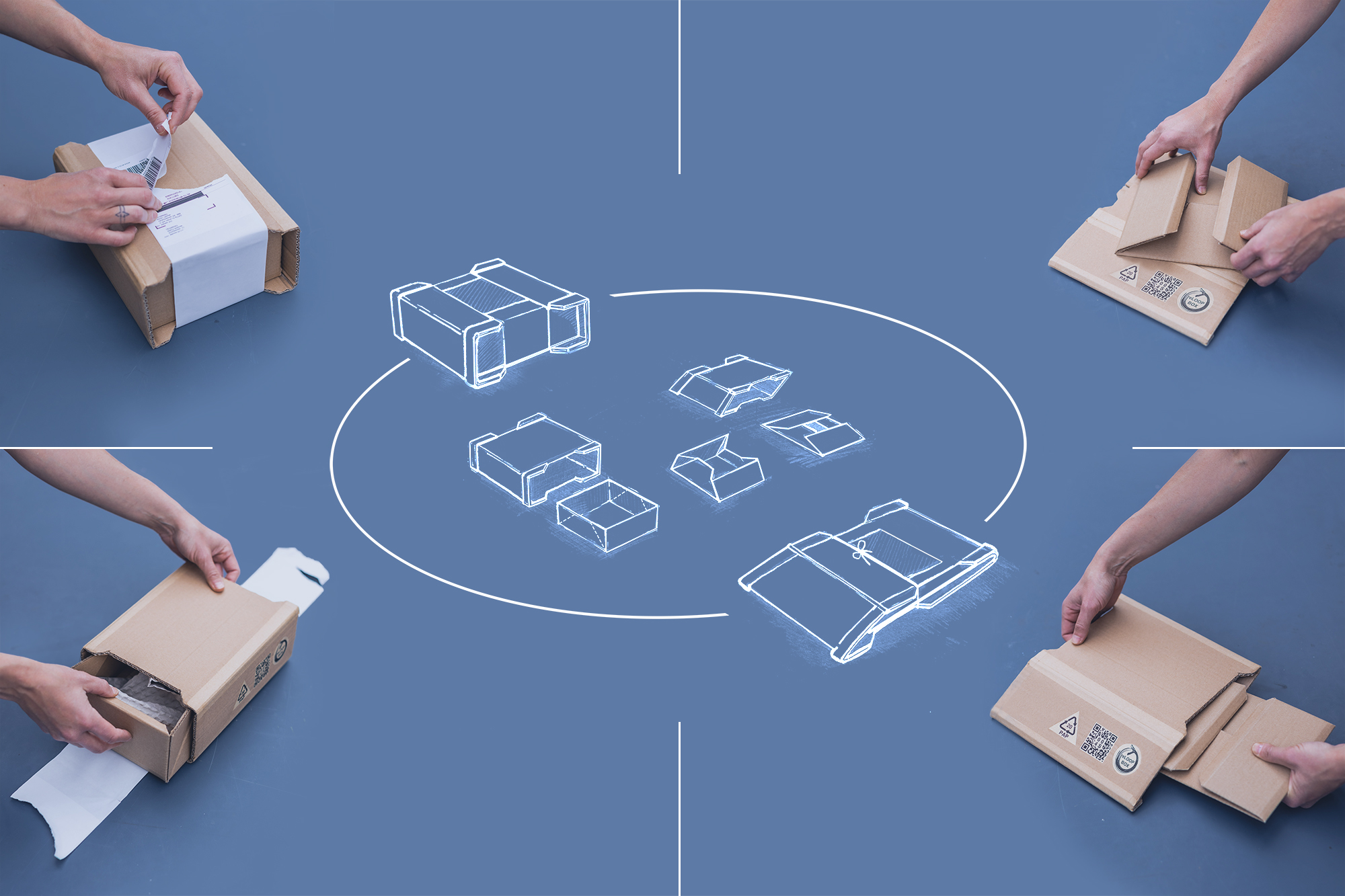 Circular Economy: In a cycle out of the permanent crisis