Hans Hillmann (born 1925, died 2014) was an important graphic designer and illustrator who is considered one of the original minds behind the modern German film poster. He started creating film posters back in his college days in Kassel. In 1954, he began collaborating with film enthusiast Walter Kirchner from Göttingen, who brought masterpieces of international film history and recent arthouse cinema to Germany through his company Neue Filmkunst. Hillmann’s novel pictorial ideas ensured they received adequate attention. By the mid 1970s, more than 150 posters had been created for films by Akira Kurosawa, Sergio Leone, Jean-Luc Godard, Pier Paolo Pasolini, Luis Buñuel and Ingmar Bergman. In 1961, he received a professorship in Kassel, where he was one of several key influences on the Kassel poster school. He worked as a successful illustrator alongside that, first for culture magazine “twen” under art director Willy Fleckhaus and then for “Frankfurter Allgemeine Magazin” after 1980. Hillmann also designed theatre posters, publisher brochures and covers for books by John Updike, Ernest Hemingway and Jack London. To achieve his idea of a complete film in paper format, he spent multiple years transposing the plot of Dashiell Hammett’s thriller “Fly Paper” into hyperrealistic watercolour illustrations. The book was published in 1982 and set new standards for graphic novels.

The idea of a Hans Hillmann Online Archive was created to celebrate the designer’s 95th birthday. Together with Marlies Rosa-Hillmann, the designer’s widow, new scans of objects in his estatewere produced for the purpose. The website has grown and now makes about 800 film posters, book covers and magazine illustrations accessible, spanning seven decades of his graphic-design career. It represents the first time that the entire life work of a significant graphic designer has been made so comprehensively available in a digital format. Düsseldorf-based design studio vista is overseeing the database. In addition to the online archive, the publication “Moving Pictures” (Optik Books Düsseldorf, ISBN 978-3-9822542-0-3, EUR 38.00) is releasing all of Hillmann’s film posters in a large-format, illustrated book for the first time. 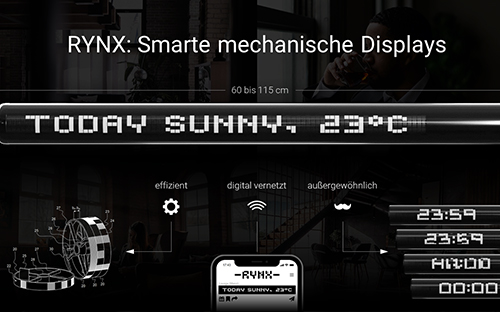 The display start-up RYNX is looking for a strategic investor 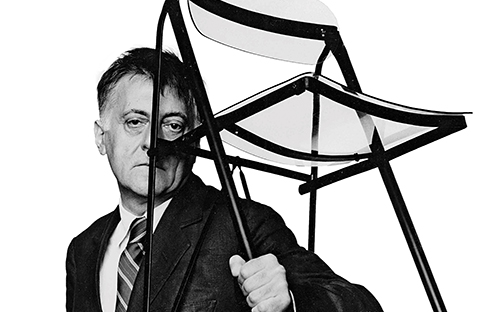