The brands Herman Miller and Knoll have been the epitome of modern 20th century American design since the 1940s. While many of the designers who worked for these influential furniture manufacturers were friends with each other, the companies themselves constantly competed for the most appealing contracts. The Herman Miller Collection was largely shaped by Charles Eames and George Nelson (though Vitra holds the rights to it in Europe). While Harry Bertoia, Eero Saarinen and Florence Knoll worked for Knoll. Designers such as Isamu Noguchi, Charles Pollock and Alexander Girard completed work for both manufacturers.

It was recently announced that Herman Miller is going to acquire Knoll for a total of USD 1.8 billion. The arrangement provides for Knoll’s shareholders receiving USD 11.00 in cash and 0.32 ordinary shares in Herman Miller for each ordinary share held in Knoll. When the transaction is completed, the Herman Miller shareholders will own roughly 78% of the post-merger company whilst Knoll shareholders will own about 22%. The merger was approved unanimously by both companies’ boards of directors and is expected to close by the end of the third quarter of 2021.

Herman Miller had previously acquired furniture brand Hay and leading US online retailer Design Within Reach, whereas Knoll brought the brand Muuto into its portfolio in 2020. Following the merger, Herman Miller and Knoll collectively will have 19 leading brands, presence across over 100 countries worldwide, a global dealer network, 64 showrooms, more than 50 physical retail locations and global e-commerce capabilities. “Together, we will offer an extensive portfolio of brands, technology, talent and innovation, to create meaningful growth opportunities in all areas of the combined business,” said Andi Owen, president and CEO of Herman Miller. 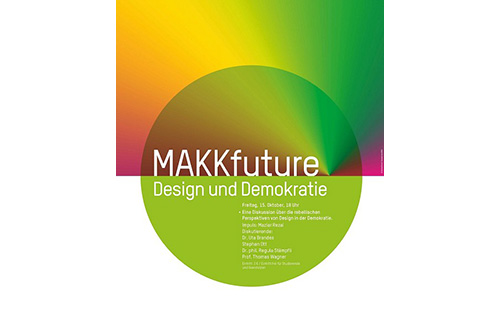 Design and Democracy. A discussion at MAKK