The People’s Republic of China is one of the world’s largest economies. In recent years, China has developed at a breathtaking pace, becoming a production location for highly innovative technological products. Should medium-sized German companies be worried? Not at all, says Lutz Dietzold, managing director of the German Design Council, founded in 1953 as an international competence centre for communication and knowledge transfer in design, branding and innovation. In an essay first published in „The Major German Brands 2019“, Dietzhold explains the advantages of mutually beneficial cross-cultural exchange in business..

Interacting on an Equal Footing

Brand and Design as Values in Global Competition

In English, one talks about »the elephant in the room« to refer to an obvious truth that is either being ignored or going unaddressed. In terms of globalisation, it is clear who the »elephant« is – the People’s Republic of China with its enormous population of around 1.37 billion, an almost unimaginable number of people, which both inspires hope in relation to potential new markets and fear in the face of overwhelming competition. Recent examples of this oscillation between extremes include alarmist headlines, such as »China is buying up Germany’s small firm sector!«. The reality, as (suggestion) is so often the case, is more complex and differentiated. More and more German companies, especially small to medium-sized enterprises, are following the example set, for example, by car firms and are either going it alone or partnering with other European or Chinese companies to create inroads into the »Middle Kingdom«, which they see both as a key market and as an interesting production location. On the other hand, Chinese investments in Germany really are increasing at an astonishing pace. Listening to the affected companies, the spectrum of emotions ranges from enthusiasm for the investor, the enabler of strategic growth, to scepticism given the cultural differences between existing staff and the new owners – just as in real life.

So, is there any reason for German companies to panic? No – but, there is every reason to learn more about China, the economic powerhouse that has made the transition from an emerging economy to a thriving high-tech centre within just a few decades. This is the only way to ensure that interactions take place on an equal footing and in the absolute absence of any kind of fatal hubris or arrogance. For it is certainly the case that, for example, the Germans’ highly developed engineering skills are not rooted in some genetic predisposition, but rather are the result of many generations of experience, specialisation and cultivation of the relevant abilities. Yet, the natural sciences and technology are the »lingua franca« of globalisation: the functioning of the laws of nature, mathematical formulae and computer programs is completely independent of state borders. Given the huge investment being made by China but also, for example, India in the training of engineers, it would be irresponsible to think of the head-start we happen to have in this field as somehow preordained. Millions of young engineers graduate from universities there each year. Yet, what if, in this context, quantity triumphs over quality in case of doubt, and the global technical standard continues to level out?

As a centre of technology, Germany continues to have the potential to play a leading role on the international stage – but not if achievements, such as the excellent training available in universities and industry, are recklessly squandered. However, in a competitive market, cultural factors, such as those expressed in such things as brand and design, will undoubtedly become more important and decisive in terms of differentiation. On the one hand, culture always draws upon regional references but, on the other, it thrives on interaction and communication. Both European and German culture continue to be held in high regard in Asia: their outstanding achievements, from Beethoven to Bauhaus, are part of the standard canon taught at Chinese universities. Not infrequently, Chinese guests surprise us by reciting Goethe or Schiller – how many Chinese poets do you know? Our brands are appreciated and are still often copied, but Chinese consumers, who can afford it, prefer the originals, especially in the case of premium products such as fixtures and fittings from Dornbracht or Nomos Glashütte chronometers.

As the organiser of competitions such as the German Design Awards, the German Design Council is well positioned to point out that the interest shown by Chinese manufacturers and designers in measuring themselves against the standards established in this country for design quality, and in competition with their German colleagues, is increasing from year to year. More and more participants in our award competitions hail from Asia – and they are increasingly to be found among the winners. On the other hand, German design firms, such as TEAMS from Esslingen, Phoenix Design from Stuttgart and DesignAffairs from Munich have been very successful in establishing offices in China. As the German Design Council, we are completely convinced that our core focus, namely on brand and design, is ideally suited for the creation of platforms for inter-cultural exchanges, for encounters at both the technical and personal levels, because the confidence and trust required for collaboration on an equal footing can only be built through personal encounters.

Therefore, an expansion of the German Design Council’s China-oriented activities and contacts is definitely on the agenda, which will be reflected more strongly in our programme going forward. Moreover, our members from industry, and especially from the small to medium-sized enterprise sector, would certainly welcome greater backing and strategic support, of a kind that is taken for granted in China, from German and European industrial policy. The direction for entrepreneurs is clear: it is vital to exploit and consolidate our existing lead through investment in training and research, whilst simultaneously refining such factors as brand and design profiles by investing them with specific cultural references and tradition among other things. In Germany and Europe, we will come not only to accept, but also to value, China as both a competent competitor and a national economy striving for wealth and prosperity. What is important is to create a global economy with rules that also offer security for competitors of different strengths and in which culturally imbued values, such as brand and design, are also accepted as legitimate currency.

In 2011 he was appointed deputy chairman of the Stiftung Deutsches Design Museum (German Design Museum Foundation) and member of the advisory council of the Mia-Seeger-Stiftung (Mia Seeger Foundation). Mr. Dietzold publishes articles on a regular basis and gives national and international lectures on a variety of topics relating to design. He is also a member of numerous juries as well as of the project advisory board of the German Federal Ecodesign Award of the German Federal Ministry for the Environment, Nature Conservation, Building and Nuclear Safety.

This article was first published in “The Major German Brands 2019”. 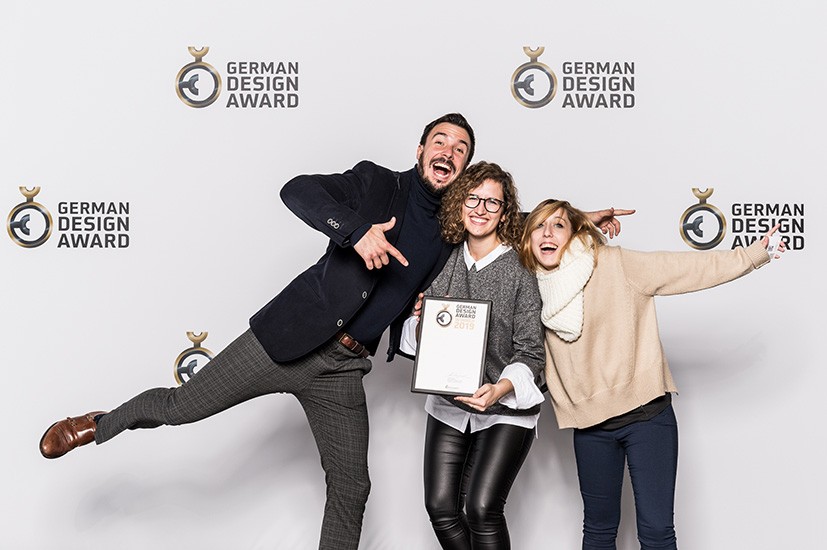 Spatial concepts for brand communication of the future