Simply “Making Things” was the title of the exhibition Issey Miyake set up at the Museum of Contemporary Art in Tokyo in 2000. And yet it set standards, not only in terms of the diversity of his own creations, but also in terms of the presentation of fashion – and, in a certain sense, of design of all kinds. It was Issey Miyake’s passion to create things rather than destroying them.

Anyone who had expected his colourful, shiny gold and silver designs to have been thrown over faceless dolls in the museum as usual was taken aback by the wealth of ideas with which not only products but processes were staged here. It began in the first room with the jackets, dresses and skirts laid in fine, precise folds that made the fashion designer famous. They were not simply there either, but rather peeled out of a covering of paper covering the walls and no less folded.

The pleated fabrics, precisely laid in folds, which Miyake developed in the 1980s, have long been the hallmark of his fashion. They have always been more than an ironic reaction to the austerity of a courtly tradition. “Pli selon Pli”, the folds give thin fabric not only volume but also an inner resilience that makes the fabric move, makes it appear alive.

In the exhibition, this was demonstrated playfully and with great hilarity in a large hall, as numerous creations such as colourful concertinas or bellows were alternately pulled apart and pressed together, dancing up and down. While many pleated fabric factories had to give up due to low demand, Miyake had dresses and blouses pleated under “Pleats Please” that remain movable in shape, whose colours change – and are comfortable on top.

For Issey Miyake, the path into fashion offered the chance to overcome the trauma he had suffered as a child: born on 22 April 1938 in Hiroshima, he experienced the explosion of the atomic bomb dropped on his hometown on 6 August 1945 as a seven-year-old at school. Many of his family were killed. His mother died after three years from the effects of the strong radiation. He himself was diagnosed with a bone marrow disease, which caused him to limp for the rest of his life. Later he wrote: “When I close my eyes, I still see things that no one should ever experience”. And he added: “I have tried, though unsuccessfully, to leave them behind, preferring to think of things that can be created rather than destroyed, and that bring beauty and joy. I chose clothing design also because it’s a modern and optimistic form of creativity.” Now Issey Miyake has died, exactly one day before Hiroshima commemorated the dropping of the atomic bomb 77 years ago.

Miyake’s cheerful round of making continued in the exhibition via objects whose production could be followed in films projected onto the floor and ended with a huge, metre-high roll of the experimental collection “A-POC”, with which the designer invited the users themselves to make and create. A-POC, an acronym for “a piece of cloth”, consists of a seamlessly woven tubular fabric that can be cut into individual garments with scissors and thus individually tailored into different garments. The whole thing can also be understood as a metaphor for tailoring itself: It doesn’t take more than “a piece of fabric” cut correctly to make fashion. No fashion designer before him had left more freedom of decision to his customers and involved them in the creation of their clothes.

In terms of his international reputation as a fashion designer and his name recognition, Issey Miyake is on a par with Rei Kawakubo, Yohji Yamamoto and Kenzo Takada. Extravagant silhouettes, heavily pleated fabrics, discreet in black but also in bold colours, futuristic-looking designs in silver and gold foil, all these revealed his full skill and proved again and again his feel for the zeitgeist. He also used computer technology early on to be able to realise his design ideas while weaving the fabrics.

In 2005, Issey Miyake was honoured for his life’s work with the Japanese “Praemium Imperiale”, which is also considered the Nobel Prize for the Arts. One year later, he was awarded the Kyoto Prize. The design of the Issey Miyake shop Bao Bao in Tokyo’s Shinjuku district by the architects of MOMENT (a ten-metre-long and only 1.5-metre-wide corridor between two shops), was awarded the Iconic Awards “Best of Best” by the German Design Council in 2013. With its triangles, the minimalist shop concept perfectly corresponded not only to the “Bilbao” bag but also to the brand’s design aspirations.

It was important to Issey Miyake to make fashion that works in everyday life which is proven by the black turtleneck jumper he designed for his friend Steve Jobs. But with all his creations he has also proved: It is possible, in spite of everything, to bring beauty and joy into everyday life after Hiroshima. Designer Jamy Yang about Western and Eastern design traditions Chinese designer Jamy Yang has made a name for himself as a kind of evangelist for fusion between craftsmanship and innovation, … Continue reading Deconstructing East and West From American suburbia to the fashion Olympus: Virgil Abloh’s rise to become one of the last decade’s most influential personalities in the design world of was meteoric. On 28 November, … Continue reading Virgil Abloh. Design, for purists and tourists 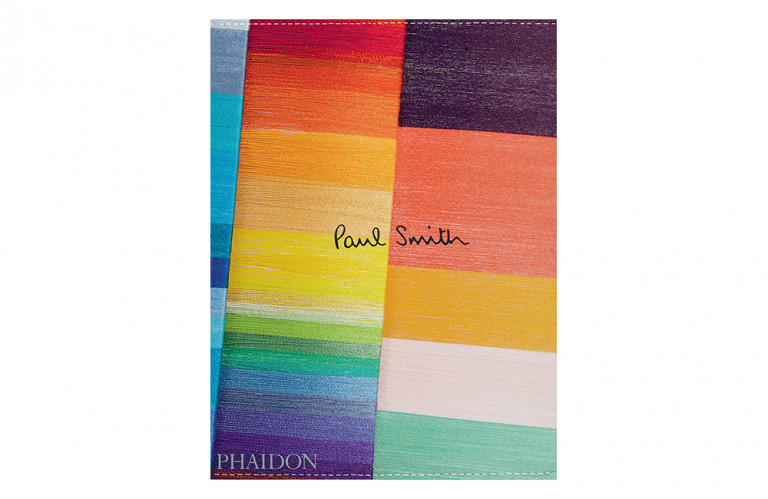 Paul Smith is considered a charismatic designer who produces more than fashion. A new monograph published just in time for his brand’s 50th anniversary captures the spirit and coolness of … Continue reading Paul Smith – Cheerful and stripy A successful tour of the USA with design workshops for schools