He developed principles for ethical design under GDR conditions: obituary for the industrial designer Karl Clauss Dietel who passed away on 2 January at the age of 87.

Designing things of use is one thing. Developing a perspective from which to do this under the given social and historical conditions and then articulating it clearly is something else. Karl Clauss Dietel was good at both: he designed numerous GDR products such as the Simson S50 moped, the rk5 radio or Erika typewriters, thus making design history in East Germany. And he formulated and taught principles of design that are suitable for widening the view of the social position of design today. Precisely because they emerged from a different social perspective and under different conditions of production and consumption.

Some products designed by GDR designers appeared in the West as if they were counterfeit goods. With the “Erika”, for example, Dietel developed a light typewriter that was not only widely used in the GDR; it was also sold in the West by the mail-order company “Quelle”, albeit under a different name. The fact that, despite a lack of materials, fresh design was initially inspired by Western companies such as Braun and also appreciated in the East is shown by the heliradio rk5 sensit with its K20 spherical loudspeakers, which Dietel developed from existing blanks for globes. Dietel and his colleague Lutz Rudolph also created a comprehensive corporate design and a new logo for Heliradio, the radio equipment manufacturer Gerätebau Hempel KG.

Together with Lutz Rudolph, Dietel designed a “Wartburg 353 C” with a hatchback in 1965/66. The car did not go into series production, but it influenced the design of the series version of the “Wartburg 353” for which designer Hans Fleischer was responsible. The model was a counterpart, as it were, to the prefabricated construction of GDR architecture. And when the GDR was still able to keep up with the West in the competition for technical progress in the mid-1960s, Dietel created an EDP system for the Robotron company and a magnetic tape storage unit for Carl Zeiss Jena in the area of capital goods design. As a pioneer of design “at the cutting edge”, Dietel was awarded the Design Prize of the Federal Republic of Germany in 2014 for his life’s work.

From bodywork to design

Dietel was born on 10 October 1934 in Reinholdshain, Saxony. Since his father was, the owner of a car rental business, was considered an entrepreneur as, the son was denied grammar school and thus also the dream job of architect. So he learned to be a machinist and decided to study the new subject of car body construction at the engineering school for motor vehicle construction in Zwickau, the home town of Horch and Audi. In 1956 Dietel enrolled in Berlin-Weißensee for additional training in mould design. The border between both Germanies was still open, so the young designer soaked up all the art, architecture, literature and music he could get. After graduating, he worked for two years in automotive engineering in Karl-Marx-Stadt (now Chemnitz). In 1962 he became a candidate in the Association of Visual Artists in Germany to be able to work freelance. Dietel also worked as a teacher. From 1967-1975 he taught at the Burg Giebichenstein College of Art in Halle, and from 1977 at the Schneeberg College of Applied Art, where he was director from 1986 to 1990.

Dietel not only worked as a designer; he also developed his own design philosophy, centred on the “open principle”. According to this principle, a design should be open for maintenance, repair and, if technical innovations make it necessary, the replacement of individual components. The principle can be traced back to numerous models, such as the S 50 moped for the manufacturer Simson Suhl. Based on the basic design by Clauss Dietel and Lutz Rudolph from 1967, around 15 generations of the moped followed until the end of the GDR. The largely freely placed elements of the modular design could be used again and again, even if they were technically renewed. Individual variants were also possible in this way. In this way, durable and ecological objects were created in combination with fashionably neutral forms.

The five great L’s of design

In the early 1980s, Dietel published his product philosophy under the title “The Five Great L’s”, which incorporated the Open Principle as well as questions of longevity and use. For Dietel, our things should be “long-lived”:

“Humanity points beyond the time of a human being. Things are not to be designed for the day and soon to be thrown away, but for long use. The patina of use as an aesthetic appeal of use and need must be possible on the products. Moral wear and tear should not come before, but after the end of use. The ancients made and built things that served at least three generations. Today, one generation very often throws things away more than three times. This principle is to be overcome by attitude. It presupposes an ‘open principle of design’.”

Dietel’s basic principle of a “living functionalism” turned against “closed, monofunctional and technicist practices” and opposed an “economy of quality and use” to an “economy of profit” in the spirit of socialism.

Not only should our things be durable, they should also be “light” so as not to make things so difficult for us. Every thing in the room should be “little”, and all things that achieve their function with the smallest volume make people bigger: “It should behave in a serving way, burden people little – set them free”. Furthermore (L number four),  the second nature that man creates for himself should be “life-friendly”. As a “social being”, but of “biological nature”, he cannot “do without it given the risk of his existence”. Accordingly, Dietel demanded , from a different model of society and long before the debates about sustainability versus greenwashing: “Manufacturing, distribution and use of things must therefore be developed towards ecological responsibility through their design. All biological processes should not be burdened but promoted”.

And, last but not least, “the things around us would like to behave quietly” [or ‘low-voiced’], “conducive to conversation, serving the muse, play and creative effort, not disturbing them all”. When Dietel added that noise was “still to be fought like the plague” and that the “noises of things” still largely awaited “creative order” in order to “make them related to language and music”, this also speaks of a holistic and synaesthetic understanding of design.

In 1992, Dietel had remarked in an interview with Elke Trappschuh that the experiences of the Eastern designers could also be of interest in the West. To which Trappschuh replied: “When you have the opportunity to choose between many colourful dolls, the poverté is actually always the last thing you choose voluntarily.” Beyond the question of how designs created in a planned and often scarce economy affect a Western gaze accustomed to visual stimuli, rapidly changing consumer goods and aggressive marketing, Dietel’s ethics of design can be used to study a perspective that hastily landed on the rubbish heap of history and has long since regained relevance. As his family announced, Clauss Dietel died in Chemnitz on 2 January at the age of 87. 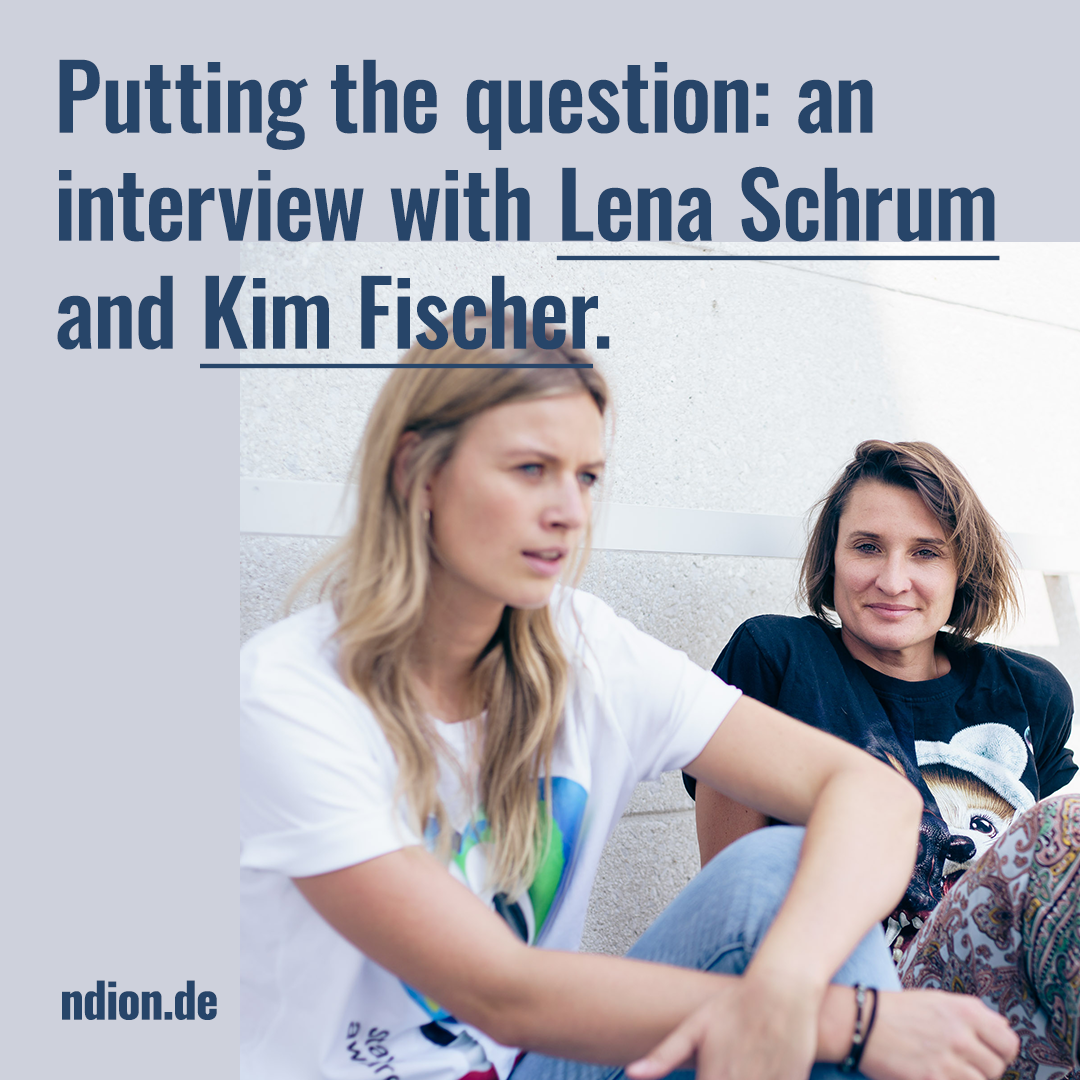 Kim Fischer and Lena Schrum from Aware: “It’s Fun to be Able to Live Sustainably”