Andrea Mayer, junior minister for art and culture in Austria, has announced that Lilli Hollein, director and co-founder of Vienna Design Week, will become the director of Vienna’s Museum Angewandte Kunst (MAK) as of 1 September 2021. The design expert will hold the roles of General and Academic Directors, succeeding Christoph Thun-Hohenstein when his second term in the position expires at the end of August. Teresa Mitterlehner-Marchesani’s contract as Business Director will be renewed. Lilli Hollein “possess the competence needed, years of experience, vitality and excellent soft skills,” said the minister, adding that she stands for design expertise and being a team player while offering superb connections and a high level of trust among the art community. The degree-holding industrial designer has developed and honed her technical knowledge, international network and expertise in exhibition and event planning over 15 years with Vienna Design Week, Austria’s largest design festival.

Lilli Hollein is the daughter of architect Hans Hollein and a sister to Max Hollein, director of the Metropolitan Museum in New York. She has announced her desire to make the building on Vienna’s Stubenring more appealing to a broader audience once the coronavirus pandemic has been overcome. She believes that the Ferstel-designed building’s 150th anniversary in November is a great occasion “to tear open the doors and windows”. The newly designated chief also intends to focus on communication and “innovative formats”, acknowledging, “It is not an easy job trying to get young people interested in lace.” However, she says a new approach can be created by involving work from figures such as Bertha Pappenheim – Sigmund Freud’s first patient and a key proponent of the women’s rights movement: “It is about narratives and contexts that create new perspectives.” Hollein also announced that she wished to concentrate on colonial aspects and a “feminist perspective of the collection”. 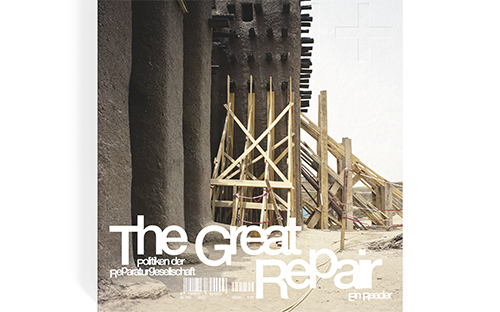 Arch+ #250. The Great Repair – Politics of the Repair Society