He was the first and, so far, the only designer to receive the National Medal of Arts, the greatest award for an American artist. It was presented to him by Barack Obama. His “I (heart) NY” rebus made him world famous. This graphic artist, illustrator, branding specialist and New Yorker has now passed away at 91 years of age.

An obituary by Gerrit Terstiege.

Milton Glaser was one thing above all throughout the last two decades of his long life: a guru. He could fill vast lecture theatres and was a fantastic conversationalist; he was a charming educator at various colleges and universities, especially the School of Visual Arts. Numerous videos and interviews on YouTube make it clear what Glaser thought of his profession and his own work. He boiled down some of these thoughts very incisively with slogans such as “art is work” and “drawing is thinking”, which are reminiscent of his succinct profession of love to his home town: “I (heart) NY” (1977).

The city back then was in quite a run-down state and the terse slogan was intended to boost civic spirit and make locals proud of their city. Glaser had no idea at the time that it would become one of the strongest logos worldwide (with thousands of adaptations for all types of subjects).

He boiled down some of these thoughts very incisively with slogans such as “art is work” and “drawing is thinking”, which are reminiscent of his succinct profession of love to his home town.

When he was 85, he was again given the chance to witness a new, graphic creation of his on buses and billboards. He was asked to design an advertisement in 1960s style for the final season of the television series Mad Men. Glaser, however, was never a classic advertising man. The last conversation that we had was about precisely that era portrayed in the series, the one of smart, scotch-drinking and cigarette-smoking copywriters and art directors on Madison Avenue who sold the American dream.

Glaser waved his hand dismissively. “I deliberately stayed away from typical agency jobs, save for a small number of exceptions. They usually come with so many strings attached that nothing adventurous or extraordinary is possible. As a creative, you very quickly notice the narrow limits that are set in classic advertising. You can earn a lot of money in it, without question, but the overall atmosphere can have a very destructive effect on creativity. I was part of the scene, of course. I knew the world the series takes place in very well.”

From South Bronx to Bologna

Glaser also had a special presence in American graphic design in the 1960s. It developed with his rejection of those years’ purism, which was shaped by Swiss graphic design. The clean shapes and sharp layouts, typical of his New York–based colleague Massimo Vignelli for example, were not Glaser’s thing. Limiting himself to primary colours in his designs, for example, would hardly have crossed Glaser’s mind. He studied at Cooper Union, a famous creative workshop, from 1948 to 1951.

However, what deeply shaped him as a person and designer were his studies as a Fulbright scholar at the Accademia delle Belle Arti in Bologna, where still-life painter Giorgio Morandi became his master. This is where the boy from South Bronx, the son of Hungarian Jewish immigrants, came into contact with Italian Renaissance painting. In it, he discovered new possibilities for lucidly and distinctly connecting contemporary issues and products with the style and subjects of the old masters.

One of his most delightful works happens to advertise the Valentine typewriter from Olivetti. Glaser’s poster is a variation of part of a painting by Piero di Cosimo, which today is on view in the National Gallery in London and portrays a scene from Ovid’s Metamorphoses as its subject. Glaser said, “I still find it amazing that Olivetti accepted this design from me. Giorgio Soavi was Olivetti’s creative director at the time – a poet, writer and simply sophisticated guy. I loved this painting by di Cosimo, above all because of the sorrowful dog in this magnificent metaphysical landscape.”

Returning from Italy, Glaser became a partner at Push Pin Studios, which had been established in New York by three of his former fellow students. A mundane coincidence in 1966 would lead to a project that would help provide Glaser with indisputable fame. Bob Dylan had crashed his motorcycle during the summer of that year and had to withdraw from public view for a long time after. Glaser had an excellent relationship with Dylan’s record company, Columbia, and they asked the graphic artist to design a poster to accompany a hastily compiled greatest-hits collection.

Glaser’s knowledge of art history once again proved useful for him, with a small-scale silhouette – a self-portrait of the surrealist and Dadaist Marcel Duchamp – becoming his inspiration for the design. Glaser replaced Duchamp’s profile with Dylan’s and transformed the rock star’s wild curls into colourful, snake-like arabesques. A graphic icon was born. Far more than five million copies of the record and poster were sold and the rendition of Dylan subsequently adorned Glaser’s own first greatest-hits collection – in book form, Graphic Design (1973). In the 1970s, it became one of the most successful publications about the art of illustration ever.

Drawing on the past

Readers leafing through the book today will not only recognise many parallels with artistic movements, but also feel reminded of Glaser’s German colleague Heinz Edelmann. They were both masters in their field and produced strikingly similar work for a period of time, from sensitive lines to the treatment of image space and the wealth of detail in the worlds they conceived through illustration. Both graphic artists drew on the past and transformed it into something contemporary; juggled ornamentation, quotes and styles; and greatly appreciated one another.

Edelmann, however, at some point turned away from the modern, surreal style that his animated film for the Beatles, Yellow Submarine, made a feature of. Glaser also immersed himself in his editorial design work for New York magazine, the weekly that he had co-founded. It is still published today, though Rupert Murdoch hijacked the title through a hostile takeover in 1976 and forced Glaser out soon after.

By that time, though, his firm Milton Glaser Inc. had long become successful and grew with the size of its new projects, which increasingly involved institutional branding as well as restaurant fit-outs. Glaser even redesigned entire supermarkets in the 1970s and 1980s, from the logo to the signage and the packaging of many generic brands. From today’s perspective, not all the interior and graphics designs he gave restaurants would still impress. His book Art Is Work, published in 2000, also included weaker projects that were realised by his firm. Every so often he found time to look at the truly great themes of world literature, designing a number of book covers (his Shakespeare cover being wonderful) and illustrating the Purgatorio part of Dante’s Divine Comedy.

It was a long journey from being excited about Morandi bottles to the current label design for Brooklyn Brewery – full of highs and lows, full of risks and full of successes and setbacks. When a young designer asked him not that long ago about what he thought makes life meaningful, Milton Glaser replied with an emotion-filled voice, “The only thing that makes life meaningful is your relationships with other human beings. Everything else – fame, money, reputation – is bullshit.”

Glaser’s journey was unique and would barely be possible today, in these times of detailed market research studies and strategically sequenced design processes. His intuition acted as a compass for him. He once declared, “I don’t believe in logic. Because logic is just a small part of the experience and a small part of understanding. Intuition is much more powerful and much more significant.” The words of a guru! Although he is silent now, he lives on in his great work.

The only thing that makes life meaningful is your relationships with other human beings. Everything else – fame, money, reputation – is bullshit.

Gerrit Terstiege, for many years editor and editor-in-chief of the design magazine form, today writes for companies, websites and magazines such as Art, Monopol, Mint and Rolling Stone. He lives with his family in Freiburg. 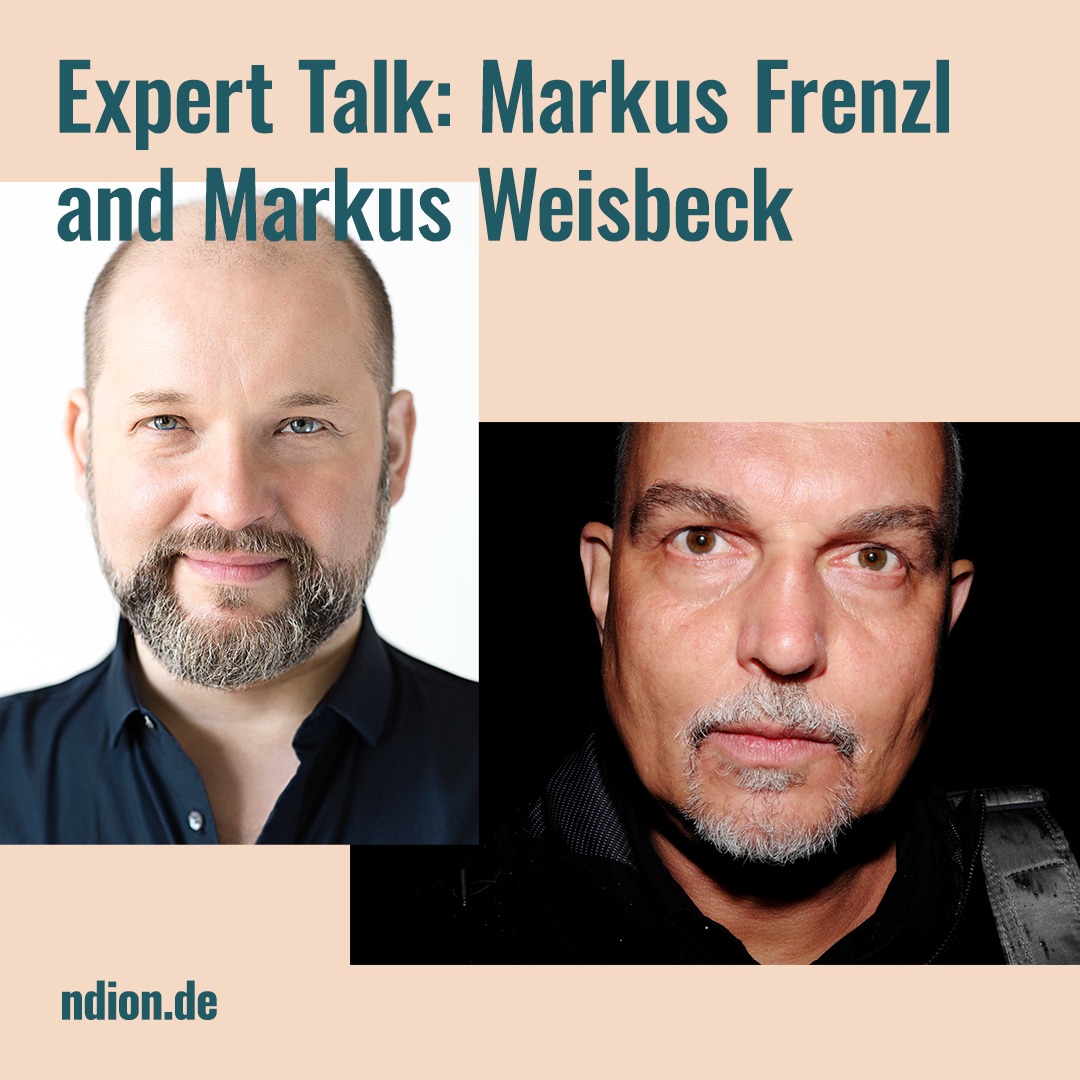