President of the European Commission Ursula von der Leyen announced the New European Bauhaus initiative in her 2020 State of the Union address. The design stage has now been launched and the website for it is now in operation. The name of the initiative denotes an ambitious project that, as von der Leyen described in her address, is intended to support the European Green Deal, which in turn seeks to make Europe the first carbon-neutral continent by 2050. The plan is to create a space for interaction in order to design future lifestyles located at the interfaces between art, culture, social integration, science and technology.

The recently launched design stage aims to develop the concept through a co-creation process. This involves studying ideas, identifying needs and challenges and connecting interested groups of people with each other. Building on this, there are plans to put out a call for concrete entries in autumn this year and bring the European climate initiative to life at no fewer than five locations across the EU member states by using EU funds at local and national levels. Ursula von der Leyen said, “The New European Bauhaus is a project of hope to explore how we can live better together after the pandemic. It is about matching sustainability with style, to bring the European Green Deal closer to people’s minds and homes. We need all creative minds: designers, artists, scientists, architects and citizens to make the New European Bauhaus a success.”

More news and articles on this topic. 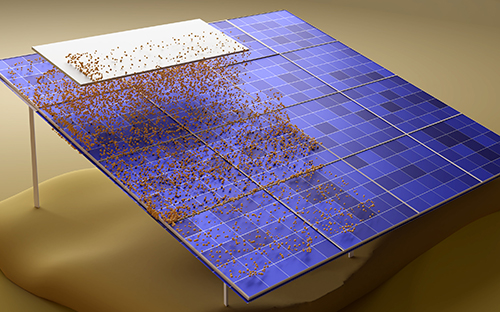 HSBC survey. Impact of the coronavirus pandemic on businesses

Messe Berlin launches digital platforms on the topic of mobility