Innovations are becoming more and more important for businesses. While counterfeits in the machine-building sector may not be as publicly visible as they are with consumer goods, product and brand piracy still causes businesses in the sector to lose billions of euros, an amount which has grown even further in the previous two years. According to the recent “Product Piracy 2020” study by the German Mechanical Engineering Industry Association (VDMA), the annual losses have now grown to EUR 7.6 billion, up from EUR 7.3 billion in 2018. Steffen Zimmermann, head of the VDMA Competence Center Industrial Security, also reveals that a shocking “57% of businesses report there being fakes that pose a danger to their systems.” He says this shows that the counterfeits are not just trivial wrongdoings. The VDMA surveys its member companies every two years about the threats and impacts of counterfeiting. In its current study, which was compiled by the Fraunhofer Institute for Applied and Integrated Security AISEC on behalf of the association, 74% of businesses indicated that they had been affected by product piracy; this proportion rose to 90% when businesses had over 500 employees. Both these figures are new records. The key country for the sale of counterfeits is the People’s Republic of China (61%), followed by Germany (19%) and Russia (12%). Competitors are suspected by 72% of businesses as being the instigators while 41% believe that customers, suppliers or joint-venture partners are the originators of counterfeits. The most frequent counterfeits are individual parts (64%), followed by plagiarised designs (60%). Completely counterfeit machines are put on the market too (40%). Businesses have little hope of obtaining compensation through lawsuits for the losses incurred, as only 26% even file a civil case. Roughly half of the respondents forgo legal action completely. 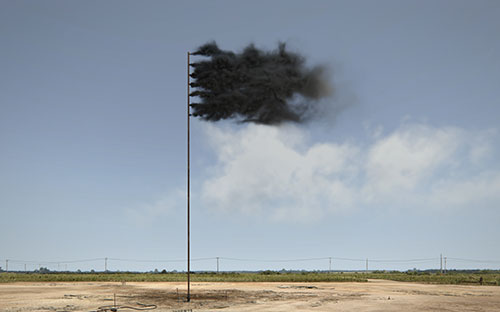 Judd. An exhibition in New York

Life and living in transition: an exhibition in Stuttgart