They are simply everywhere: plastic bottles, fruit bowls, films and packaging made of PET plastic become an environmental problem if they are not recycled. Scientists from the University of Leipzig have now discovered a highly efficient enzyme that degrades PET in record time. With the enzyme PHL7, which the researchers found in a Leipzig compost heap, biological PET recycling could become possible much faster than previously assumed.

Enzymes are used in nature by bacteria, for example, to decompose plant parts. It has been known for some time that some enzymes can also break down PET. The enzyme LCC, which was discovered in Japan in 2012, is considered a particularly effective “plastic decomposer”. The team led by Dr Christian Sonnendecker from the University of Leipzig is looking for previously unknown representatives of these biological helpers as part of the EU-funded third-party projects MIPLACE and ENZYCLE. The team found what they were looking for in the leaf compost at Leipzig’s southern cemetery: In one of seven samples, they discovered the blueprint of an enzyme that dissolved PET in the laboratory at record speed: Within 16 hours, PHL7 decomposed the PET by 90 %; in the same time, LCC degraded just 45 %. “So our enzyme is twice as active as the gold standard among polyester-cleaving hydrolases,” Sonnendecker explains. A plastic tray in which grapes are sold in the supermarket, for example, could be decomposed with PHL7 in less than 24 hours.

The researchers found out that a single component of the enzyme is responsible for the above-average activity: PHL7 carries a leucine at the site where already known polyester-splitting hydrolases contain a phenylalanine residue. Biological PET recycling has several advantages compared to conventional recycling methods, which mainly rely on thermal processes in which the plastic waste is melted down at high temperatures. In addition, biological processes break down the PET into its components terephthalic acid and ethylene glycol, which can then be used to produce new PET – a closed cycle. So far, biological PET recycling is only being tested by a pilot plant in France. The researchers from Leipzig hope that the newly discovered enzyme will also advance biological recycling in practice and are looking for industrial partners for this purpose.

Discover more news on the topic of recycling. 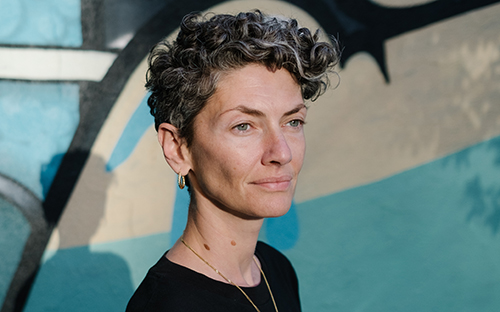