Printed design magazines continue to become rarer. As an international specialist magazine published in German and English, novum has for 96 years presented outstanding work in the fields of graphic design, illustration, corporate design, print, paper and typography every month. It survived the Second World War and informed and inspired designers around the world in over 1,000 issues. With this proud record, the magazine in its current form is now bidding adieu ahead of its absorption into Page magazine. In the final issue’seditorial, publisher Dr Jörg Stiebner writes, “Our magazine has a long, almost century-old history and tradition. Started by K. H. Frenzel at Phönix Druck and Verlags GmbH, then continuing from 1950 for decades at Bruckmann Verlag, we at Stiebner Verlag, a family-run medium-sized firm, acquired the magazine at the start of the year 2000. We are proud of this long period of time, and novum was an exciting success story.” The magazine was reportedly losing sales with every year, to such an extent that “in the end, no financial possibilities remained to continue the magazine in its present form”. However, they managed to find a partner in the form of Page, with the result that they “can offer subscribers, print or digital, a subscription to Page beginning with novum issue 01/02.21”. Readers will have to wait until the next issue of Page to see whether this partnership also influences the magazine’s content.

For the former makers of novum, on the other hand, they are quoted in designtagebuch as describing the move as “less than surprising”. Christine Moosmann, who until recently was chief editor, said that just last year “Stiebner Verlag had been looking to sell novum”. She reports that the novum editorial team was not involved in the decision, and continues, “We had made an offer to keep novum going by ourselves, though the partnership with Page must have seemed more appealing to Stiebner Verlag.” Like all print titles, novum had had to deal with losses; however, the former graphics and editorial team did not share the publisher’s assessment of its financial viability, given the subscriber base – which was strong until recently – and the pleasing advertising revenue.

The end of novum could also mean a fresh start. The former graphics and editorial team is searching for supporters on the Startnext crowdfunding platform to start publishing a new printed specialist magazine for communication design. This magazine will be entitled “Grafikmagazin”. The team firmly believes that “print is anything but dead”. They say that craftsmanship and touch and feel are currently more appreciated than ever. With Grafikmagazin, set to be published every second month from February, the team wants to commit itself “to diversity in the media landscape, to quality journalism for the creative sector and to fair working conditions and fair pay”. 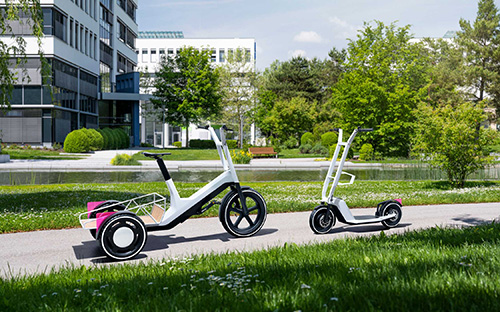