How do you like to play football, on the pitch or on the computer screen? Both, says Holger Merk, responsible for Strategic Marketing at the German Football Association (DFB). We talked to him about how the association manages to keep abreast of digitalisation by promoting eFootball and eFootball players, without losing the essence of its DFB brand.

When you think of someone who is into playing computer games, the last person that usually comes to mind is an athlete. How do you intend to unite these two worlds, so that they spark mutual inspiration? And how would you get both of them equally on board?

As an outsider, the obvious assumption is that gamers who play video games as a hobby have little to do with sports. However, a two-year period of conducting many surveys and studies has shown that that this is definitely not the case. In eFootball, there is a large overlap between people who are enthusiastic about both types of football – on and off the pitch. Meaning that they play football in clubs and in self-organised teams, but also play computer football games.  So the gap between the two is not that large.  We want to show that what happens on the pitch can be closely aligned with playing on the digital field.

Absolutely. Sixteen-years-olds are our current target group. Of course young people also start to play FIFA much earlier. This helps us immensely in expanding our range of services to include amateur clubs and national associations, where demand is high. What do I do if there is no club football? What can I offer young people so that they can still take part in club life to some extent?

So, you have identified your target group – what happens next?  How will you manage to promote eFootball to an even wider audience and make it even better known?

The question that we initially asked ourselves was how we could credibly integrate eFootball into the German Football Association ecosystem. The key is to choose an approach that is authentic for the community, so that we have a raison d’être in youth culture. We can only do this by fulfilling our role as football organisers – which we have been doing very successfully for a hundred years.

We already have a football management system known as FUSSBALL.de. We use this platform for the digital organisation of German amateur football games. Each week, 180,000 matches are handled digitally via this website. This is precisely where we want to extend our offering to include eFootball. Put simply, we offer the amateur clubs a digital home on FUSSBALL.de via our regional associations. We provide the digital management infrastructure, so that the football federations can focus on the topic of eFootball and use the platform for playing appropriate forms of the game. We take on the role of the umbrella organisation that provides structure, and it all fits well together.

With seven million members, we enable a huge number of people to play football. This role is reflected in the essence of our brand.

What role does the DFB play as a brand in this change triggered by digitalisation? After all, people often associate the DFB with its “Die Mannschaft” brand.

We are, of course, perceived mainly through our “Die Mannschaft” beacon, but that is – without diminishing the performance of the players – only one element of what the DFB does for German football. The national team is very valuable to us as a figurehead in world-class sport. But our activities in the field of football and organisation are much more extensive. We create the conditions that enable football to be played in Germany.  And that’s where the brand is crucial.

With seven million members, we enable a huge number of people to play football.  This role is reflected in the essence of our brand. People trust us to organise football on an enormous scale. We want to use this trust, transform it into credibility and enter into dialogue with our young target group. This also enables us to rejuvenate the brand.

In other words, you benefit from the fact that the DFB is already established as a brand. But change is inevitable, and digitalisation means that you have to evolve as a brand.

That’s right, and that is also essential. We have recognised the signs of the times, and we have to accept that today sport and football are perceived differently to how they were in the past.

You are responding to digitalisation in one way by creating the eFootball division. Are there any other issues facing the DFB that will require the brand to be repositioned?

There has been a major change in society’s consumer behaviour and media consumption. Football is no longer necessarily watched for ninety minutes in the stadium or on TV; there are many different ways of consuming football, and digital consumption in particular is on the rise. This brings us back to our young target group who play digital football through social media or streaming platforms. We can learn from Amazon, Netflix and Co. how different formats can be played out. In this respect we have to change our products, we have to find a solution for making football a digital experience for people.

Speaking of values – we are living in a time of change. Do you believe that perhaps some things should remain as they are? Your target group includes not only young fans, but also many older, established football fans who may have no interest in digitalisation.

My belief is that football will continue to be played in the stadium between two teams of eleven players for the next twenty or thirty years, and people will consume it on TV or in the stadium. And that’s what we want, because that’s what makes this sport so fascinating. It’s about how we can position ourselves in a more multidimensional way, because we are talking about platforms and target groups. How do we have to change so that we are perceived in this way? What would the necessary changes to our format look like? What else can we do if we don’t play football for ninety minutes?

Documentaries are a hot topic at the moment – we offer people a glimpse behind the scenes at what we do with the national team, or at the DFB Cup. What can we play digitally through our social media channels, what should our visual language look like? How do we maintain the momentum we have triggered?

Of course a brand image like that of the DFB also includes people in the public spotlight, such as the players of the German national football team. But an eGamer also has to play their way to the front. Do you need personalities to strengthen a brand, particularly in sport?

That’s right. We need personalities both on and off the pitch who engage with important issues and convey them to the public. If you look at the eFootballers and their reach in social media, the impact that they have is impressive. For example:  we visited the Eintracht Frankfurt stadium with the E-national team in March to watch a match. What happened was amazing: at half-time the kids swarmed to the players’ benches to get their autographs – there was a huge crowd of people. You have no idea what is happening below the radar and how personalities in the eFootball sector are gaining popularity. We want to act as a catalyst in this development, to take it to another level – acting as an organisation in cooperation with the players.

Where do you see the development of the DFB and the DFB as a brand about six years from now? What do you hope for? What is realistic?

One great benefit is that in 2024 we will again host the European Championship in Germany. This will give a huge boost to the sport, and we want to take advantage of this in all areas. The brand and the national team will convey the message that we are capable of being a great host. In addition, we want to introduce the brand into all other fields that we are committed to. How can we combine amateur football with top-class football? How can we support young people? How can we fulfil the social function that we also represent as an organisation?

Where do you expect eFootball to be by then?  Are there benchmarks, key figures that you have set for yourself?

There is a fantastic project planned for the end of the year: we’re going to launch the DFB ePokal and try to tell this David versus Goliath story in digital form. All German amateur clubs will be able to take part in this competition, and perhaps in the course of the competition they’ll be able to compete against the licensed clubs in the Bundesliga and their eFootball teams. And if you ask me what my personal vision is for this project, I would like to develop a competition that will become a worldwide benchmark for how eFootball can be brought to life for a football nation.

Holger Merk is Senior Head of Strategic Marketing at DFB GmbH and is responsible for brand management and product management at DFB. Brand management includes all DFB brands including DIE MANNSCHAFT or the DFB Cup, as well as the 3rd division and FUSSBALL.de, the digital home of German amateur football. Product management objectives include the (further) development of existing and potential business capacities in the areas of media rights, sponsoring, merchandising & licences as well as ticketing & hospitality.

Prior to assuming this position at the end of 2017, Merk was responsible for the DFB’s merchandising and licensing business. He previously held a similar position at the Hamburger Sport-Verein. Holger Merk completed his business studies at the Mainz University of Applied Sciences with a focus on communication management, and during his time as a student he worked for Porsche AG and Kabel Deutschland as well as various agencies.

On 14 November he will address the German Brand and Design Congress 2019 and speak about the changes that digitalisation is bringing about for sports marketing, and how the DFB is dealing with them. 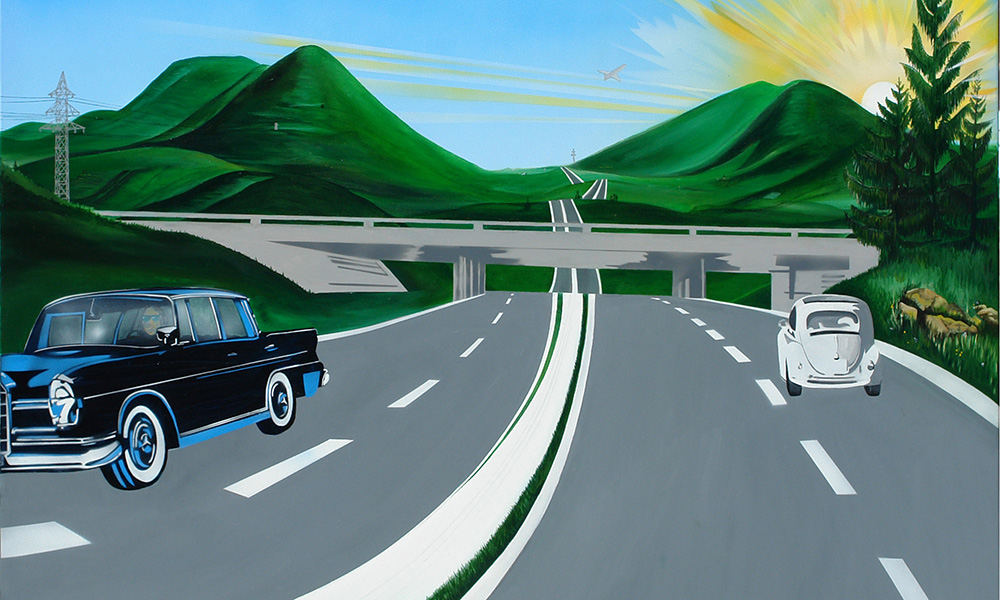 “For Kraftwerk, change is part of their brand essence” 70 Years of Porsche – more than a brand 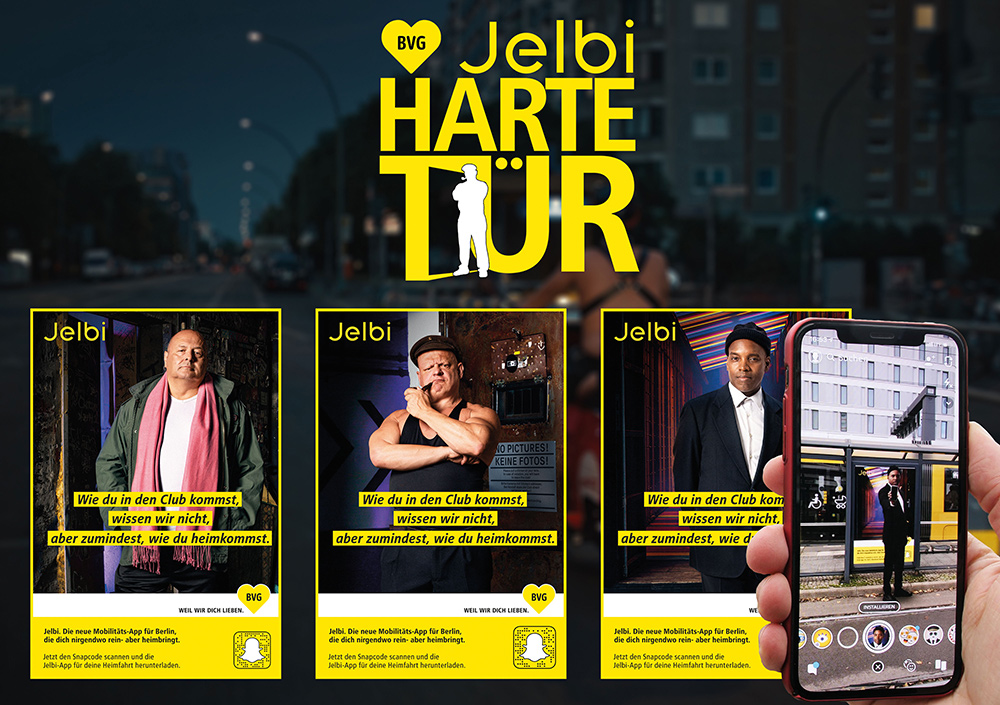