Together with his friends George Nelson and Charles and Ray Eames, Alexander Girard, American architect, interior designer, corporate designer and designer of furniture, textiles, wallpaper and exhibitions (1907–1993), is considered one of the most influential design figures in post-war America. Several years ago, renewed interest in Girard’s designs saw his work featured in monographs and exhibitions. Today, the bright colours and sophisticated patterns that characterised his designs continue to enjoy widespread popularity. In spring of this year Girard was posthumously awarded the 2019 AIGA Medal, the highest accolade awarded by AIGA, one of the largest design associations in America, for his interdisciplinary oeuvre. To honour the occasion, the furniture company Herman Miller – where Girard produced roughly 300 textile designs for wallpaper, curtains and upholstery over a period of more than 20 years, starting in 1951 – has published a cinematic homage to Girard, one of the greatest masters of mid-century modern, in its online magazine WHY. 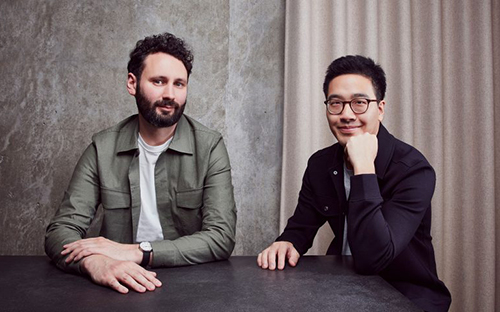 Following the death of Marcus Fairs. Benedict Hobson and Wai Shin take over the management of Dezeen

New auto. Volkswagen lays out its group strategy for the future