For some years now, the VW Group’s finest models have been coming from Spain. The success of the group’s Seat brand directly correlates with the design of the Martorell-made cars. Alejandro Mesonero-Romanos was most recently responsible for the design of the Ibiza, Leon, Arona, Ateca, Tarraco and the like (as well as the Cupra sub-brand of sports cars). The 52-year-old Spaniard is now leaving the company at his own request and will be starting as design director at Renault on 1 October 2020. Mesonero-Romanos has been design director at Seat since 2011; he received the Eurostars Award in 2018. Mesonero-Romanos completed a degree in industrial design at the Elisava Barcelona design school and a master’s in automotive design at the Royal College of Art in London, and already worked at Renault as design director in South Korea between 2007 and 2009. Gilles Vidal, 48 years old and from France, will be joining him as of 1 November after previously heading design at the Peugeot brand. Mesonero-Romanos and Vidal will both report to Laurens van den Acker, executive vice president of corporate design at Groupe Renault. Gilles Vidal has been design director of the Peugeot brand since 2010, with cars such as the 3008 and 508 created under his leadership. Vidal, a graduate of the Art Center College of Design in the Swiss town of Vevey, started out at Citroën in 1996 in exterior-design and interior-design roles; later he became responsible for the Citroën C4 and C4 Picasso models as well as Citroën Concept Cars and the Advanced Design division. Vidal then switched to Peugeot in 2009. It is not yet clear who will follow Mesonero-Romanos at Seat, with Head of Development Werner Tietz set to lead the design team in the interim. It is also currently unclear who will succeed Vidal at Peugeot. 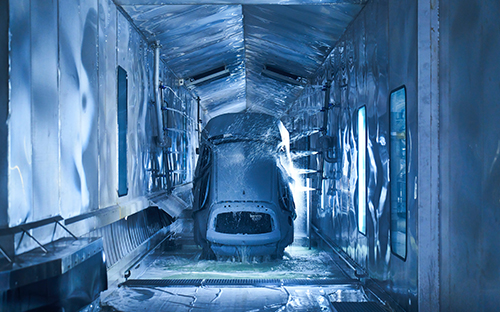 Ideas for a better home: the IKEA catalogue turns 70