Every day, we use artificial, mostly electrically generated light without giving it much thought. Darkness seems to be banished, light is always and everywhere available. When light is needed, we switch incandescent lamps, LEDs, fluorescent tubes or spotlights on and off as a matter of course. And yet light is one of the most fascinating phenomena in science and intellectual history. With around 80 light artworks by 65 internationally renowned artists, the Kunstmuseum Wolfsburg is offering the first insight into light until 10 July under the title “Power! Light!”, the Kunstmuseum Wolfsburg is now for the first time offering an insight into the fascinating spectrum of light art, which is political in the broader sense.

In contrast to previous exhibitions on light design and light art, the show curated by Andreas Beitin and Holger Broeker does not only focus on the positive aspects of light. While light had exclusively positive connotations as a symbol of the divine and knowledge in the Western world from Plato’s allegory of the sun and early Christianity to the beginning of the 20th century, this has changed, especially with the ubiquitous use of artificial light. Even though, according to the announcement, “our entire civilisation is inconceivable today without electric light, it is also associated with light pollution, species extinction and energy waste, despite technical advancements and indisputable advantages”. On the one hand, light makes cultural events possible, offers social space and protection, can stage people, objects or consumer articles and thus lend them meaning. On the other hand, power is exercised through the targeted use of electric light. Artificial light “can be used to monitor, manipulate, exclude or even destroy”.

Based on selected works from the collection of the Kunstmuseum Wolfsburg, the exhibition accordingly concentrates on artistic positions in which light or light artworks in a broader sense have political, social, ecological or manipulative meanings. A special kind of physical experience is the permanent illumination in Gregor Schneider’s “High Security and Isolation Cell No. 2” (2005), with which he refers to the “white torture” method of being permanently exposed to a light source. The exhibition is accompanied by a comprehensive publication designed by Jan Kiesswetter with contributions by Andreas Beitin, Holger Broeker, Jo Joelson, Annette Krop-Benesch, Christoph Markschies, Julia Otto and Michael Schwarz from the fields of art and cultural studies, biology, theology and philosophy.

More articles on the topic of design. 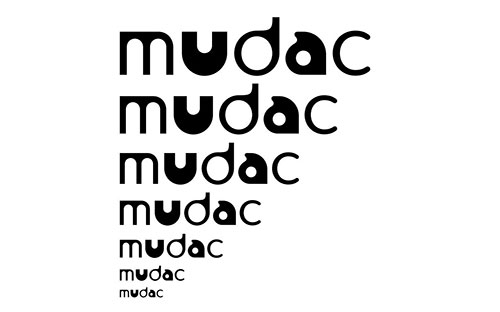 The mudac reopens in the new art district of Lausanne

Carsten Hendrich takes over brand strategy, marketing and communications for the KaDeWe Group