Project interACT. How autonomous vehicles communicate with their surroundings

Things functioned with relative simplicity until recently. The driver of a car had to interact mostly with other road users. Now that autonomous vehicles (AVs) are increasingly being used, the situation is becoming more complicated. The user interacts with other road users and the vehicle, which in turn interacts with the user, the infrastructure and other road users. The overall situation is further complicated by cultural differences. For AVs to learn how to communicate and interact with other road users safely and efficiently, the interACT project is working with the aim of integrating AVs into various traffic environments. Person-to-person interaction strategies are analysed in order to develop solutions for safe, cooperative and intuitive interactions between AVs and their drivers, as well as other road users. In three European countries (Germany, Greece and the UK), data is collected about how human road users interact in real traffic conditions, and specific situations are identified with a view to future traffic scenarios involving AVs. Interaction models like these are then used to improve software algorithms and sensor functions with the aim of identifying the intentions of surrounding road users and predicting their behaviour. Following more than three years of work by a consortium involving the German Aerospace Center (DLR), BMW, Bosch, Hella, the Technical University of Munich, and institutions in Greece, the UK and Spain, the results of the studies conducted so far have now beenpresented. 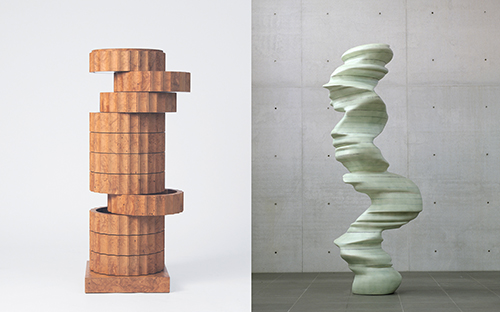 Double Up! Art and Design in the Neues Museum Nuremberg

Richard Herre. An exhibition in Stuttgart