Richard Herre. An exhibition in Stuttgart

In 1925, the Deutscher Werkbund commissioned Ludwig Mies van der Rohe to organise the “Die Wohnung” exhibition (“The Apartment”). The exhibition opened in Stuttgart in 1927 and was divided into four sections, the most important of which was the Weissenhof residential development, a testing ground for new construction methods and building materials. The legendary programmatic exhibition is  primarily associated to this day with the major architects of the 1920s. The idea and starting point, however, was a group of young Stuttgart architects whose names are now almost forgotten. One of them was the architect, designer, graphic artist and translator Richard Herre (1885 to 1959). The work, which was reworked by his son, the architect Frank Herre, and his grandson, the musician Max Herre, is now being honoured in an exhibition in Stuttgart’s StadtPalais, where Richard Herre features among Stuttgart’s avant-garde of the 1920s. The exhibition will be open until 1 March 2020. As it has already done with other modernist protagonists, the e15 company will also be reissuing designs by Richard Herre from 1926, including the “Stuttgart” chair and the “Zet” kilim. 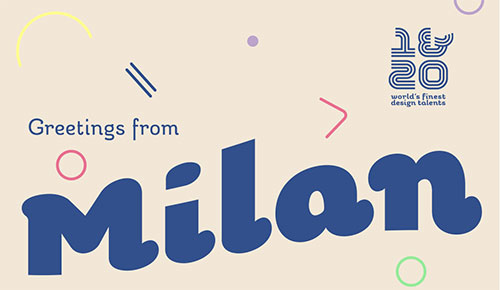