Rossana Hu, architect and founding partner of the design studio Neri&Hu, has been appointed Chair of the Department of Architecture at Tongji University in Shanghai. Hu is the first woman to hold the chair of architecture at Tongji University’s College of Architecture and Urban Planning (CAUP), and also the first female architect to hold the position without having studied at Tongji herself. “I feel very honoured to be appointed to this position,” Hu said. “Not only because it is a great opportunity to teach at this top institution, but also because I will be in close proximity to the best thinkers and doers in the field of Chinese architecture.” Rossana Hu has previously collaborated with CAUP on a series of lectures and exhibitions between 2014 and 2017, where Neri&Hu’s solo exhibition Works in Permanent Evolution was also presented last year.

Founded in 1952, CAUP comprises three departments with 222 full-time lecturers and researchers: the Department of Architecture, the Department of Urban Planning and the Department of Landscape Architecture. The appointment of Rossana Hu is part of CAUP Dean Li Xiangning’s efforts to promote the college globally as one of the best architecture schools in China. “As Hu brings a diverse and global perspective to the school,” Li says, “more channels of international communication will surely open up for architectural research and teaching at Tongji.”

Rossana Hu earned her Master’s degree in Architecture and Urban Planning from Princeton University and a Bachelor of Arts degree in Architecture and Music from the University of California at Berkeley. She has worked for Michael Graves & Associates in Princeton and The Architects Collaborative (TAC) in San Francisco, among others. In 2004, she co-founded the Neri&Hu Design and Research Office in Shanghai with Lyndon Neri. The office’s most recent projects include a campus for the lift manufacturer Schindler in Shanghai and a whisky distillery for Pernod Ricard in China’s Sichuan province.

In 2017, Rossana Hu and Lyndon Neri were awarded the ICONIC AWARDS: Innovative Architectures Interior Designers of the Year 2017 for the influential work of the Neri&Hu Design and Research office.

Read more news and articles on the topic of architecture 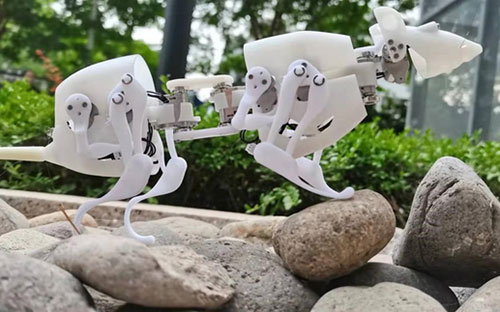 BGH ruling in dispute with Milka. Only Ritter Sport chocolate can be square