The brothers Carsten and Samuel Waldeck founded SHIFT GmbH together in 2014. With the sustainable m-series of the SHIFTPHONE, the startup introduced the world’s most modular smartphone in 2016. SHIFT’s main goal: to maximise purpose and value – not profit. We met them for a conversation.

When one regards companies, sometimes images come to mind… In relation to SHIFT, it was David versus Goliath for me. Is that true?

Carsten Waldeck: Goliath was killed by a shot between the eyes and we don’t necessarily intend to do that now with big companies… We don’t want to destroy them either. We see ourselves more as inspiration or as people who live positively and tell positive stories that can inspire others.

That’s why for us it would be more like the story of Nathan the Wise: Who, when David was a great powerful king, came to him and told him a story. This opened David’s eyes so that he realised, “Oh, that’s me, that’s my story,” whereupon he changed himself and many things.

You are a designer as well as founders. Do designers do anything differently than engineers or economists when founding?

Samuel Waldeck: Yes, definitely. It is important for us to think based on the product. We don’t want to optimise products so that they bring us as much profit as possible or provide them with features that encourage people to want and have to buy the product at all costs. Instead, we want to build a product that is durable, can be used for a long time and has a long-term design. Our focus is more on the customer and the user than on sales channels or business figures.

Carsten Waldeck: You need figures to see that the company is doing reasonably well, so that you can pay all the employees well and that it also exists in the long term, i.e. sustainably. For us, the focus is not on optimising figures or profits, but mainly on creating really good alternatives.

What does communication design, UX design look like at Shift? How do you implement it aesthetically?

An important aspect is minimalist or very reduced design. You can see that in the devices, in the hardware. If you look at our first device and a completely new device, they already look very much the same. We take things further and don’t change them much.

We also find the reduction of the design important for sustainability, because there are so many design trends. Our design was already chosen seven years ago in such a way that it is really very durable and people still find it beautiful today. We consider reduction or minimalism to be an important way in sustainability to express longevity.

Samuel Waldeck: What makes our devices and their design very special is the holistic approach. We ourselves live sustainability and want to optimise our lives further and further in terms of sustainability. We let the design go so far that the device can be repaired. We think it is a design flaw if devices are not repairable.

“We think it is a design flaw if devices are not repairable.”

Carsten Waldeck: Durability and repairability are very important design factors and if these are not taken into account, it is a big problem, which you can see in the tonnes of e-waste that are produced.

The influence on the software is only limited, is it not? Because the operating system ultimately comes from someone else.

Carsten Waldeck: We take a simpler approach here, as well, and reduce in the operating system as well. We make sure that things are as balanced and beautiful as possible and also work well graphically. We actually build the devices that we want ourselves. That’s the beauty of it. Of course, this also gives them a high quality, because we ourselves have quite high standards. That’s a nice side effect.

Do you also follow different paths in brand communication than others?

That’s also a bit of co-creation…

Samuel Waldeck: Exactly, that is something we still want to live by. This means that we have never run advertising campaigns or have advertising partners, but we always work directly with our customers. The main channel through which we grow is recommendations from customers. This is very sustainable because a client recommendation has a completely different value than an advertisement that I see. It’s also more honest because a potential customer gets feedback from someone who is already a user. And that often has a completely different weight.

“The main channel through which we grow is recommendations from customers.”

Carsten Waldeck: We don’t like manipulation; we love freedom and when people can consciously make decisions in freedom. For us, that is part of respect. And if we want to deal with customers in an appreciative way, we never want to impose something on them from above, nor do we want to manipulatively push our brand into their subconscious. Instead, we want this person to be able to decide completely freely, without manipulative pressure, what is important to him or her and what he or she wants.

Does this mainly take place on a digital level?

Samuel Waldeck: Both. We are often asked by customers: Can we visit, can we take a look? We think it’s good to hear stories that customers have experienced with our Shiftphones and what concerns them, what we can improve, but also what they find good.

Carsten Waldeck: People can talk to us directly and we have found that it brings about a lot of change when people realise that we take them seriously. All of a sudden, people come up with completely different solutions and doors open. Sometimes we simply ask, “What would help you solve the situation best?”

The money we have at our disposal, we don’t take it out for ourselves anyway. There are no profit distributions with us. Most of it goes into the salaries of people we want to pay fairly. Anything that is left over is donated or put into projects that uphold sustainability and social justice.

This means that when we transfer money back to a customer, we may also be doing something good.

Samuel Waldeck: We want to connect our customers with each other to create a network that brings about positive change. And we also thought about how we can promote smaller retailers so that people buy in city centres and not only from big chains or on the internet. So we founded a network in which we bring everyone together and make Shiftphones visible for potential customers.

You have a clear course on how you also want to act as entrepreneurs. The by-product of this is “uniqueness”. One cannot imagine a greater contrast to your main competitors.

Carsten Waldeck: Exactly. We have built a complete technological platform to connect people. That’s why anyone who owns a Shiftphone can become a Shifter.

You can arrange to meet people and have them show you the Shiftphone?

Carsten Waldeck: Exactly, you get it explained to you by a user who has used it in real life and can then also give you honest opinions about it. These are human-to-human encounters and there is no pyramid scheme behind it.

People buy from us online afterwards, because we want to have direct contact with the customer, and you don’t need to keep stock, which makes it totally simple. It’s not just a crowd-selling network, it’s also a crowd-service network. We can use it to organise repairs, returns of things, then you don’t have to send everyone individually, but there are collection points.

In France, there has been a repair index model since this year, where different criteria are marked on products – can it be repaired easily, or with difficulty. Would something like this be desirable in Germany or in Europe as a whole?

Samuel Waldeck: Yes, we think it makes a lot of sense to implement that. We are also on the advisory committee for the policy. We are the only manufacturer that has such a device refund system. Manufacturers know what is built into the equipment and can then recycle it much more efficiently or continue to use components, which would be much better than recycling them directly. But manufacturers would simply have to take responsibility. If we had central collection points, a lost property system would make no sense at all, because then we would no longer be able to get our devices.

Carsten Waldeck: The worst thing that can happen to a Shiftphone is that it gets thrown away. The second worst thing is that it goes into a collection box because then it can’t be returned.

“The worst thing that can happen to a Shiftphone is that it gets thrown away. The second worst thing is that it goes into a collection box because then it can’t be returned.”

What is really a big lever for each individual when it comes to sustainability and environmental protection?

Samuel Waldeck: It is a great concern for us to constantly consider and reflect on how we can live appreciation as a company, but also as private individuals. And everyone can always question themselves personally.
I find it difficult to issue bans. But I think we should start to think about whether we really value the things we consume.

So, it is rather a change of attitude from which many things are then derived and from which one automatically perhaps also makes better decisions.

Carsten Waldeck: The fundamental question is, what actually makes me really happy in my heart? And these are not often the things that have to do with power and money or with consumption or products.

I prefer to take time for people, for relationships, and I actually feel much happier, much more fulfilled, than for having something that breaks or when people only value me because I have possessions.

And if at some point I don’t have that anymore, what then? We don’t take anything with us from here. What will be left of us then? How much money was in my bank account or what kind of things were in my garage, I think that’s totally irrelevant.

We thank you for the interview!

More about SHIFT and the Shiftphone

SHIFT GmbH is a small family business based in Falkenberg in northern Hesse, about 30 km south of Kassel. Founded in 2014 by designer and inventor Carsten Waldeck, his brother Samuel Waldeck and father Rolf Waldeck, the company has established the SHIFTPHONES brand on the market, under which various modular smartphone model series have since appeared. Thanks to a modular architecture, SHIFTPHONES brand devices are easy to open and simple as well as inexpensive to repair. The final assembly in SHIFT’s own factory, the device deposit, fair upgrade options and many other criteria underline the company’s core motivation: honest appreciation in dealing with people and nature.

With the motto »Change – new horizons«, experts and decision makers from science, politics and business will come together on 11 November at the interdisciplinary German Branding and Design Congress 2021 at the Porsche Museum in Stuttgart. The focus will be on the effective implementation of branding and design concepts and how these can contribute positively to the topic of sustainability. Host Dr. Ines Marbach will lead through an exciting programme with presentations from BioNTech, Ecosia, Shift and Siemens Mobility, among others.

Registration deadline is 5 November 2021. In addition to attending on site, the event can also be attended virtually via live stream. Register now! 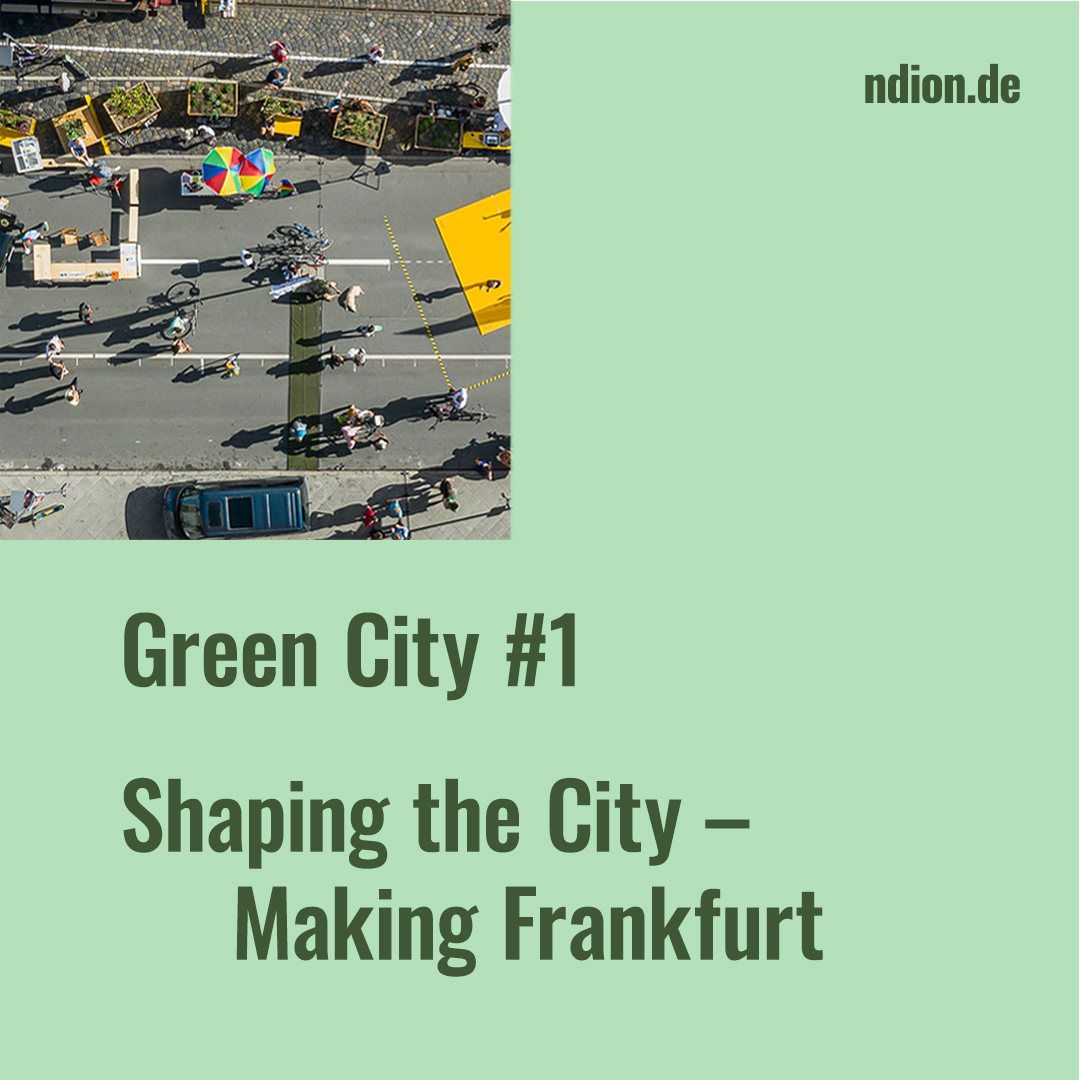