The humble word “trainer” has for a long time not done justice to what these shoes have become. Sneakers are now an established cultural symbol of the era in which we live. They are a complex global phenomenon, revealing the challenges that designers are confronted with these days. The facets of design, production and distribution are enormously diverse with this cultish type of shoe. Lifestyle, branding, the latest trends, sustainable materials and ecological production are just some of the aspects that need to be considered.

Sneakers Unboxed: Studio to Street is a long-awaited, large-scale exhibition opening at the Design Museum London. It looks at the sneaker as one of the most universal objects of design, bought and worn by millions of people across the world every day. Running from 18 May to 24 October 2021, visitors can retrace the development of shoes that were originally developed for specific athletic activities (such as the Converse Chuck Taylor All Star, Puma Disc and Nike Alphafly Next) and have now generated an enormous cultural response around the world. A look can be taken behind the scenes of the shoe phenomenon which has challenged performance design, inspired new youth cultures and shaken up the world of fashion.

Among the things examined is the design process behind some of the most technologically ingenious shoes of today – with the Adidas FutureCraft.Strung shoe-making robot designed by Kram/Weisshaar; Satoshi, a brand using blockchain certification; and the world’s first biologically active shoes developed by MIT Design Lab and Biorealize for Puma. The icons and collaborations that have shaped the sneaker scene over the years (from Michael Jordan and Run-DMC to Kanye West) are presented along with visuals and graphic work (from Jamel Shabazz, Grace Ladoja, Simon Wheatley and Reuben Dangoor) and designers working to make the industry more sustainable (such as Stella McCartney, Helen Kirkum and Alexander Taylor). Data visualisations from StockX, the show’s sponsor, also provide an insight into the lucrative resale market currently valued at over USD 6 billion. The affair is topped off with the streetwear staple’s high-fashion reinvention by Balenciaga, Comme des Garçons and Y3 as well as full looks by A-COLD-WALL* and Craig Green. 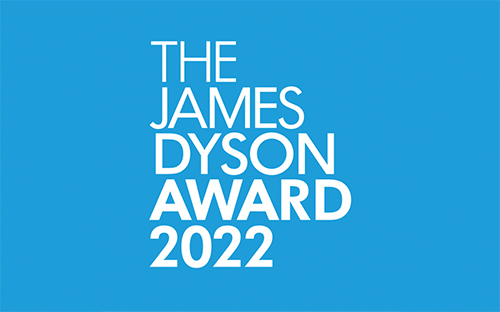 Start of the James Dyson Award 2022