How do we want to live together? A question that concerns young designers at German universities. They try to find answers by working out different projects in the field of Social Design and in taking this approach they recognise very precisely where things are lacking in our society.

How we want to live together is not only a question in times of war and pandemic, but has been occupying designers for decades. Already more than 50 years ago, Viktor Papanek stated that we have to stop distributing “useless products” and start looking for solutions together with people in an ecologically and socially responsible way.
Isn’t all design social, since design always happens within our society and also for society? Social Design always happens in dialogue, has made participation and emancipation its credo. At the design colleges, students from different disciplines take up this theme. The result is concepts that deal with the use of public space, its participatory development and the social debate on democracy. Three exemplary projects for the German Design Graduates platform’s examination of Social Design.

“We need to listen to our grandparents to learn about ourselves.”

“Listening”, says Jasmin Schauer in the interview, was an important basis in the realisation of her project “Denk-mal”. She says that one has to discuss with the people it concerns so that ideas of the designers can be implemented by them. The industrial designer developed a design strategy for a contemporary culture of remembrance for the reunification in 1989: For her Master’s thesis, a tension belt was attached to the citizens’ monument of the Monday demonstrations in Magdeburg as an example.The website www.bei-anruf-einheit.de which can be read on these straps and the QR code lead to an open auditory archive, a participatory podcast, which can be listened to on the site. Personal memories or questions about this past can be added to the archive via an answering machine. As the tensioning belts travel all over Germany, the archive fills up from the most diverse perspectives.

The graduate of Burg Giebichenstein Kunsthochschule Halle already implemented participatory approaches in the development process of her work: “As a designer, I by myself cannot decide what is in the common interest and how we use public space that we all have at our disposal.” Schauer explains, the task of the designers is to moderate and bring in different expertise. Social Design must try to include all people in the development of a culture of remembrance, to use swarm intelligence. It is an experience that the designer also made in the work process. In workshops with different people, she developed ideas for the German reunification – and found that the good of listening is at the very beginning. “We have to ask people what happened, what their perspective on German Unity and their feelings are. We have to listen to our grandparents to learn anything at all about ourselves.”

The project by Ezra Dilger and Kollektiv Plus X focuses on co-creation. “Theater on Tour” is a mobile amphitheatre that travelled through the rural areas of eastern Germany from July to September 2021, similar to a travelling circus. The members of Kollektiv Plus X worked together with local actors, musicians and directors. A week-long, wide-ranging theatre programme took place at each of five locations. The theme of the plays: Freedom, democracy, participation. The plays invited participation, Social Design on stage, so to speak, say Ezra Dilger and Marvin Schwark. “The focus of the plays was on participation, on negotiation processes. People were supposed to actively vote on how the play should continue, they could play along. This inclusion of the visitors, that is a special feature of our project.” Ezra Dilger, also a graduate of Burg Giebichenstein Kunsthochschule Halle, sees above all the participatory aspect and the empowerment of the audience as an act of Social Design.

The flexible use of the amphitheatre, even in remote locations in rural areas, is made possible by its architecture: the theatre is mobile, consisting of scaffolding and screen printing plates. Its predecessor project – the Flying Forum in Leipzig, where discussion formats took place – already benefited from its architectural form and thus encouraged people to talk to each other. Where else are you exposed to your counterpart as much as in a circle? For the Theater on Tour, the architecture was enlarged. The stage and the audience are to be on one level and interact with each other.

The project by Kollektiv Plus X is to be continued in order to look for new concepts on how to bring high-quality culture to small places.

Social design as a social question

The topic of participation also preoccupies Antonia Ney in her bachelor thesis “Frei_Park_Raum” at the Bauhaus University Weimar, albeit in a slightly different way. Ney poses the question of participation in public space: “How can I create a place in public space free of consumption constraints when meeting outside the home becomes a privilege?” Frei_Park_Raum is specifically intended to appeal to young people in particular, to offer a kind of “safe space”, not only for young women. Ney wants to create a public place for everyone, low-threshold, everywhere and for everyone to use: “Culturally, socially and also spatially, it’s a small, enclosed space where I’m not directly heard from the outside, a separate, protected space where I can talk one-to-one.”

The public place in this case is a car park, the safe space a bicycle trailer built from recycled materials. Because: “Everything that is allowed to drive on the road is also allowed to park”. This means that the project escapes any regulation and becomes flexible and can be used in any place. Two people can sit comfortably in it, even in the rain. Alternative uses as a bar have also been observed. “Frei_Park-Raum” was built as a prototype and is intended to inspire others to build it themselves in order to create even more places for everyone.

Antonia Ney poses the social question with her projects; she works in the field of “design activism”, she explains: “I am accompanied by the question of the extent to which design can emancipate itself from the capitalist history of its origins and the extent to which I can do something with design in the discipline that corresponds to my moral and ethical values.”

German Design Graduates
The designers mentioned are part of this year’s German Design Graduates. GDG is an initiative with the purpose of promoting the next generation of product design graduates and presenting state-recognised universities, art colleges and universities of applied sciences. Initiated in 2019 by Prof. Ineke Hans, Prof. Hermann Weizenegger, Prof. Mark Braun and Katrin Krupka, the German Design Council has been the project sponsor since 2022. Honouring, presenting and promoting the achievements and solutions of graduates in their quality and diversity is the most important component of the GDG initiative.
On 2 October 2022, the winners of the Circular Design, Social Design, Design Research and Design Culture awards were announced, including the “Theater on Tour” by Ezra Dilger and Kollektiv Plus X, which received the Social Design Award. The German Design Graduates Show 2022 in the Kunstgewerbemuseum (Museum of Decorative Art) der Staatlichen Kunstsammlungen Dresden with its focus on “Perspectives for Graduates in Product Design” is dedicated to the central themes of our time under the influence of the serious changes and developments in politics, society and the environment, and shows the most interesting ideas and approaches to solutions by 40 young designers from over 20 German universities of product design. The exhibition can be visited in Dresden until 31 October. 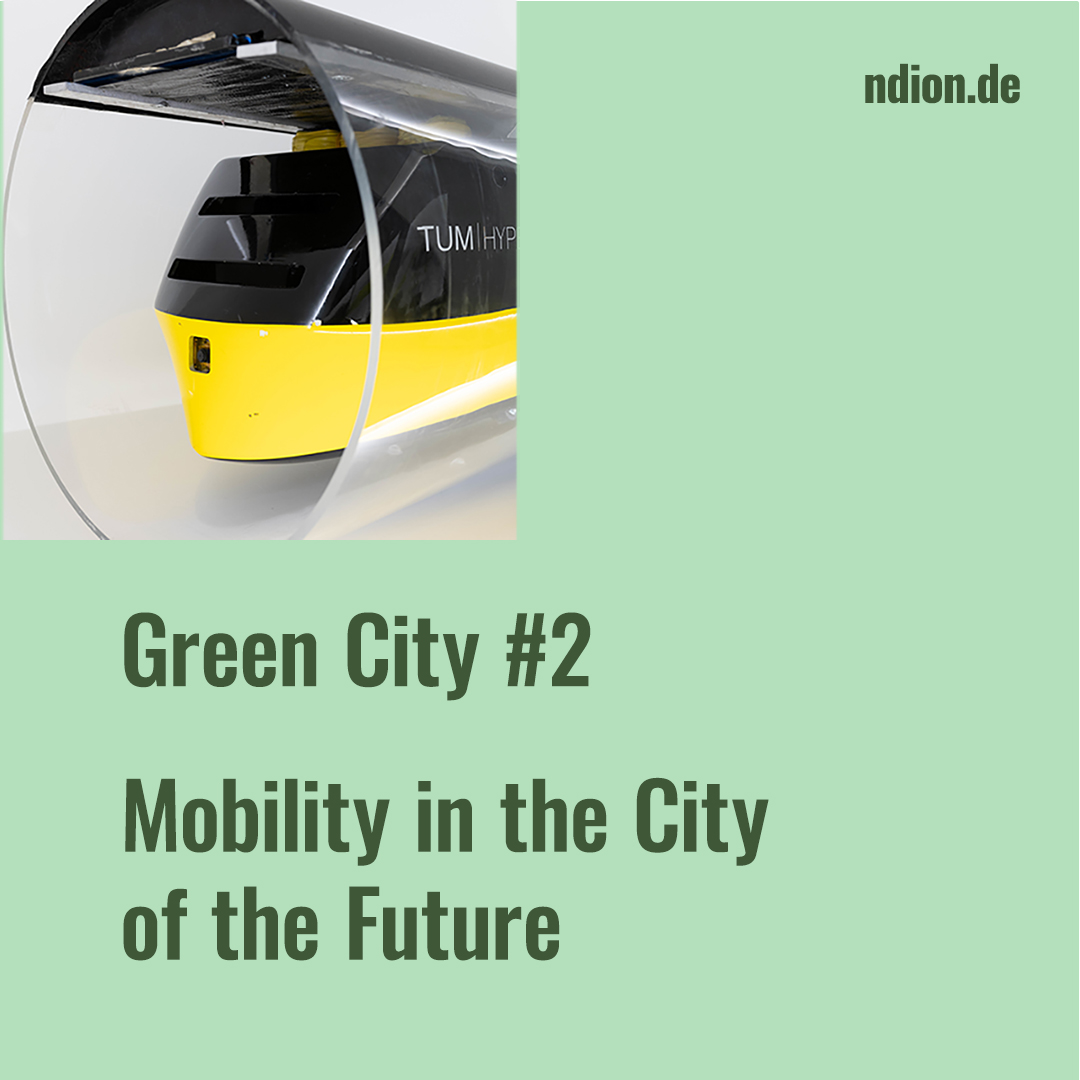 Mobility in the City of the Future