It’s hard to talk about Finland and Helsinki without mentioning design and architecture. This is one of the reasons why a new museum of architecture and design is to be built in Helsinki. However, the house is not only to be a destination for architecture and design lovers, but also a place of learning, exchange and encounter. Three private foundations have joined forces, and the city of Helsinki and the Finnish state have pledged financial support. The 150 million euros needed for the construction seem to be almost together. However, all those involved have made their financing conditional on the creation of the world’s leading museum of architecture and design. In order to achieve this, the collections of the Museum of Finnish Architecture and the Design Museum are to be merged into a new unit that is more than the sum of its parts. The new museum is to be built on Helsinki’s historic seafront in the Makasiiniranta district, where it is to become part of a lively, open city centre together with the Market Square, the Old Market Hall and the newly designed Makasiiniranta district. An international competition is currently underway for the master plan of the Makasiiniranta area. The final decision on the construction of the museum is to be made in early 2023 and an architectural competition will then be launched.

While the plans for the new museum are maturing, the creative agency Hasan & Partners has created a visual identity for the museum that will only be in place for the duration of its development. In collaboration with illustrator Anja Reponen, the agency made a conscious decision to take into account the temporary nature of the visual identity and to pick up on the many “building blocks” that the museum will consist of. One “building block” is the future location. The team chose the Zyablik font, a modular display font with a strong personality that is also intended to allude to the harbour and the construction of the museum. With harbour beige, sky blue and grey, the colour palette of the corporate design is also based on the atmosphere of the beach promenade and the colours of the sea. Anja Reponen also alludes to the new museum’s goal of being open to all age groups in a series of sketchy illustrations with seagulls, a map of the harbour and depictions of future visitors.

Discover more news on the topic of architecture and design 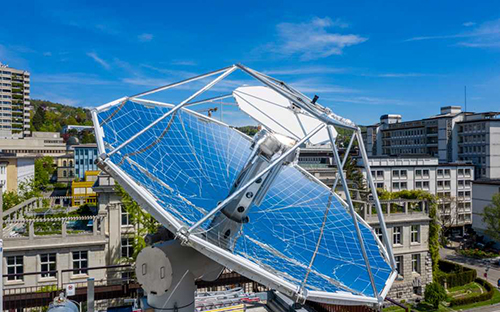