What began as an art project ended with Google Earth: In 1994, the digital and interactive globe “Terravision” was developed at Art+Com in Berlin. In the fictional series “The Billion Dollar Code”, Netflix has now staged the case as a battle of digital Davids against the Goliath Google.

Sometimes looking back does more than looking ahead. In this sense, humanity’s journeys to the moon probably changed the perspective on our home planet more radically than the mere fact of setting foot some heavenly body for the first time in 1969. Seen from the outside, the blue marble appeared so fragile in the lightless void of space that the architect and visionary Richard Buckminster-Fuller spoke of “Spaceship Earth”, for which, however, an instruction manual was lacking. A new observation point was found, the view from outside was henceforth set. To this day, it plays a central role on the way to a holistic self-perception of the human species, not only regarding the galloping climate change.

How observation points shift and how closely the distant suddenly seems connected to the very near is shown not only by the real-time broadcasts from every corner of the globe, but also by an interactive programme that was rediscovered in recent weeks because it surprisingly appeared in a mini-series on the streaming platform Netflix.

The programme is called “Terravision”. Initially conceived in 1991 as an art project at the Berlin University of the Arts, a first version developed with the support of a Telekom subsidiary was presented at an international conference in Kyoto in 1994. Later, because it required special computer power, the programme was also presented in Silicon Valley. In 1996, they applied for a patent for Terravision.

The interactive earth observation was thought up by Joachim Sauter, who passed away a few weeks ago, and his colleagues Axel Schmidt, Gerd Grüneis and Pavel Mayer. In 1988, Sauter was also instrumental in founding Art+Com in Berlin, an agency artists, scientists and hackers with close ties to the Chaos Computer Club, which even back then wanted to explore all the new possibilities offered by the networked internet and virtual reality to turn passive viewers (of static works of art) into active users and co-creators.

The fact that art inspires life (and not so much the other way around) is also revealed by the reference (made by Art+Com itself) to Neal Stephenson’s famous novel “Snow Crash” from 1992 (the German edition was published in 1994, the year Terravision was presented). The creators of the earth observation machine, which is oriented towards a truly global perspective, thought particularly of a passage in which (after the protagonist Hiro has gone via “metaverse” (!) to his virtual study “in his nice little house in the old hacker neighborhood ”) a special programme for virtual globes is discussed: “There is something new: A globe about the size of a grapefruit, a perfectly detailed rendition of Planet Earth, hanging in space at arm’s length in front of his eyes. Hiro has heard about this but never seen it. It is a piece of CIC software called, simply, Earth. It is the user interface that CIC [note: in the novel, the Central Intelligence Corporation is the commercial successor to the CIA] uses to keep track of every bit of spatial information that it owns—all the maps, weather data, architectural plans, and satellite surveillance stuff. Hiro has been thinking that in a few years, if he does really well in the intel biz, maybe he will make enough money to subscribe to Earth and get this thing in his office. Now it is suddenly here, free of charge.” (Some people will also be reminded of the Eames’ film “Powers of Ten”, which, starting from a picnic blanket in the park, zooms into the interstellar on the one hand and into the microscopic on the other).

From fiction to reality to fiction

An art project and a literary fiction – in the end, Art+Com created a functioning software that, in principle, enabled anyone from anywhere to take a look at the surface of their own home planet, right down to the front gardens of their neighbourhood. According to the Art+Com site, “Terravision is a networked virtual representation of the earth based on satellite images, aerial shots, altitude data and architectural data. The interactive 3D application makes terrestrial data visible, tangible and, above all, interactively explorable. Users can navigate freely and in real time across the photorealistic virtual globe: From overviews of the earth to extremely detailed micro view, they can virtually fly toward the surface of the earth, where first continents, then cities and finally high-resolution architectural models of individual buildings become visible.”

And, after naming the interfaces through which the whole thing could be controlled: “Terravision was the first system to provide a seamless navigation and visualisation in a massively large spatial data environment. All data needed were distributed and managed on decentralized servers around the globe, linked up with a broad-band network, and downloaded and displayed in real time. Terravision is an early example of a collaborative project whose users collectively contributed to completing a larger picture—in this case, that of the whole Earth.” In conclusion, “ Pointing far ahead into the future of the internet, Terravision is an isochronous realisation of Neal Stephenson’s literary idea in the novel ‘Snow Crash’ as well as a prequel to Google Earth”.

A game for power

Some elements of the “true story”, according to the predominantly enthusiastic augurs, also play a central role in the Netflix series “The Billion Dollar Code”, which tells the now fictional story of a couple of friends who do not want to back down in the face of the superior power of Google and Silicon Valley, who are said to have stolen their beautiful programme and put it on the market as “Google Earth”. If the relationship between art and life was already complicated enough, that between art and business turns out to be even more problematic and difficult. And so the already intertwined fantasies and facts, all kinds of remnants of reality and fictions begin to mix further and further.

There has been no shortage of praise for the fictional, Hollywood-compatible story presented in the usual standard aesthetic in recent weeks. “What a great story,” Adrian Kreye cheered in the Süddeutsche Zeitung (in German) in the very first sentence. With all the fascination, the Terravision programme itself often became an occasion to tell the old story of David against Goliath (“David against Googliath” was the headline in the F.A.Z.), good against evil, idealistic boys against an unscrupulous corporation (including a trial before an American jury) in contemporary garb once again, but now spiced up with digitalisation for the sake of the audience. If you believe the reviewers, the series (we haven’t seen it) seems to contain everything that makes such “cases” successful soap operas. Oliver Jungen, for example, writes in the F.A.Z. (in German) that the series succeeds in “evoking the intoxicating idealism of the founding years in Silicon Valley in bombastic images and at the same time suggesting that neoliberal market thinking has long been rumbling underneath. This is contrasted by Berlin’s naivety, which can’t believe that the idolised world market leader is ruthlessly slamming the door in its face. A German trauma.”

The fact that the protagonists of Art+Com lost their case in an American court is not nice – but does the case have to be blown up into a “German trauma” like the famous molehill into a mountain? For Oliver Jungen and Netflix, the story of Konrad Zuse (“the ingenious German oddball”), who had nothing more left of his invention than the myth of the “father of the computer”, fits the bill. Then to add: “It looks like this story has been repeated on a different level recently, including the mythicisation of which the series ‘The Billion Dollar Code’ itself is a part.”

All (traumatic) repetitions? Nothing but tragic re-enactments? But perhaps the whole thing is also a lesson in a completely different respect. Doesn’t the case, however well or badly it may be told in the series, make clear what a huge gap there still is between promising developments (or, if you like, veritable inventions) and successful innovation? Including the rough customs and all the hurdles of time-to-market? More interesting than the asymmetry of power and the legal battle of the underdogs against the rotten practices of the (nevertheless) much-admired tech corporations would then be, in the design context, the contradiction between inventiveness and capitalist exploitation logic spreading like a virus in the midst of the concept of creativity. In this logic, even if it offends our idealism, it is rarely the pioneers who find the pot of gold at the end of the rainbow. In other words, it is not the vanguard, not the avant-garde, that wins the battle; it merely contributes the information so that the divisions that have long been ready can move up and take over.

Discover more articles on the topics of design and digitalisation. 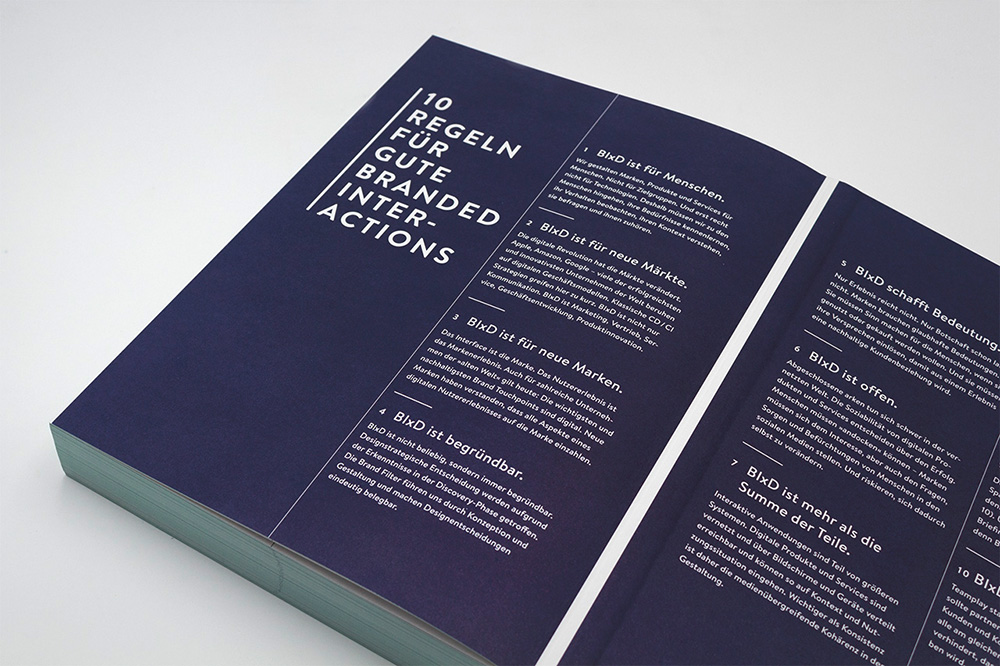 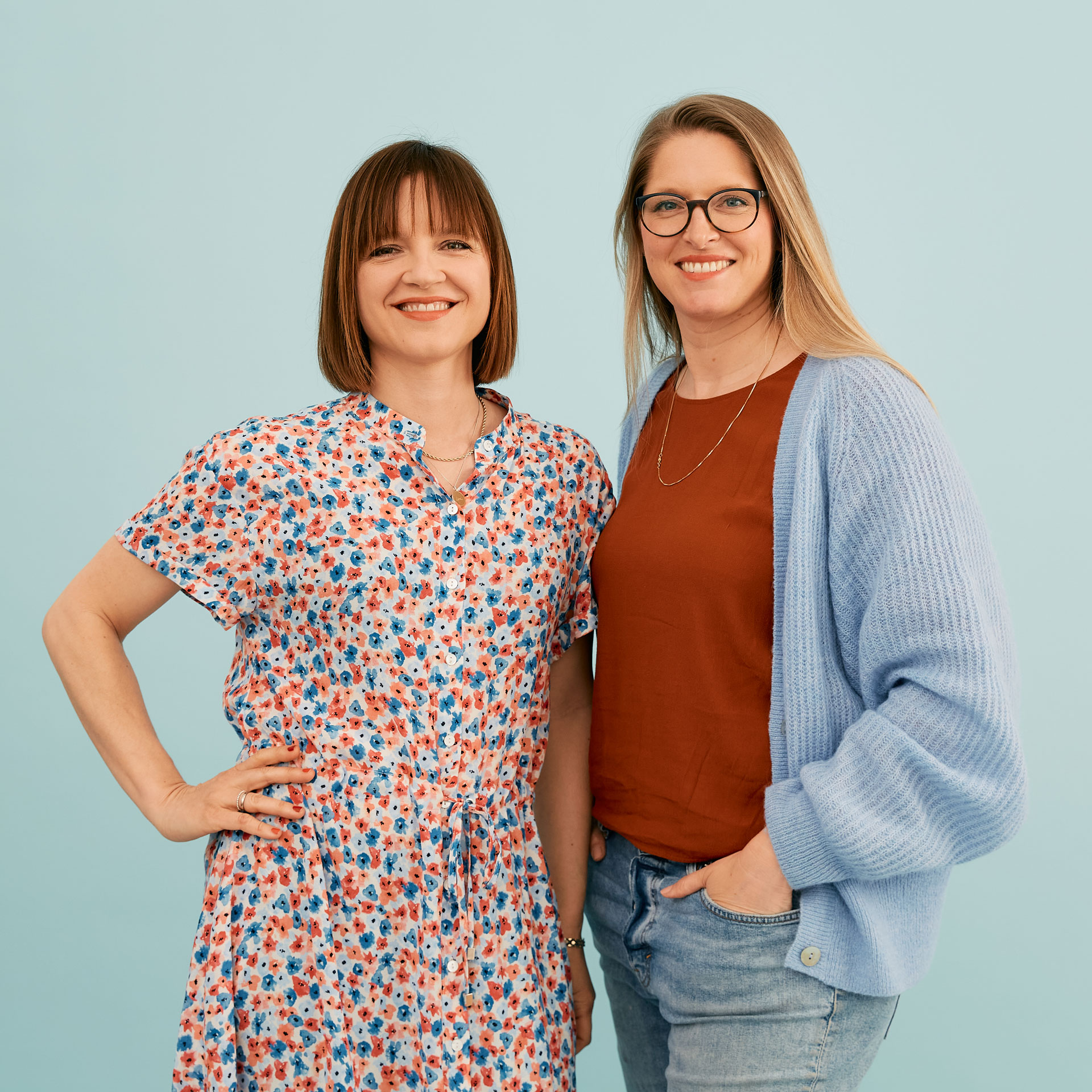 Mission Statement first: How the Start-Up ooia leads its Brand to Success