The Musée de design et d’arts appliqués contemporains in Lausanne, or mudac for short, is the only institution in western Switzerland devoted entirely to design. The museum’s outstanding international reputation is based above all on an enormous number of monographic and thematic exhibitions, as ambitious as they are unusual, on the entire range that characterizes the concept of design. Opened in 1967 on the Avenue de Villamont, Rosmarie Lippuner, its first director, immediately focused the program on contemporary Swiss and international design. An exchange of buildings between the canton and the city led to the move to the Maison Gaudard in 1995. Now, when Lausanne’s new art district “Plateforme 10” is inaugurated on the weekend of June 18 and 19, 2022, the mudac will present itself in a new domicile: alongside the Musée Cantonal des Beaux-Arts (MCBA), the mudac and Photo Elysée will also open the doors of their new building. The building, designed by Portuguese architects Francisco and Manuel Aires, is characterized by a wide gap separating the mudac in the upper part from the Photo Elysée in the base. Both are connected by a reception and meeting space that extends the public esplanade. With now about 1500 square meters, the exhibition space of the mudac has almost doubled.

The new start of mudac in the Plateforme 10 art district also includes a new corporate design. It was created by graphic designer Chi Long Trieu, as it says, “with generous, adaptable letters.” Vowels and consonants are differentiated by stroke width, which visually rhythms the lettering and is intended to express “the mudac’s freedom of expression and the diversity of its museum program and collections.” In addition, the letters of the text mark are brought to life through a series of animations and the logo is characterized by its own sound identity. On top of that, the new CI will be accompanied by a “mudac” font family created exclusively for the museum.

During the opening weekend, numerous events, shows and activities will take place, from concerts to poetic circus shows and plays that will take the audience on a journey through a dream world of train stations and passing landscapes. To mark the merger of the three cantonal institutions at Plateforme 10, the inaugural transdisciplinary exhibition “Train Zug Treno Tren” will also be on display from June 18 to September 25, 2022, with each museum exploring the theme of railroads in its own way. Where, just a few steps from Lausanne’s main train station, Plateforme 10 was built, was once the stop of the mythical “Venice Simplon Orient Express”. The mudac is dedicated to the idea of encounter and the station novel: as places of reunion, departure and chance encounters, the station and the train are places where reality and fiction interpenetrate. Accompanied by a contemporary station novel, the show brings together objects of design, contemporary art, and moving images from advertising and music clips. Documents from the SBB archive are combined with works by Christian Boltanski, Salvador Dali, Sophie Calle, Marina Abramovic or Studio Jobs.

Design & Bildung. Call for Papers on design aesthetics and semiotics

Access secured. Designers and academics hand over documents, and the Smithsonian Institute opens an image database 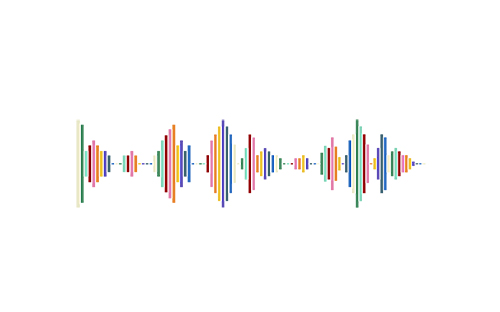 Sound design: How does the knowledge of the world sound?