As CEO of ERCO, Klaus Jürgen Maack wasn’t just a passionate champion of design and technology – he was also committed to developing the best possible solutions for building lighting. He also engaged intensively with contemporary architecture. To mark the occasion of his death, we are republishing his project report “The Necessary and the Appropriate” in which he explains how he sees himself in the role of building owner, drawing on selected architectural examples, and justifies his ideas for building the ERCO Technical Centre.

Klaus Jürgen Maack, who died in Lüdenscheid on 30 June at the age of 81, was just 25 years old when he took the helm as CEO of ERCO in 1963 – no easy task for the son-in-law of the company founder, Arnold Reininghaus. But Maack was a success. Not only did he coin the phrase “Light instead of lighting” (in German: “Licht statt Leuchten”), which is still relevant today – he developed the company’s direction and attitude, and made it into a global market leader. It was Maack who, in 1974, made contact with graphic designer Otl Aicher, and worked with him to create the company’s unmistakable corporate identity. For Maack, design was a management issue. Accordingly, he insisted that all ERCO products should have a contemporary design, no matter whether they came from the company’s own design department or were created in collaboration with renowned international designers and architects. So for him it was a perfectly logical step for the company to develop its own unique standards for its buildings as well, so as to find the right architect and the right architecture based on highly precise specifications. His basic motto for the ERCO Technical Centre project was: “Building overalls for engineers”.

The following article by Klaus Jürgen Maack was first published in “Design oder die Kultur des Angemessenen” (Design, or the Culture of the Appropriate) (published by the German Design Council, Vieweg+Teubner Verlag, Wiesbaden 1993). Published with the kind permission of the Maack family.

The Necessary and the Appropriate. Architecture and Self-Perception. A Project Report.

Over the last 20 years I have worked with numerous designers, architects and light planners to develop the concept of lighting into light architecture, and in doing so I couldn’t help but get to know a whole host of architects, both here in Germany and on the international scene. I have had the opportunity to take part in many important architecture projects. These have included a great number of important museums, ranging from the Museum MönchengIadbach to the Frankfurt Museum of Applied Art, through to the Louvre extension designed by I.M. Pei. I’ve got to know a diverse range of architects, such as Norman Foster who I worked with on the Hongkong and Shanghai Bank and the Renault Spares Parts Centre in Swindon, and Hans Hollein who I worked with on the Museum Mönchengladbach and on his exhibition “The Turks at the Gates of Vienna”.

ln Mönchengladbach it was Johannes Cladders who, as a museum expert, wanted Hans Hollein as the architect, and managed to persuade the city council to agree. In Hongkong it was Mr Sandberg who wanted a 21st Century building for his bank – he put up the money for it, and that is what he got. And at Renault there was a man, now Chair of the Board of Directors, who wanted a spare parts warehouse that would convey Renault’s technical competence in its very architecture, so as to gain a better foothold in the English market.

Unity between a company and its architecture

It becomes clear that we’re talking about building owners who are able to define the goals they are pursuing with their building project so precisely that in the end, a unity is forged between the company and its architecture. In other words: it is possible to give shape to a company’s goals and its corporate culture in the form of an architectural metaphor – provided that the building owner is able to articulate the company’s philosophy and mindset in such a way that the metaphor is not the goal, but the result of the architectural drafting process.

Without this correspondence between essence and appearance, the architecture would be pointless and boring – and in the worst-case scenario, it would be a sham. Here’s an example: imagine a high-tech corporation, which is an international market leader boasting several Nobel prize winners among its research staff, wants to build a head office on Madison Avenue using a design that looks like an oversized Regency cupboard – to me, that would be a blatant discrepancy between the company’s aims and the visual expression of the architecture in which these aims are managed.

To be specific, I’m talking about the AT&T building designed by Philip Johnson. This building is certainly a landmark that can be recognised from afar just because of its roof. But a building’s identifiability is one thing, and the way that the exterior reflects the identity within is another.

Of course there are other successful examples. In Munich, when you go to the airport, you see on your left the Süddeutsche Zeitung printing house. In this case, there seems to be an internal harmony between the architecture and the production process. Another example, involving a much riskier venture, is the BMW administration building, which symbolises the four-cylinder engine. This was a risky idea because a company’s products seldom make a good symbol. If we’re to believe the advertising, the company now prides itself on its twelve-cylinder engine. If they want to reflect this pride in their architecture, they’ll need to make some extensions to their building.

An attitude needs to be represented by a symbol, rather than a concrete object. This is what we undertook to achieve in our company when we set about building our Technical Centre. Perhaps I should tell you at this point how we went about finding the right architect and the right architectural style. During the long conversations I’ve had with Otl Aicher, with whom we’ve been working for over 10 years on our graphic design, communications and corporate identity, we determined that a building owner – i.e. I in this case – should be able to set out in a policy document, no longer than one A4 page, my expectations for the building and the ideological factors that should govern its design. This paper, forming the basis for a general pre-briefing prior to the actual briefing, had to be binding for the architects. The actual briefing consisted of a conventional description of the departments that had to be accommodated in the building in terms of square metres, allocations, etc.

In writing this position paper, I came up with the idea of making overalls for engineers. Overalls are a practical item of clothing that has external pockets, zips, and straps, possibly even hooks, for stowing small hand tools, notebooks, a folding ruler, and such like. In a pair of overalls, you’re not there to represent something, but to get down to work. A man in overalls is a man who is technically competent and interested in practical work, someone who strives to find the right solution to a technical problem.

I came up with the idea of making overalls for engineers … From an organisational point of view, our overalls, i.e. our new Technical Centre, were to be occupied not by the hierarchical company structure but by the network.

From an organisational point of view, our overalls, i.e. our new Technical Centre, were to be occupied not by the hierarchical company structure but by the network, i.e. management through working groups that constantly form themselves anew based on the task in hand. Now the question arose as to who would be the right architect to build our engineers’ overalls.

In our company we have a fairly extensive architecture library, and after consulting a lot of books, we narrowed it down to a list of possible names. Though in the end it was something I came across by chance that drove me to take a closer look at one particular architect. In the publication “Bauwelt” (Building World), I came across a small annotation next to a small black-and-white photo of a bakery in Munich: “Rischarts Backhaus” – this, we were sure, was the style we wanted.

I contacted Uwe Kiessler, who was the architect, and asked him if he would be interested in our project. The answer was a resounding yes. For the initial introductory meeting I asked him to bring along photos of what he considered the 10 most important examples of architecture – built not by himself, but by his colleagues. This somewhat vexing request elicited a muttered response of “Hm, interesting” on the other end of the phone. And when we met for the first time, we had a highly stimulating discussion about the whys and wherefores of the examples he had chosen.

I think this was a good opportunity for both of us to find out what we thought of each other, and how serious we were about the overalls idea. When we met for the second time, we looked over a few buildings together, as you would expect. First and foremost, of course, was “Rischarts Backhaus”. Then we let him know that for our building we wanted a different structural engineer – one who was able to solve technical problems not just by calculating dimensions, but through design intelligence.

At a later stage, once the initial plans had been drafted which were then approved by our production engineers and admin people, there was an in-depth discussion between the architect, Otl Aicher and us – this took place in Rotis, at Otl’s office. We took yet another critical look at everything we’d developed so far, to make sure the overalls concept had been executed correctly.

Now the Technical Centre is finished, and we’ve moved in. The building’s occupants like it, and so do visitors. But, equally importantly, it’s well liked by the people of Lüdenscheid, the city we live and work in. They like the look of the building, and think it enhances the city’s industrial landscape.

And that’s a great compliment, first and foremost to the architect Uwe Kiessler, but also to us as an industrial company, because after all, we are reliant on the sympathy and goodwill of the populace. Because, to quote Meinhard von Gerkan in his book “Industriebau vor Ort” (Industrial Building On Location): “Industry has no special right to be ugly: quite the opposite, it has a duty to be shapely, to adopt a respectful, shapely form within the city that hosts it, and to create a considerate addition to the landscape. It also has a duty to provide a well formed and humane workplace. Not least, trade and industry, whose production processes represent the basis of our society’s wealth, owe it to themselves to create buildings to house these processes which do justice both to their own aspirations and their social significance.”

This article was first published in: 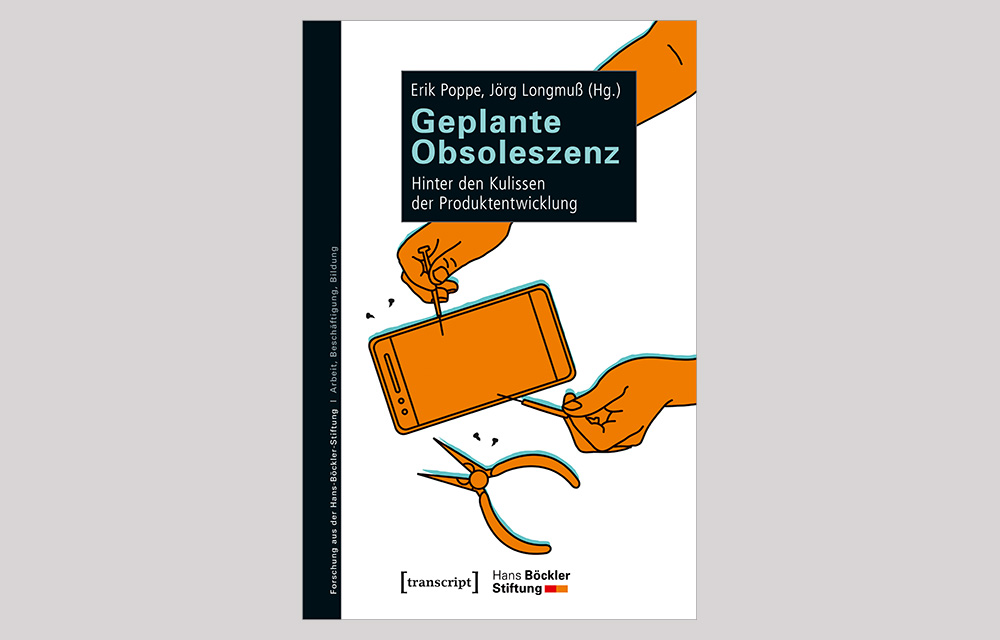 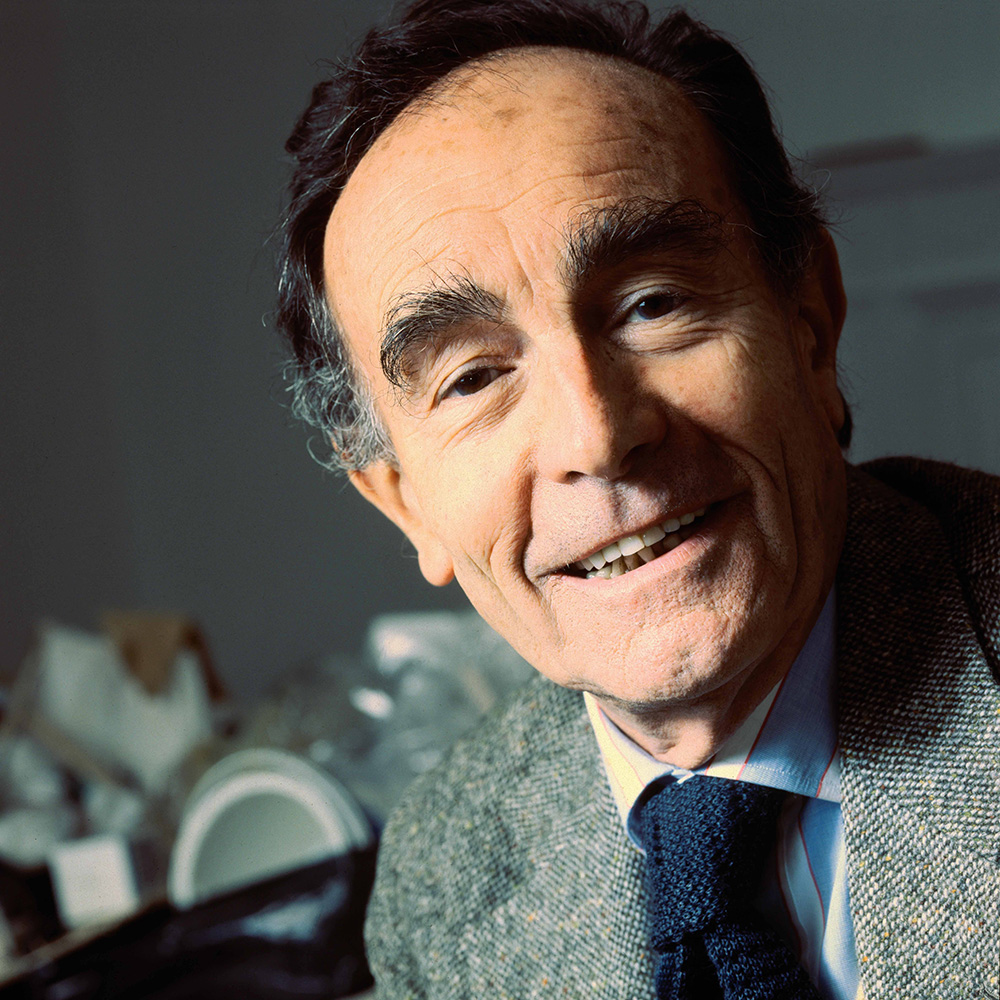