Manfred Lamy can be said to have always sought to expand his horizons. He played competitive sports until about 18 or 19 and was one of the best junior tennis players around; he also played hockey. “These days,” he declared a few years ago in a conversation with Klaus Klemp, “I know that was the best possible education for becoming a businessman. However, you need to play team sports. I was always the team captain when I played hockey. It taught me how to excite and motivate people, and that benefited me later in my career.”

He then went on to study. Doing “technical management”, as his father had recommended him, was not something that appealed to him. He switched to economics, at least on paper, saying that what he studied was actually a little bit of everything. He attended philosophy lectures by Karl Löwith and Hans-Georg Gadamer, and theology too, and explored Søren Kierkegaard’s existentialism. He was also attracted to graphic design, visual art and music, especially jazz, which he listened to at Heidelberg club “Cave 54”. As broad as his interests may have been, though, he finished his studies with a thesis entitled “The entrepreneur as a pillar of a social market economy” under supervisor Helmut Meinhold.

In the Bauhaus’ footsteps

Manfred Lamy joined his father’s company in 1962 as the head of marketing. In those days, he was particularly interested in Braun design, which is what led him to the Bauhaus. “At that time,” he explained, “I only owned Braun appliances. They were all very dear to me and I had this entirely spontaneous fondness for them. Bauhaus, for me, is an art that makes itself useful. I was looking for a design approach, so the Bauhaus was of course a proposition.” He met designer Gerd A. Müller in 1963 and things started to take shape. They soon came up with a joint project together: a fountain pen in the Bauhaus tradition, as they called it. Lamy said, “We used the Braun razor’s contrast between black and metal as a basis. Not much else changed between Müller’s design model and the first production model.”

His father, Josef, came from Germany’s Black Forest and made his way from there into the world. As an export manager at Parker, and later its country manager for Germany, he laid the foundation for the pen company and launched the Lamy brand name in 1952. Then, in 1966, his son put on the market the Lamy 2000, a pen that dispensed with nostalgia and looked modern in every respect, with form following function. Its characteristic cigar shape, technical precision, perfect craftsmanship, pleasant touch and ease of use complemented each other perfectly. Small details such as the spring-mounted clip set standards. Materials that were challenging to work with, such as matt-polished stainless steel and Makrolon (polycarbonate), were a novelty in the mid 1960s and emphasised its modern appearance.

When all the design elements were observed together, the Lamy 2000 fully redefined the design of writing instruments. Fountain pens had until then been heavy, black and thick, and sported a gold ring around the waist for decoration. From then on, every pen had to be functional, adapted to its usage, affordable, durable and appealing – at least for Lamy. Manfred Lamy developed his own design philosophy based on this, with a constantly reinterpreted modernity that continues to this day. While competitors focused their model policy on traditional designs and conventional style, Lamy continued down his path resolutely. Iconic writing instruments of singular design were released again and again after 1966, with and without the collaboration of Gerd A. Müller, who passed away at an early age. As varied as they were, the designs are immediately recognisable as Lamy pens.

As time went by, the models created came to be considered the “modern archetypes of a classic writing instrument”, as designer Michael Sieger once referred to Lamy’s products. The list of designers whom Manfred Lamy collaborated with after becoming the sole director in 1973 is as long as the names are illustrious. They range from Gerd A. Müller (Lamy 2000) and Wolfgang Fabian (Al-star, logo, safari, swift, tipo) to Franco Clivio (dialog 3 + pico), Mario Bellini (imporium), Richard Sapper (dialog 1) and Naoto Fukasawa (noto) as well as Eoos (econ) and Jasper Morrison (aion). Style and innovation, design excellence and technical progress; and artisanal precision and savvy marketing converged closely under Manfred Lamy’s leadership. His recognition of design as a key distinguishing factor and influencer of success at such an early stage is further proof of this. Additionally, he knew how to bring these characteristics to life astutely and prudently.

Lamy continued to surprise the industry on repeated occasions. In the 1980s, for example, his Lamy safari successfully snatched the leading position in the school pen market from competitor Pelikan, even though Lamy pens were more expensive. Today the safari – the result of extensive research in child psychology and a strictly user-oriented development process – is the world’s most-sold fountain pen and a design icon thanks to its ergonomic styling.

Manfred Lamy retired from day-to-day operations in late 2006 and joined the company’s advisory board. He has received many awards for his achievements, including the “Design Award of the Federal Republic of Germany 2008 – Personality”, which was awarded to him by the German Design Council on behalf of the Federal Ministry of Economics and Technology. A three-person team consisting of long-time employees Beate Oblau, Thomas Trapp and Peter Utsch have managed the business since 2018. “If you want to be a design company, the products need to offer something in terms of design,” Dr Manfred Lamy once said. He passed away at 84 years of age on 17 January.

A collector with no fear of confrontation. 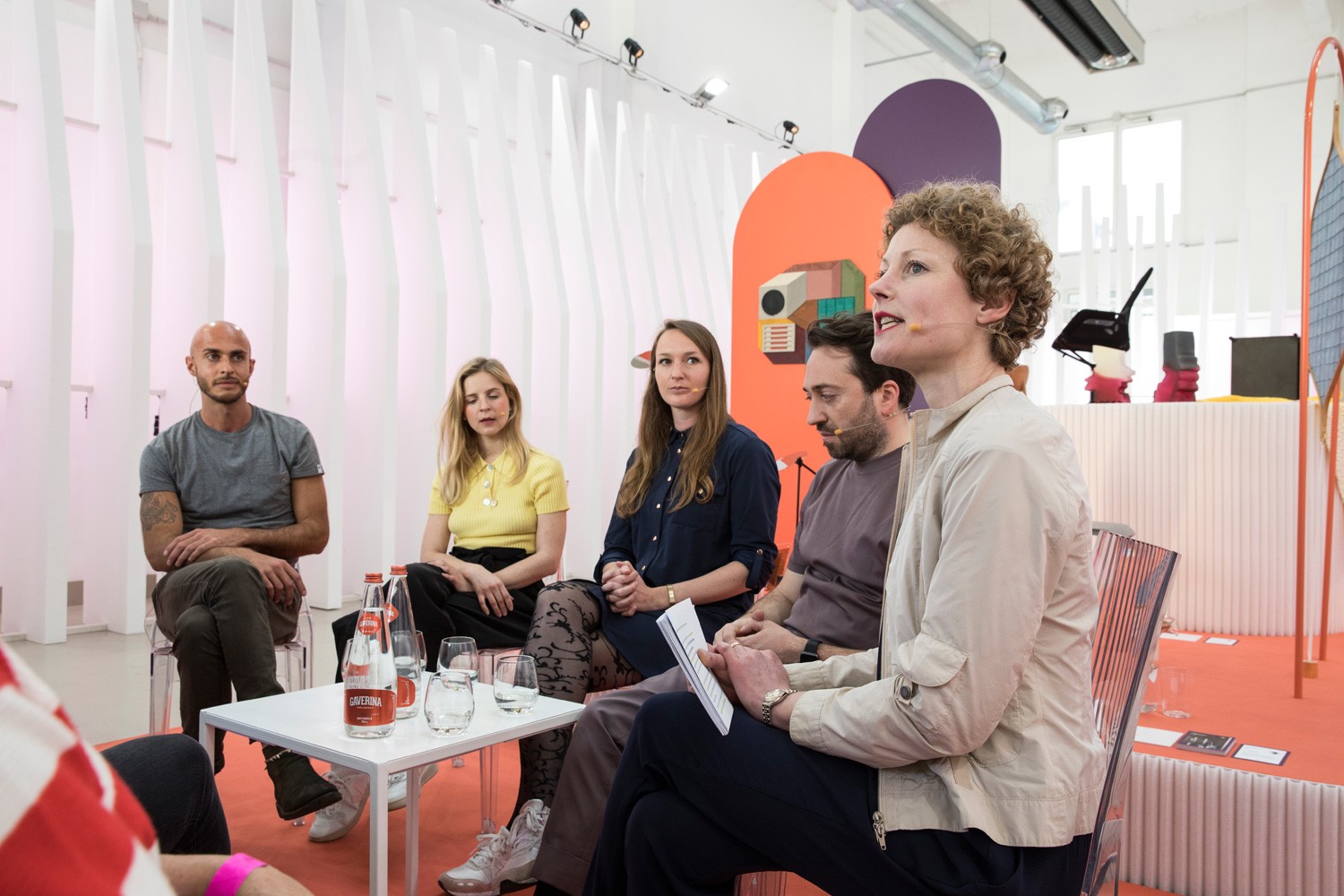 Sustainability: How do we implement ecological change?