Even as a child, Oona Strathern-Horx was fascinated by houses and architecture. Having later also developed an interest in urban planning and social interaction, she has made a career out of her passion. She has recently published the Home Report 2020, in which she explores some questions that affect us all. How will the architecture of our cities change? And, above all, how can we better design the architecture of our lives?

Putting the question: an interview with Oona Strathern-Horx.

You live with your husband and your two sons – aged 23 and 27 – in the Future Evolution house you designed yourselves. It sounds very space-age and mystical. Can you tell us about it?

It all started about twelve years ago. My husband and I were living in a rented apartment with the children, and it was clear that we liked Vienna and wanted to stay there. So we decided to build a house in Vienna. We asked ourselves what it should look like. My husband had these fantasies of “2001: A Space Odyssey” and “Star Trek”, whereas I was longing for an English cottage. So we had to find a compromise. We wanted to incorporate our work from the last 20 years into this house – with all the studies and ideas about megatrends that we had been researching.

It was instantly clear that it needed a social space, a hub, a centre. And it needed private areas to retreat to. We realised that there would be four individualists living together and so we wanted to build a modular house. Each of us has a module to give us our own space, but at the same time there’s somewhere where we can all come together. So, we were more concerned with the social aspects than the technical ones.

Is the subject of the home gaining new meaning in our society?

Absolutely. In the past, people bought or rented a house or apartment for life. With the last generation, we’ve become more mobile; we have much higher expectations for our homes and we don’t stay in one place. We no longer want to spend our whole lives in the same house and, to some extent, we don’t want to invest our whole lives in a house like this either. I think the younger generation has a different approach when it comes to their homes. It’s more about investing in experiences than in material things. They have different values. Many people from the next generation want to create a private space but still be part of a community. They want to build relationships. This means there’s a great deal of interest in co-living, community and cooperation.

You’ve coined the term “regnose” at your Zukunftsinstitut, which means looking back from the future. What do you think the world of homes and living together will be like in ten years?

“Regnose” is an interesting method, particularly in these extraordinary times. People like to work with prognoses, where we start from the present time and slowly edge our way forwards. But we need a different, more optimistic way of looking at things. With “regnose”, you imagine a future – maybe in a year’s time or in five or ten years – and then you can think backwards about how you will get there. When you look into the future, you normally start from the problems of the present. With this method, you start from the future to find the solutions needed to get there. So you get a very different picture.

When I think about future living, I see many more communities. In the current situation, we are relearning the value of solitude – and, consequently, the importance of relationships. I think there are now many people who could imagine living in a co-living space in five or ten years, rather than living alone.

I’ve got a lovely example from England, where there are three grandmothers who have been living together for the last few months. They were already friends and they decided to live together for the coming months, instead of living separately in isolation. They thought about which of their homes would be the most suitable, and they are now even considering whether they want to stick with this solution and should simply find a house or a flat where they can continue living together.

Many people from the next generation want to create a private space but still be part of a community.

We are now appreciating community in a whole new way. Many people have been worried about co-living because the old model of shared accommodation was very stressful. With the new form of co-living, however, you have your own little bathroom and a small kitchen. And then you have a common area where people can come together if they want. So there’s nothing forced about it.

You can also consciously build individualistic communities like this. Vienna has a vertical village, for example, with 36 apartments occupied by various people – families, older people and younger people. There’s great diversity there. They all have their own apartments but there are lots of shared spaces as well. They have a large terrace, a little cafe, a space for play and a big kitchen where they can all cook together or in groups if they want. They share a lot of things but only as the need arises. It works really well – like a village within the city. In the past, people built relationships and friendships over the garden fence. Now, we need to create different models so that people communicate with each other and build a community or a sort of village in the city.

What is a normal working day like for a futurist?

I work from home as a journalist. I’ve done a lot of work for newspapers and TV in the UK, and I studied human geography at university. That subject deals with urban planning and people. As an Irishwoman, it’s very interesting to live with my husband, Matthias, because he has this German perspective. And together we’ve developed a European perspective. I research and investigate lots of issues from America and the UK. My husband provides the German angle. We complement each other really well in this regard.

We each have our own areas of expertise. I specialise in architecture, design and living, and my husband is more focused on political systems. For instance, when we are thinking about new forms of housing in the city, I investigate what the square footage is. The average square footage is falling. Then I look, for example, at the number of one-person households. And then we discuss the implications for society and politics. What do policies need to do to create new homes? What are the requirements in a society where many more people are living alone?

What effect does this have on the different stages of life? When we live alone for longer, we marry later and have children later. What does this mean for society? You can make a comparison between the different countries in Europe. Take for instance Sweden, where they have a very high number of one-person households – around sixty per cent! This means that more people live alone, and they can afford to have different policies and a different strategy when it comes to the pandemic rules.

Why do we need robots to cook for us? I think too much smart technology is a distraction from taking a good look at ourselves.

What new opportunities are there in the tug of war between the analogue world and the digital world? How can we use the internet and its data-driven opportunities for ourselves? Will we be living in individual co-living arrangements? Or will it be more about concepts such as smart living, smart homes and smart cities?

I’ve always been a bit sceptical about the term “smart”. When we were planning our house, the question came up of whether the fridge should have an internet connection, for example. Is that really important? And we realised that it’s much more about human reflexes and human needs, such as simply getting up and opening the curtains. This is a symbolic act, because you’re letting the day in. If you hand that task over to a battery, aren’t you losing something?

Why do we need robots to cook for us? I think too much smart technology is a distraction from taking a good look at ourselves. We tried out lots of things in our house, including Alexa and various other devices. They all ended up in the cellar. We should build our houses and our communication around people and not technology.

I find it interesting that we are becoming aware of the limits of technology at the very time when we are now becoming more dependent on computers. We realise that using it in a certain way for a certain time fulfils a certain purpose, but beyond that, we don’t want it. I talk to lots of people and ask them what “smart” means to them and whether they still want a smart house. The answer is often “not really”.

You could say that the time we spend with computer technology would actually be better shared with another person. The idea really should be that online life improves our life offline. It sounds a bit paradoxical, but I’m finding that we’re learning a great deal from the paradoxes of this period. For example, that we have to cut ourselves off to feel like part of a community, or that we have to go online so much to value our life offline.

How has the relevance of design changed and how will it continue to change?

There has been a growing demand for authentic products, authentic companies, authentic slogans and authentic offerings in recent years. Things are now heading a little more in the direction of activism. Design needs to have a different debate. It has to make a difference in a holistic sense. It’s not just about beautiful form – social and human values are also important.

You can see this in home design, where people now place much greater value on sustainable products. I like to mention hero materials in this context. People are now taking a greater interest in vegan design. One of the Hilton hotels in London has a vegan suite, for example. Of course, non-vegans are also interested to see what this might look like. Lots of wood, but no feathers, leather or silk. It’s incredibly inspiring. You could say that design today is about more than just the outer appearance. It’s about processes, such as political activism.

There has been a growing demand for authentic products, authentic companies, authentic slogans and authentic offerings in recent years.

What is important to you personally as a futurist?

Apart from that, I’d really like to be able to go surfing again sometime. And if I think about the house we’ve now been living in for ten years, I think I’d like to update it a bit. It’s important to me that we are an active house, and that we use new technology and design to produce more energy than we need. We could give this to the neighbourhood or feed it back into the grid. When I renovate something, I only use products that fit with the cradle-to-cradle principle. I try to set an example with projects like this, to show that we can make a contribution to the future.

Thank you for the interview. 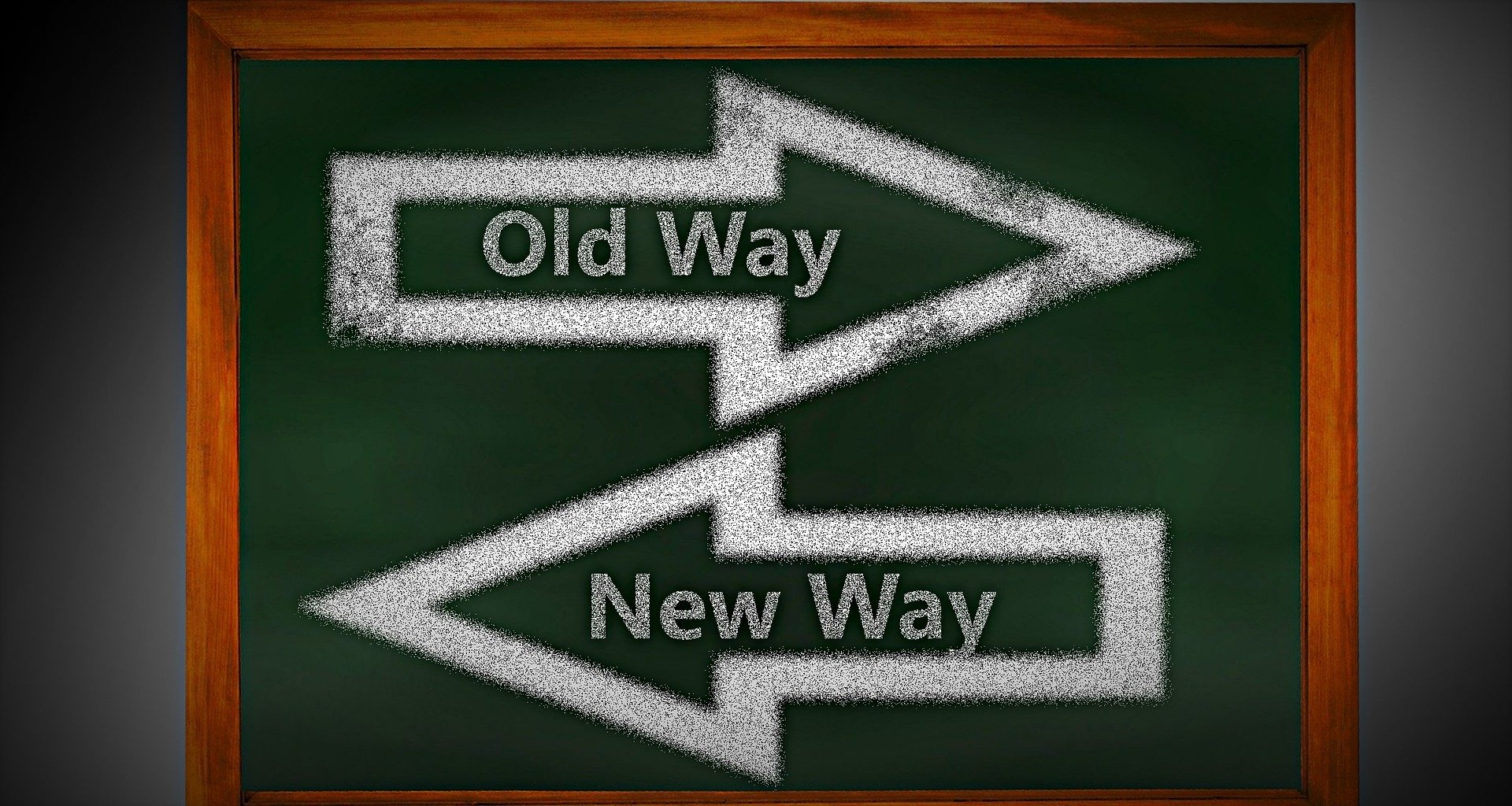 Stop improvising – a plea for brands! 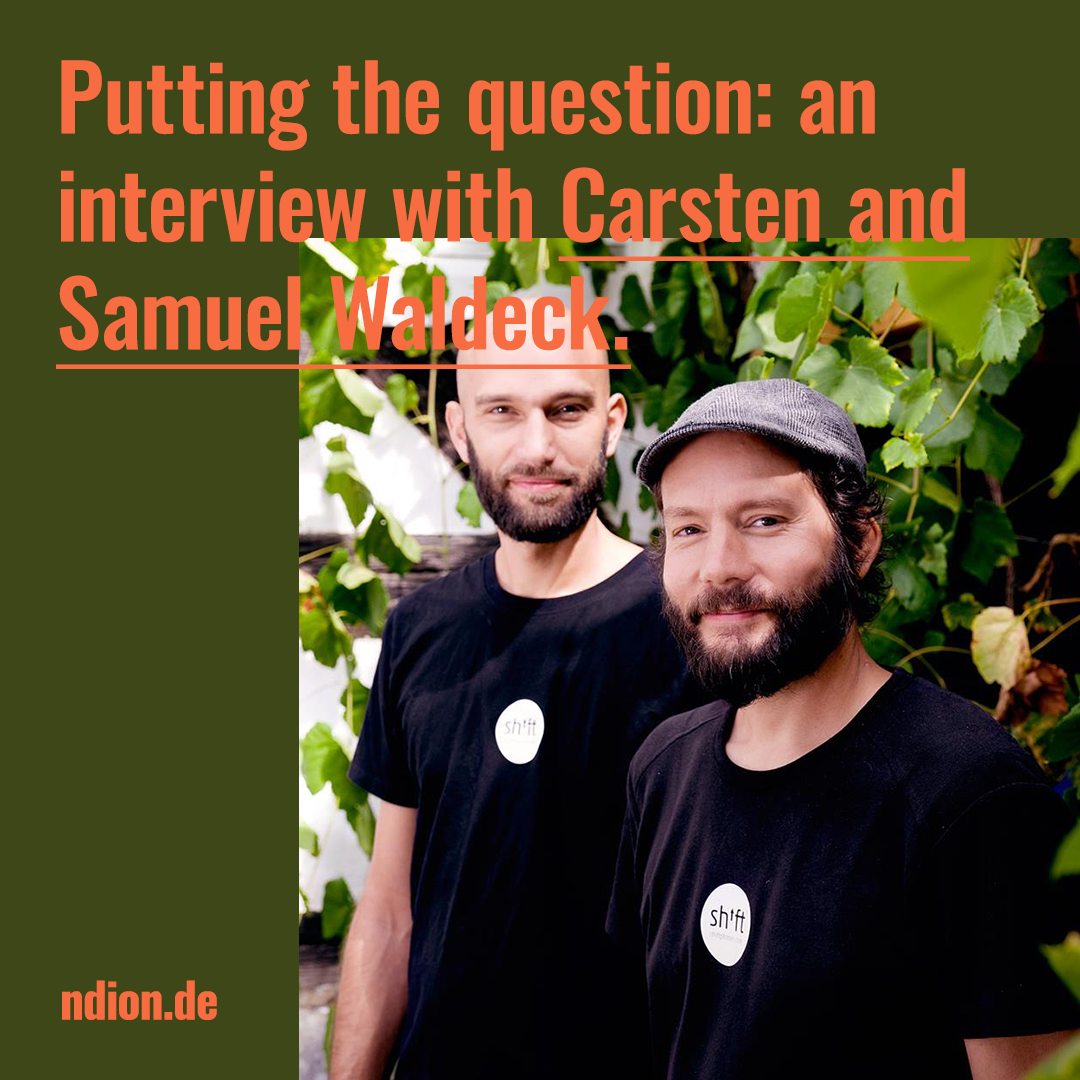 “It’s a design flaw if devices are not repairable”: Shiftphone designers Carsten and Samuel Waldeck 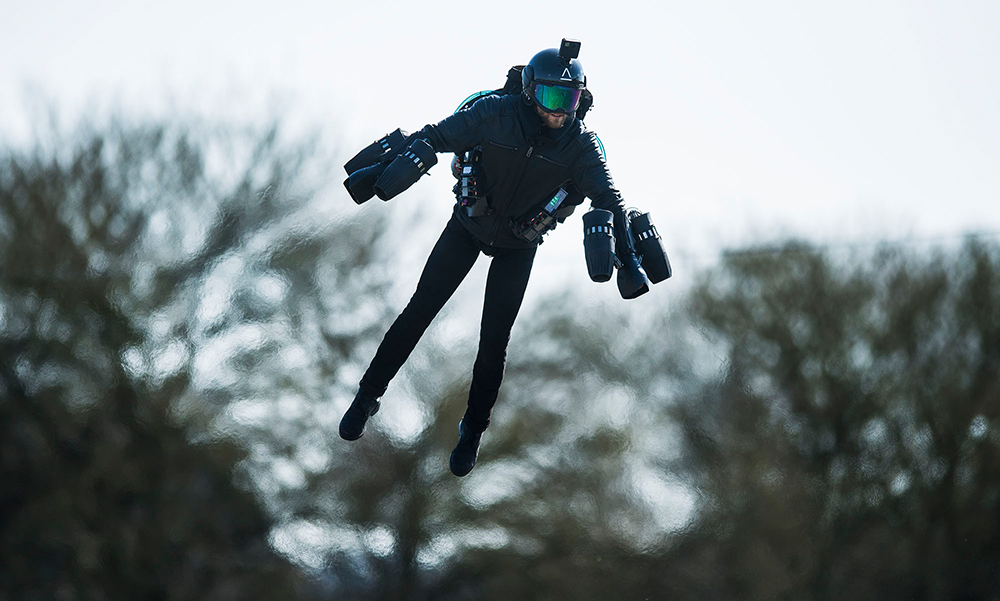