Architecture is not only a formal and aesthetic practice, but also a social one. While modern urban planning neglected this aspect of space for a long time, the call for architects to take on greater social responsibility has been growing for years now. The built environment generates identity, creates new jobs and produces places of interaction.

Whether a civic centre, school or simple town square, what is always created is – potentially – a place of community. Our feeling of community is being put to the test in this era of coronavirus and social-distancing regulations. However, genuine human interaction and social coexistence remain essential for a society’s cohesion.

This applies to urban centres as well as more frequently neglected rural spaces. Recent architecture projects show that local residents and future users are more often becoming involved, even from within construction projects, and are making diverse contributions to the construction process. The societal conversation around climate change means that urban planners, engineers and architects face additional challenges. The architectural projects that have grown from communal initiatives in entirely different regions are characterised by interactions on an equal footing and having access to the building structure in a way that is typical for the region and marked by extraordinary engagement.

In many of the world’s regions that are characterised by poverty, there is a lack of well-equipped educational facilities. At the same time, places for communal learning are of fundamental importance to the future of every individual. Education is usually the only opportunity for someone to escape precarious living conditions. The Rising Star initiative saw the construction of a primary school in the Hopley settlement of Harare, Zimbabwe’s capital city. Until the initiative was established by two residents in 2010, the roughly 500 children there could only be taught in the humblest of conditions. Now, the new-build school offers its pupils a supportive learning atmosphere year round.

The school complex’s construction was supported by Ingenieure ohne Grenzen e. V. Ingenieure ohne Grenzen e. V. (Engineers without Borders) as well as the active participation of local residents. Among these residents were trained bricklayers just as much as young, previously inexperienced workers who were given the chance to learn the trade during the various stages of the project. The 20 months taken to build the school were marked by intensive knowledge transfer on both sides. The workers’ expertise flowed directly into the construction process. The whole construction process for the school complex was distinguished by communal building, learning from one another and offering workers a prospect for the future.

The region’s typical brickwork style was utilised for the project, with a central element of the architectural design being the arch structure. The arch is reminiscent of the traditional shapes of Great Zimbabwe, a historic city south of Harare that was a significant urban centre on the African continent until the 15th century. It is an important point of reference for the local identity, and its ruins are still maintained to this day. The variation of the open room typologies, the interplay of light and shadow and the simple facades decorated only with simple juts of brick simultaneously make the school identifiable as a modern building at first glance. The choice of material represents a sustainable understanding of architecture, with mud brick offering a long life and creating a pleasant indoor climate thanks to its cooling effect on hot days and warming effect on cold days.

The project combines social engagement and responsibility for the next generation. The initiators found it important to create jobs in the economically underdeveloped district and to incorporate the surrounding population’s knowledge of the traditional local construction method, all the while creating a firmly contemporary structure. Rising Star received the “Best of Best” distinction at the 2020 Iconic Awards: Innovative Architecture.

Francis Kéré has for a long time made outstanding contributions to schools and community locations that are sustainable in the best sense of the word, particularly in his native village of Gando in Burkina Faso. The Berlin-based architect is currently planning his first school in Germany. This is not for want of requests; rather, his interest only became piqued with a Waldorf concept pursued by a committed group of parents that featured participatory planning for the school. “The concept gives me the possibility to reflect on community. It aims to be not only a school, but also a community centre with an opportunity for learning,” says Kéré. The school features primary and secondary levels and offers the entire education pathway, with a campus designed to be an integrated environment for children of all age groups. Constructed alongside the teaching rooms will be laboratories, art studios, design and technology workshops, a sports hall, a performance space, a canteen and various informal places for learning and interacting.

The site of the school is a former strawberry field. In turn, Kéré will have vegetable patches created on the buildings’ curved roofs in order to minimise the footprint and offer users the chance to deal with food production and food consumption in an ecologically and pedagogically aware manner. Children’s wishes were directly incorporated into the design in multiple areas, for example the idea of a central fireplace being a meeting and assembly place. The first of the main buildings should be ready by 2022, with the additional buildings progressively following in the years thereafter.

Another project that is just as ambitious was created in Germany’s first “Fahrradmodellquartier” (“Model Cycling Quarter”) on the campus of Bremen’s City University of Applied Sciences. The quarter’s central meeting point is FahrradRepairCafé (Bicycle Repair Cafe), which was honoured at the ICONIC AWARDS 2020: Innovative Architecture. The cafe appeals to students and residents equally, with its service workshop, a workshop offering and events. Thanks to its open glass construction, the repair cafe can be experienced by the whole neighbourhood. All residents can take advantage of the repair service and the hire service for cargo bikes and electric bikes with trailers, along with the repair courses and events offered by volunteers. For students of architecture and of civil, energy and environmental engineering, the building will serve as a real-life laboratory. Modern, climate-friendly, and social architecture, a timber frame construction and low-carbon building services can be experienced directly on-site. A food and restaurant offering is the finishing touch on the concept.

The design and engineering were based on the principles of sustainable construction, particularly with regard to the structure and choice of recyclable construction materials. The striking building was designed as a folded timber structure and features transparent elements in its facade. Green roof retention ensures a cooling effect through the evaporation of rainwater. Combining integrated battery storage with a pellet stove enables regenerative power consumption and reduces carbon emissions to a minimum. As for the interior, the sustainability factor was also considered when selecting furnishings made of recycled materials.

The Fahrradmodellquartier is an initiative to improve the quality of life in Alte Neustadt, Bremen, with enlarged pedestrian and cyclist areas and to design transport to be safer for all travellers. A wide array of research centres at the City University of Applied Sciences were involved in the planning and construction. FahrradRepairCafé was financed with funds from the German government’s National Climate Initiative.

Public institutions, places of education and urban spaces – whether in our own neighbourhood or on other continents – can significantly strengthen community and local infrastructure when they are understood as having a social function rather than just a functional and architectural one. The projects mentioned above demonstrate convincingly that this is feasible even with modest financial resources. Social architecture is created by visionary architects and planners, and especially with the involvement of local residents who come up with ideas for all accessible spaces – ones that often surprise experts – and who fill these spaces with life. 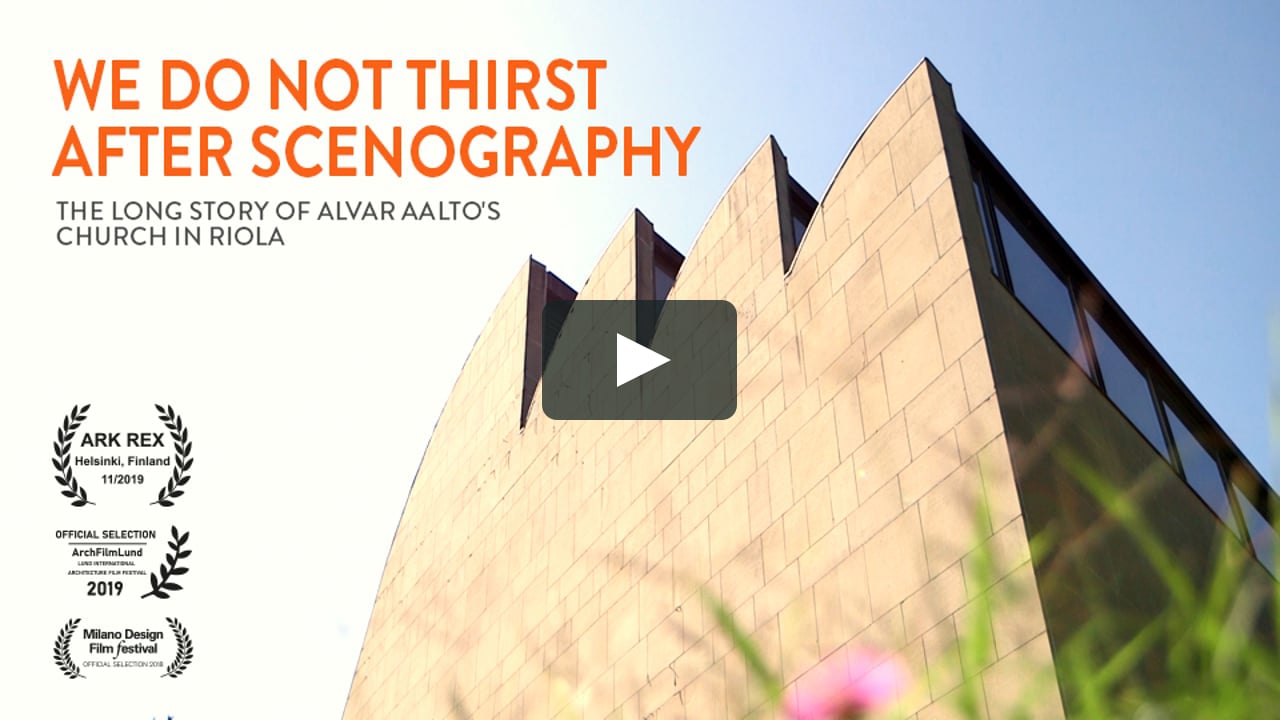 Spotlight: We do not thirst after scenography. The long story of Alvar Aalto’s church in Riola 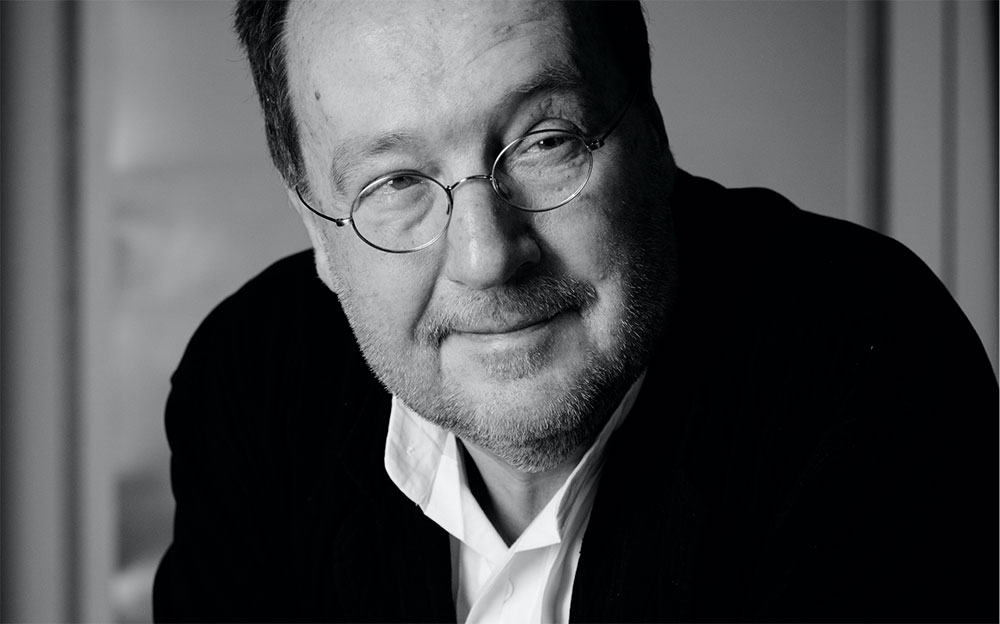 Prof. Dr Michael Erlhoff. A virtuoso of hospitality and conversation