Together, Anton Rahlwes and Nina Sieverding have taken over the role of editor-in-chief at form

Anton Rahlwes and Nina Sieverding replaced Stephan Ott as joint editors-in-chief of the design magazine form at the beginning of 2020. As editor-in-chief since 2012, Stephan Ott has been instrumental in shaping the magazine, which was founded under the original title “Internationale Revue” by Jupp Ernst, Willem Sandberg, Curt Schweicher and Wilhelm Wagenfeld in 1957. Under Ott’s leadership and as a result of his high journalistic standards, the design magazine has become a reference publication for design issues and reports on developments in the fields of product, industrial, communication and fashion design, not to mention design theory. Before becoming chief editor of form, Ott headed the press and public relations department at the German Design Council from 1999 to 2012 and was most recently responsible for its communication strategy and concept, as well as the editorial department. Peter Wesner, publisher of form since 2012, had this to say: “Stephan Ott is leaving us to pursue a stronger focus on the connection between design theory and practice. I would like to thank him for his consistently faithful collaboration and I wish him every success for the future. I certainly hope that Stephan will continue to maintain his ties with us, as he is such an expert on form.” Anton Rahlwes and Nina Sieverding had already been members of the editorial team for some time. Trained at the University of Applied Sciences in Potsdam, designer Anton Rahlwes is co-founder of the Berlin furniture label OUT –  Objekte unserer Tage (Objects of Our Time), for which he created the visual image of the brand, designed the furniture and trade fair appearances, and much more. During her design studies in Braunschweig and Bremen, Nina Sieverding carried out internships at the Bauhaus Dessau Foundation and the graphic design department of Zeit Campus magazine. She worked as a writer and graphic designer for the Braunschweiger Zeitung newspaper publishing house, the Typo Berlin design conference and the event promoter Berliner Festspiele. 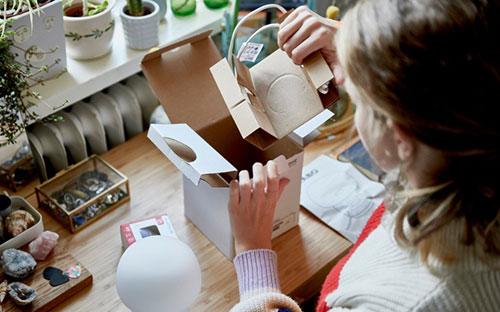 SwissGradNet Discovery Conference No. 3. Implications of artificial intelligence for the future of art and design universities