Japanese car culture incorporates many vehicles of extraordinary technology and design. They are often unfamiliar in this part of the world, which is because many of them are produced only for the Japanese domestic market. These JDM models can be spectacular sports cars, curious kei cars or luxury models with an exotic air. Just the Toyota JDM range by itself counts over 80 models, of which only a few have made their way to the West. Some of the most attractive and fastest JDM models, including the Sera coupe and Toyota 2000GT sports car, rank among the stars of the Toyota Collection on the grounds of Toyota Germany in Cologne. Japan had been a country with few major manufacturers even before World War II broke out, and it took a long time for production to regain momentum there. Its resources were limited and steel was in short supply. It was only in the early 1960s that the Japanese government relaxed its rules on manufacturers only being allowed to build saloons and lorries. When the 2000GT was presented at the Tokyo Motor Show in 1965, the audience was enraptured. This sports car, developed in cooperation with Yamaha, was more than faintly reminiscent of the Jaguar E-Type; there had never before been such a gorgeous car in Japan. The person responsible for the design remains a mystery. It is a known fact that Albrecht Graf von Goertz, creator of the BMW 507 debuted in 1955, worked for Yamaha at the start of the 1960s. However, it is unlikely that he was behind the design of the 2000GT. Toyota, in any case, ascribes the design with the unusual pop-up headlights to its own employee, Satoru Nozaki. The roadster version of the 2000GT became an icon as the spy car driven by Bond girl Aki, accompanying Sean Connery’s 007 in You Only Live Twice. Alongside the 2000GT, other models that can be seen are the compact Sports 800, a vivid green Toyota Sera coupe, a Toyota Sprinter Trueno whose Malaysian provenance is a tale of adventure, the handmade Century chauffeured limousine with a mighty V12 engine under the bonnet and many more. Even the notion of the car as a living space can be recognised, with occupants being able to work, talk business, relax with friends or even sleep in multifunctional models such as the tiny Pixis or larger types such as the Sienta, Raum, Commuter, Coaster and Noah. The spectrum ranges from the hybrid taxi lovingly dubbed the JPN taxi to the Toyota FCV, unveiled back in 2002 and yet still featuring a fuel cell. In total, the Toyota Collection exhibits 75 classics from six decades of company history. The show will be open again to visit as of 5 September following its summer break. Information about opening hours, events and exhibits is available in a free newsletter. Sign-ups are possible at www.toyota-collection.de 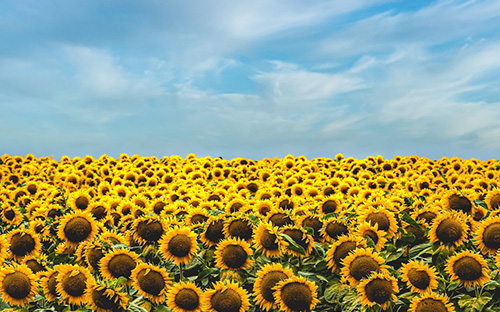 The Latest From The Fraunhofer “Science, Art And Design” Network