Plastic bags, PET bottles and much more floating in the water pollute rivers and oceans. According to estimates, 2.4 to 4 million tonnes of plastic enter the sea via rivers every year worldwide. Although there are already numerous ideas and some concrete projects on how to remove plastic waste from the oceans, what has been lacking so far are approaches to intercept the waste already on the rivers. This is precisely what industrial designer Moritz Schulz from the University of Wuppertal has set himself the goal of doing. With Trashboom, he has developed a floating low-tech barrier that stops plastic waste already in rivers and thus prevents it from reaching the oceans.

The idea came to Schulz during a holiday in Vietnam, where he observed plastic and other litter slowly moving towards the sea. As he could not find a company offering a good solution to the problem, he developed it himself. A prototype passed its first practical test on a stream in Cologne so well that Schulz and his two partners Karsten Hirsch and Georg Baunach decided to develop the prototype to market maturity with the start-up Plastic Fischer. With Trashboom, they finally found a design that meets the requirements of scalability and simple production. Materials procured on site at the locations where the Trashbooms are used and open-source construction plans enable rapid production. Trashbooms are in use worldwide; about 190 tonnes of plastic waste have already been collected.

With his development, Moritz Schulz has now won the James Dyson Award 2022 in Germany and prize money of 5,800 euros. The entries from Germany were reviewed by a five-member jury, which selected a winner at national level and two second-placed projects. The two second-placed projects in Germany are “pinn”, a dining set for people with limited mobility developed by Emma Rahe and Eileen Selby, design students from the University of Design Schwäbisch Gmünd, and “plant screw” by Franziska Dehm and Dominic Hahn, who also study at the University in Schwäbisch Gmünd. Plant screw is an ergonomic forestry tool that digs up seedlings without damaging the roots and makes reforestation easier. The winning project Trashboom and the two second-placed projects will now move on to the international phase of the James Dyson Award 2022 and have the chance to win prize money of 33,000 euros. The international winners will be announced on 16 November. 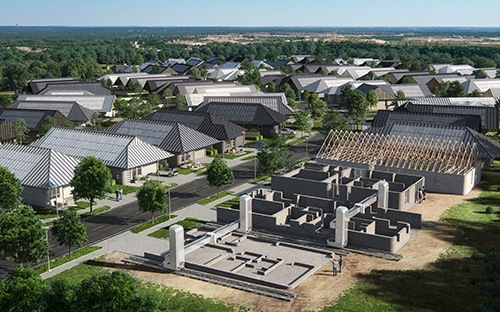 Co-designed by BIG. The largest 3D-printed residential area to date is being built in Texas 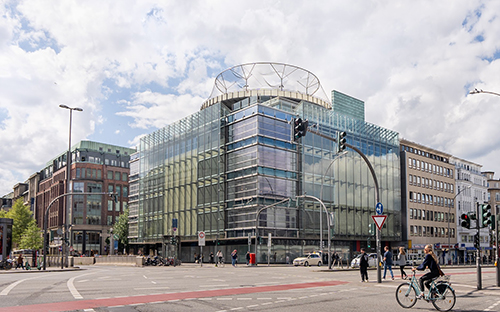