Are we being exhausted by a perpetual cycle of constant consumption, multifaceted information, the latest headlines and turbulent politics? Are we falling into an acceptance of the status quo too easily? How can design mobilise and strengthen the forces it needs to change the world? How can innovation and technology open doors? Is the future maybe just waiting to be discovered? “The Future Happened: Designing the Future of Music” is a virtual exhibition that can be visited online at the Museum of Design Atlanta until 9 April 2022. It centres on creatives who invent new realities through design and music, from the origins of the LP cover to augmented-reality audio production.

Lawrence Azerrad is a Grammy Award winner and graphic designer who came up with the idea for the show and is its main curator. With a career closely connected to the music industry, around seven years ago he began noticing, in his words, “a substantial transformation in the role that album artwork played in our lives”, particularly in how “folks were connecting to, valuing and utilising music”. For this reason, he set out to uncover new ways to investigate the full spectrum of the music experience and the role that design can play in this.

The exhibition also explores how design and art can amplify music’s messages and forge connections with society. “The Future Happened” is rooted in Atlanta and exposes the city’s enormous influence locally and globally. It displays 40 artists from Europe, Africa, Japan and the United States and represents genres from Afro-fusion and hip-hop to indie rock, nu metal, punk, electronica, rapper poet, house pop and soul, including Adama Jalloh, Charlotte Adigéry, Clipping, Peter Saville, Nep Sidhu, Daito Manabe, Spillage Village and many more. On top of that, there are projects such as an interactive tour of the original house and studio of the legendary Dungeon Family, works by Atlanta-based freestyle organisation Soul Food Cypher and interviews and insights into work by Burna Boy, Deftones, Jidenna, Shabazz Palaces, Spillage Village and others. The show is divided into the categories technology, timelessness, community, power, Atlanta and healing. Azerrad curated it in conjunction with London-based creative director Ruby Savage, Atlanta-based cultural producer Floyd Hall and designer and technologist Marlon Fuentes.

BILLY.forsale. A platform for vintage furniture and accessories from Ikea 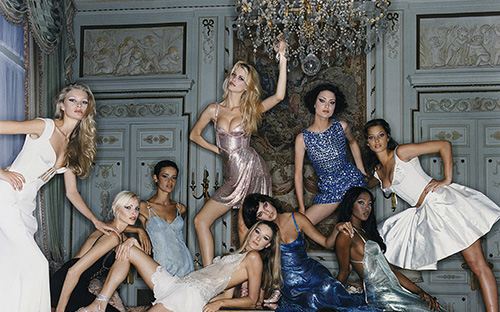 Fashion photography from the 90s, curated by Claudia Schiffer

McKinsey has examined how Europe can become carbon-neutral by 2050