Whether in protest or because of the sanctions imposed – since Russia’s war against Ukraine, many companies and brands have restricted their business in Russia or withdrawn completely. The German Design Council also condemns Russia’s attack against Ukraine and for this reason has stopped doing business with Russian companies until further notice. According to the Association of German Chambers of Industry and Commerce (DIHK), a total of 250,000 full-time jobs at companies in Germany depend on exports to Russia. In 2021, exports to Russia would have added up to a value of 26.6 billion euros. According to an overview by German public broadcast service ARD-Tagesschau (in German), the following companies have taken corresponding measures (as of 10 March):

The Volkswagen Group has stopped exports to Russia with immediate effect. Production at the Kaluga and Nizhny Novgorod plants will be suspended until further notice. Finished vehicles already in Russia will no longer be delivered to dealers there. Daimler Truck wants to stop its business activities in Russia and terminate the cooperation with the Russian truck manufacturer Kamaz. The parent company of Daimler’s truck division, the Mercedes-Benz Group, intends to sell its 15% stake in Kamaz. In addition, the group will stop exporting cars and vans to Russia as well as manufacturing in Russia until further notice. BMW is also giving up exports to Russia and intends to end production at its plants there. Renault has curtailed its activities in Russian plants because of logistical bottlenecks. Volvo, a subsidiary of the Chinese car company Geely, has stopped supplying its cars to Russia until further notice. General Motors (GM) has also announced an export stop, as have Jaguar Land Rover and Aston Martin. Ferrari and Volkswagen subsidiary Lamborghini are also pulling out. Ford has informed its joint venture partner Sollers that it is suspending its Russian business. (The joint venture produces the Russian flagship model “Aurus Senat”, which was developed at the special request of Russian President Vladimir Putin). World market leader Toyota is suspending production at its St. Petersburg plant until further notice due to supply chain disruptions. Mitsubishi is considering stopping production and sales in Russia for the same reason. Tyre manufacturer and automotive supplier Continental is also halting production and stopping its import and export business.

The US corporations McDonald’s, Starbucks and Coca-Cola are stopping operations in Russia for the time being. PepsiCo wants to severely limit its business, stop investments and advertising and marketing activities in Russia. Dutch brewer Heineken is also ending production, advertising and sales of its brands in Russia. The food company Danone is suspending all investments in Russia. Production and distribution of fresh dairy products and baby food will be maintained.

Numerous banks, auditors, fund and investment companies are suspending their cooperation with Russian banks. Visa, Mastercard and American Express have suspended their business, as has the payment service PayPal. The US rating agency Fitch has stopped rating creditworthiness and other services in Russia with immediate effect.

The British energy company BP is divesting its stake in the Russian oil company Rosneft. Shell does not want to buy any more oil and gas from Russia in the future and does not want to renew existing contracts. All petrol stations in Russia will be closed, joint ventures with Gazprom and related companies will be abandoned. The US oil company ExxonMobil is also withdrawing from the Russian oil and gas business. The French company Total will no longer provide capital for new projects in Russia, and the Norwegian energy company Equinor will divest its joint ventures in Russia. The Austrian energy group OMV has abandoned its plans to participate in a Gazprom gas field project and is reviewing its role in the Nord Stream 2 gas pipeline. Uniper also does not want to make any new investments in Russia.

The Swedish furniture retailer Ikea is temporarily stopping all exports and imports to and from Russia and Belarus. The same applies to production in Russia, which is said to affect 15,000 employees. The retail chains REWE, its subsidiary Penny, Aldi and the discounter Netto of the Edeka group, no longer want to sell products that have been manufactured in Russia. The DIY chain Obi, which according to its own information operates 27 DIY stores with 4,900 employees in Russia, is discontinuing its business. The online retailer Amazon stops shipping products to private customers in Russia and Belarus.

Siemens Energy has stopped all new business in Russia. The former parent company Siemens has stopped all new business and international deliveries to Russia. Local service and maintenance activities are to continue in compliance with the sanctions. The truck and train brake manufacturer Knorr-Bremse is withdrawing from its joint venture with the Russian truck manufacturer Kamaz and has stopped all deliveries destined for Russia. One of the world’s largest conglomerates, General Electric (GE), is also pulling out, except for essential medical equipment and support for existing power grids.

Sporting goods manufacturer Adidas has suspended its partnership with the Russian Football Federation and the operation of its own shops and online retail in Russia until further notice. US competitor Nike is not selling goods in Russia via its website and app. Puma is also ceasing operations, as is the Swedish fashion group Hennes and Mauritz (H&M). French luxury brand manufacturer LVMH is closing its 124, Hermès its three shops in Russia, including the one in Moscow’s famous Gum department stores’ on Red Square. The luxury group Kering, the Italian fashion house Prada, the jeans manufacturer Levi Strauss & Co. and the fashion group Hugo Boss also announced a sales stop.

The US parcel service providers UPS and FedEx suspend deliveries to Russia and Ukraine. The Deutsche Post subsidiary DHL is no longer transporting shipments to Russia. Transport services to and from Ukraine have also been stopped. Shipping companies such as Maersk and Hapag Lloyd as well as the Swiss logistics company Kühne + Nagel have largely suspended journeys to and from Russia.

Lufthansa no longer flies to Russia. Airbus and Boeing are stopping their deliveries to Russian airlines. The Canadian aircraft manufacturer Bombardier is also putting all activities with Russian customers on hold. The world’s largest aircraft leasing company, Aercap Holdings, is refraining from leasing business with Russian airlines, and the airport operator Fraport is suspending its activities in St. Petersburg.

Apple suspends sales of all products in Russia and restricts Apple Pay and other services. A change in Apple’s Maps service should help Ukraine in the war against Russia: The app no longer displays real-time information on the traffic situation for Ukraine, from which conclusions can be drawn about troop movements. Google had also deactivated a corresponding function in Google Maps. Google is also suspending its advertising business in Russia until further notice and has blocked apps linked to the Russian broadcasters RT and Sputnik in its Play Store; channels on YouTube in Europe that are close to the broadcasters have been blocked. Microsoft also plans to suspend sales of its products, remove RT apps from the Windows App Store and ban advertising on state-sponsored Russian media. Chip maker Intel is suspending all shipments to Russia, Belarus, and Ukraine, and US computer maker Dell is suspending sales in Russia and Ukraine. The South Korean electronics company Samsung, until now the market leader in Russia for memory chips, smartphones and televisions, has stopped its deliveries. And the German software provider SAP and its US rival Oracle are also suspending their activities in Russia. 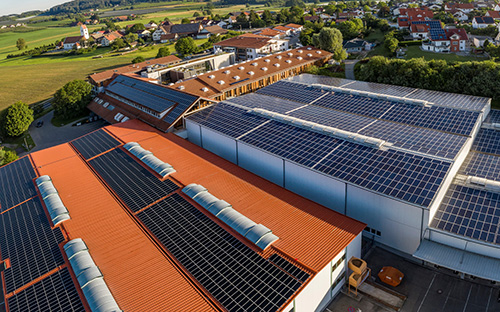 Climate protection instead of advertising. Vaude will become climate neutral worldwide from 2022 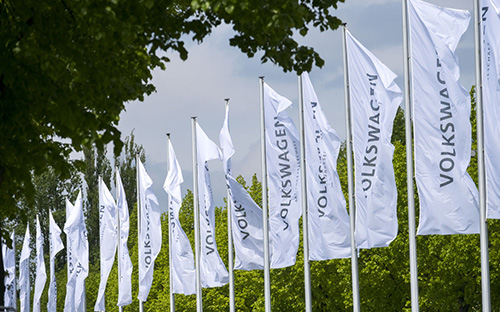 Volkswagen buys back shares in Europcar