Access secured. Designers and academics hand over documents, and the Smithsonian Institute opens an image database

Resources which in the past were either forgotten about or quietly taken care of behind closed doors have now become part of a phenomenon: members of the public are being told about and given access to the archives of influential designers, artists and academics. It has just been announced that Enzo Maris will be handing over his archives, containing about 1,500 objects as well as many technical drawings, documents, photographs and books, to the City of Milan, whose aim is to capture and examine this material, and make it accessible to the public. Born in 1932, Maris is one of the most influential designers of the 20th century. The archive of Austrian fashion designer Helmut Lang archive has been housed for some years now by the Vienna Museum of Applied Arts (MAK), which provides access to the archival material for research purposes. Lang, who has been focusing exclusively on his artistic endeavours since 2005, is currently showing his exhibition Helmut Lang Archiv at the MAK. An intervention by Helmut Lang. Although not a designer himself, Bazon Brock is a lateral thinker with foresight who has made an important intellectual contribution to the design profession. Bazon Brock. The thinker, artist, art educator and art critic, born in 1936, has donated his future estate to the documenta archive in Kassel. The preservation of Brock’s diverse works has been secured through a donation from the publisher Dr. Hubert Burda, which is financing the indexing work.

Another milestone in the current phase of digitalisation and accessibility of historical materials is the news that the Smithsonian Institute in the USA is now granting access to a bundle of 2.8 million images, downloadable free of charge for the purposes of independent research – including many images from areas that are relevant to design. 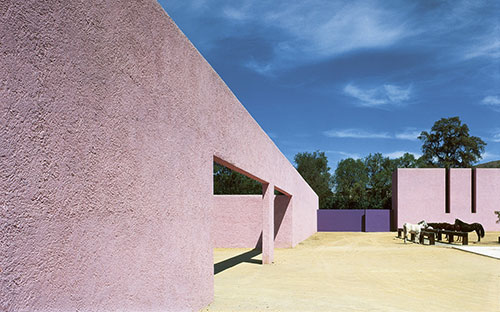 The Barragán Archive is transferred to the Vitra Design Museum