A technology developed at Graz University of Technology uses LED sources instead of laser ones for the additive manufacturing of metal parts. This optimises 3D metal printing in terms of build time, metal powder consumption, equipment costs and the expense associated with post-processing work. Selective LED-based melting (SLEDM), i.e. the targeted melting of metal powder using high-performance LED sources of light, is the name of the new technology that a team led by Franz Haas, director of the Institute of Production Engineering at Graz University of Technology, has developed and filed a patent for. The technology is similar to selective laser or electron beam melting where metal powder is melted down and formed into a component, layer by layer. The new method is intended to fix two key problems: the time-intensive production of high-volume metal components and the laborious, manual post-processing work. Using this method, for example, it should be possible to produce bioresorbable metal implants, ideally screws made of magnesium alloys, for use with broken bones. These implants dissolve in the body once the broken bone has healed, which makes a second operation unnecessary. It would be possible to produce such implants directly in the operating theatre with SLEDM, according to Haas, because “an LED light is by nature less dangerous in an operating theatre than a powerful laser”. He says that another focal point for application is sustainable transport, specifically in the manufacturing of components such as bipolar plates for fuel cells or components for battery systems. 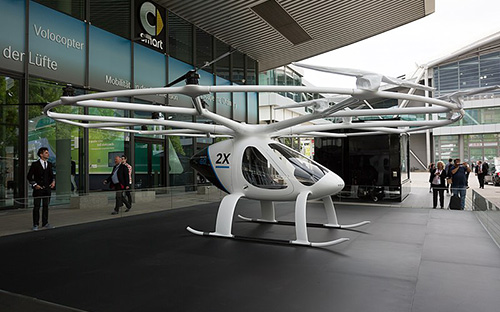 Maria Porro is the new president of the Salone del Mobile