Design is frequently regarded as the seductive facade of a global capitalist system focused on never-ending growth. Designers, the argument goes, sniff out trends and fashions, constantly creating new incentives for people to buy products and inciting mass consumerism – often without regard for the resources this consumes. The documentary Design ist niemals unschuldig (Design is never innocent) by director Reinhild Dettmer Finke explores how contemporary design practice is responding to climate change and the destruction of the environment. It profiles designers who are experimenting with recyclable materials, working in labs they have set up themselves to research energy-saving manufacturing processes in interdisciplinary teams and asking critical questions about the accountability of the sector. In Helsinki, Julia Lohmann is using seaweed to create installation art and other objects, while Marjan van Aubel is working on a “solar democracy” in Amsterdam. In their Superflux studio, meanwhile, Anglo-Indian designer-and-artist duo Anab Jain and Jon Ardern contemplate the prospect of a barely inhabitable Earth resulting from climate change. And in his exhibition Politics of Design. Design of Politics, architect and design theorist Friedrich von Borries demonstrates that design always needs to be understood within a political context. According to the documentary, many contemporary designers agree that as our problems are the result of design, their solutions should be, too. The documentary was originally broadcast at 9.40 p.m. on Wednesday, 28 April on ARTE. It was available in the ARTE streaming library from 27 April until 27 May 2021 and can now be watched on YouTube.

HG Merz: An exhibition in Berlin 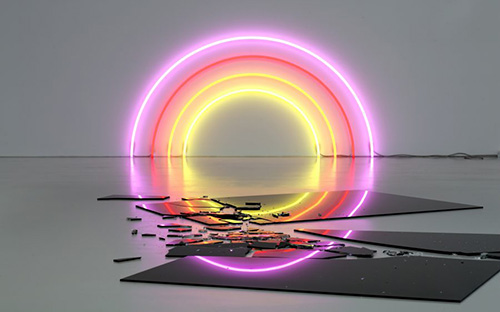