3D-printed buildings are no longer a vision for the future. The first approved residential building using 3D concrete printing technology is currently being built in Beckum, Germany. The house is being printed by PERI GmbH, a formwork specialist from Bavaria. The innovative printer is operated by just two people, who are supported by software to ensure that the nozzles precisely apply the concrete in two-centimetre-thick layers, one by one. One square metre of wall is completed in just five minutes. The two-storey residential building with 160 square metres of living space was planned by Waldemar Korte from the engineering and architectural office Mense + Korte in Beckum. Heidelberg Cement is supplying the specially developed concrete through its branch in neighbouring Ennigerloh. The initiative for the innovative building project goes back to the Beckum entrepreneur Georgios Staikos, who had the idea of printing such a house less than a year and a half ago.

“The concrete-printing process offers us as planners a high degree of freedom when it comes to design”, said Korte. He praised the achievements of the team and emphasised that the 3D-printed house is to be classified as a low-energy house. After its completion in March 2021, the house will initially be open to visitors as a show house. The project is being funded by the Ministry for Regional Identity, Communities and Local Government, Building and Gender Equality of the State of North Rhine-Westphalia, which has also granted building supervision approval for this individual case, with EUR 200,000 from the “Innovatives Bauen” programme. There are already houses built using this technology in Belgium and the US. Einzelfall erteilt hat, mit 200.000 Euro aus dem Programm „Innovatives Bauen” gefördert. In Belgien und den USA stehen bereits Häuser, die mit dieser Technik gebaut wurden. 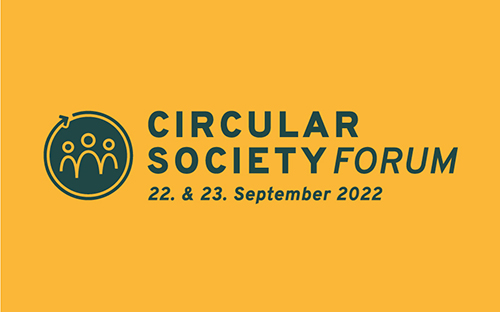 The “Circular Society Forum 2022” of the Hans Sauer Foundation

Design patent. General court of the European Union rules in favour of Lego

Germany number one in the Bloomberg Innovation Index