The international design agency Pentagram has celebrated its 50th anniversary and, on this occasion, announced a new book entitled “Pentagram at 50: Living by Design,” which will be published by Unit Editions in the fall. Pentagram had been founded in London on Monday, June 12, 1972 by five partners: architect Theo Crosby, graphic designers Alan Fletcher, the recently deceased Colin Forbes and Mervyn Kurlansky, and industrial designer Kenneth Grange. Each was a leader in his field and had a thriving office. All, however, felt that they could do more and better work on a larger scale. By creating a unique, non-hierarchical structure that preserved the autonomy of each partner while encouraging collaboration and resource sharing, the firm was successful from the start. Theo Crosby claimed that the structure was suggested to him by his experience working on the legendary “This Is Tomorrow” exhibition in the late 1950s: “It was my first experience with a loose, horizontal organization of equals. We made it a kind of practical and efficient reality at Pentagram.”

Over the past five decades, Pentagram has displayed enviable longevity: In addition to the London office, which since 1982 has been located in a building designed by Theo Crosby on Needham Road in the Notting Hill district, offices have been opened in New York, San Francisco, Austin and Berlin. The ranks of the partners have also been successfully renewed by successive generations of management, which is by no means a matter of course. Each partner is still active as a designer and leads an independent group within the Pentagram system. Pentagram has, to mention just a few, designed logos for British Telecom, the publishing house Faber & Faber, the V&A and ABB, as well as corporate identity for BP and the Boots chain of stores, designed kitchen appliances for Kenwood, the Kodak Instamatic camera, High Speed Trains for British Rail, packaging for Organic Yoghourt and much more. In 1988 David Hillman developed the redesign of the daily newspaper “The Guardian”.

The new two-volume compendium, due out in the fall, is written by Adrian Shaughnessy and designed by Tony Brook. It features work by all 51 partners in Pentagram’s history who have contributed to the agency’s rich portfolio. Posts featuring some of Pentagram’s favorite projects from the past 50 years can also currently be found at @pentagramdesign. 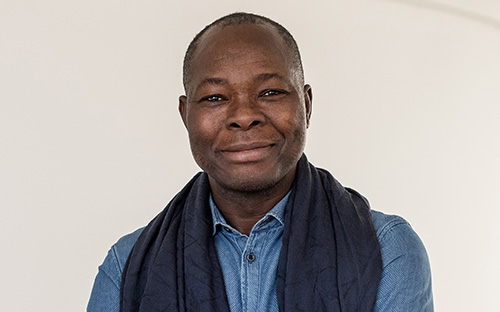 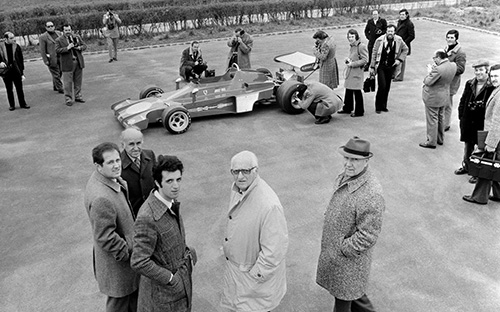 Enzo Ferrari and Ettore Bugatti. Documentaries on Arte about two legends of automobile history and their brands