Due to the Corona pandemic, the Munich Oktoberfest had to be cancelled in the last two years. This autumn, from 17 September to 3 October, the 187th edition of the “Wiesn” is to take place again. At the same time, the brand identity of the Munich Oktoberfest (link in German), which has been held on the Theresienwiese in the Bavarian capital since 1810, is to be improved. In order to increase brand recognition and facilitate national and international marketing, the world’s largest folk festival will have its own brand identity and logo for the first time in its history.

The central design element is the initial “O”, which has been decorated with ornamental flourishes and embellishments, whereby the entire motif appears traditionally Bavarian and at the same time modern; and is understandable worldwide. In order to achieve this, the creators of the logo from the RED brand agency specially designed a typeface (“Wiesn”) and created a modular design system. Both the logo and the typeface are based on the reinterpretation of a traditional broken Fraktur script, as it was commonly used in Bavaria at the time of the festival’s founding. Selected colours and a consistent visual language, they say, complemented the design and made it a recognisable look. The new branding for the Wiesn will gradually become visible online, in marketing and on the Theresienwiese.

For those responsible on the part of the City of Munich, according to the trade blog Design Tagbuch (link in German), it was important, as Benedikt Brandmeier, Head of Tourism, Events and Hospitality in the Department of Labour and Economic Affairs, explained on the occasion of the presentation, that the visual appearance be perceived as typically Bavarian: “The branding combines tradition and modernity. The design leaves room for interpretation, is internationally understandable and it works for all target groups.” Instead of choosing a single pictorial symbol, such as a beer mug, they deliberately opted for an abstract form to offer more room for interpretation. The dynamic form and the momentum of the O logo, according to the official explanation, reflect the “spirit” of the Oktoberfest.

A commentary in the Design Tagebuch says: “Brand design is interesting if only because it describes an elementary area of tension in corporate design: how much cliché (mostly with negative connotations) may/must the brand convey? And how much modernity/individuality can the design convey? A design that is too clichéd very quickly comes across as kitschy, trite and chumming up. In turn, a look that is too modern and progressive could be seen by many people as inappropriate, artificial and unbelievable. Even worse would be if the message associated with it was not understood in the first place.”

Travel as a Tool: exhibition in Helsinki 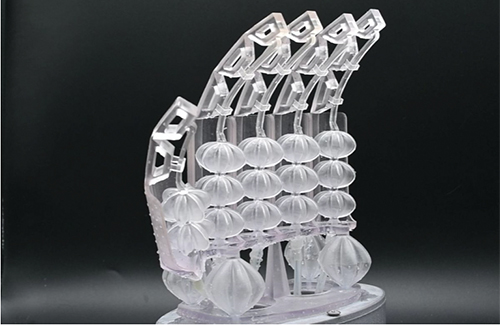 Pneumatic muscles for robots – from the 3D printer