For young designers taking the first steps into their career, finding visibility and developing contacts have top priority. In this context, how important are design awards? Every year, the German Design Council’s international “ein&zwanzig” competition puts 21 young talented designers in the spotlight, awarding only outstanding examples of creativity and innovation. What do former winners have to say?

Doors to an international designer community open up for the award recipients. The awards ceremony and subsequent exhibition take place once a year as part of the Salone del Mobile furniture fair in Milan and provide an opportunity to talk with industry representatives and expand personal networks. However, young talent can also gain visibility in the community even if they do not feature among the 21 winners. Those that make it onto the shortlist are not only noticed by the top-class international jury, but also by the extensive network of the German Design Council. This shortlist, the 21 winners and the recipient of the “Best of Best” award are also presented on the “ein&zwanzig” website.

In 2020, the jury was able to select out of 1,035 submissions received from 74 different countries. A new record! However, do the recipients achieve the success they want after winning this award? We took a hard look at this question.

Moritz Putzier, a designer from Cologne, was one of the lucky winners in 2017. For him, having a presence at design fairs is the most effective form of presentation. “The great discussions and exchange of experiences about work with the other winners are extremely valuable. Just like the discussions about the exhibited projects and the associated reflection on your own work,” he says, summing up his experience. Last but not least, having many contacts from the field provides motivation to keep going. The media attention that an award brings can also help set the course for the future. By itself, though, it is not enough. “Building a network requires perseverance and patience,” says the designer who has since founded  Studio Moritz Putzier.

For Sofia Souidi, the 2018 “Best of Best” winner from Berlin, the experience was similar. The designer successfully benefited from the media attention in particular and made a name for herself in the industry. Her experience is that the award gives the participants a great deal of attention, which is vital for young designers in order to gain a foothold. Souidi established a lot of press contacts through the award, which she has also benefited from in the long term. The contacts made at exhibitions and fairs frequently develop into long-term partners for dialogue. Winning the award motivated her to keep submitting designs to other competitions, fairs and exhibitions, where they are very well received.

The “ein&zwanzig” award turned out to be the ultimate launch pad for Simon Frambach. After being awarded “Best of Best” in April 2019, he experienced an exhilarating year. His “Dynamic Folding Chair” project was selected for a production contract. “I’m lucky to be working with a young and determined company that takes the required development stages seriously and wants to transform the product into a high-end series,” he reports. That summer Frambach reached a second milestone, becoming a senior designer at Konstantin Grcic in Berlin.

Sustainability: an engine for innovation

One thing is clear, for young designers, coming to terms with the principle of sustainability is part of their daily work approach. Souidi is studying recyclable materials with an “Artist in Lab” grant at Fraunhofer WKI. Putzier sees sustainability as part of every design process, right from the outset. Meanwhile, Frambach says, “Sustainable action can only happen if you correctly understand the underlying value chains for products and services. Then these can be questioned and meaningfully changed.” In addition to the personal responsibility of the individual, he demands the commitment of decision makers and corporations to sustainable action.

“At the moment I can work freely and independently. However, there are also projects I work on where the customer has fixed ideas. It is particularly exciting when such projects alternate with each other,” says Souidi when describing her situation as a designer. In changing corporate cultures, hierarchies and processes are increasingly being questioned. The products of tomorrow are able to respond to these developments and contribute to making working life more compatible with social life. “Working in the future will be more flexible in every respect,” Frambach is convinced. Putzier has observed increasing complexity, saying, “I would like to continue to respond openly and curiously to different situations in terms of design.” He emphasises the importance of personal, long-term partnerships and fine-tuning products collaboratively until they are ready for production.

Moritz Putzier was himself appointed to the jury for the German Design Award in autumn 2019. “It was a very exciting experience, as an independent designer you are always in a situation of being evaluated, so changing your perspective is a challenge.” He encourages designers to break with visual habits, to watch out for detail and to maintain an independent perspective. “Design awards foster innovation and are an engine for change,” he says in summary.

Sustainable Web Design: Can the Internet Be Made Greener? 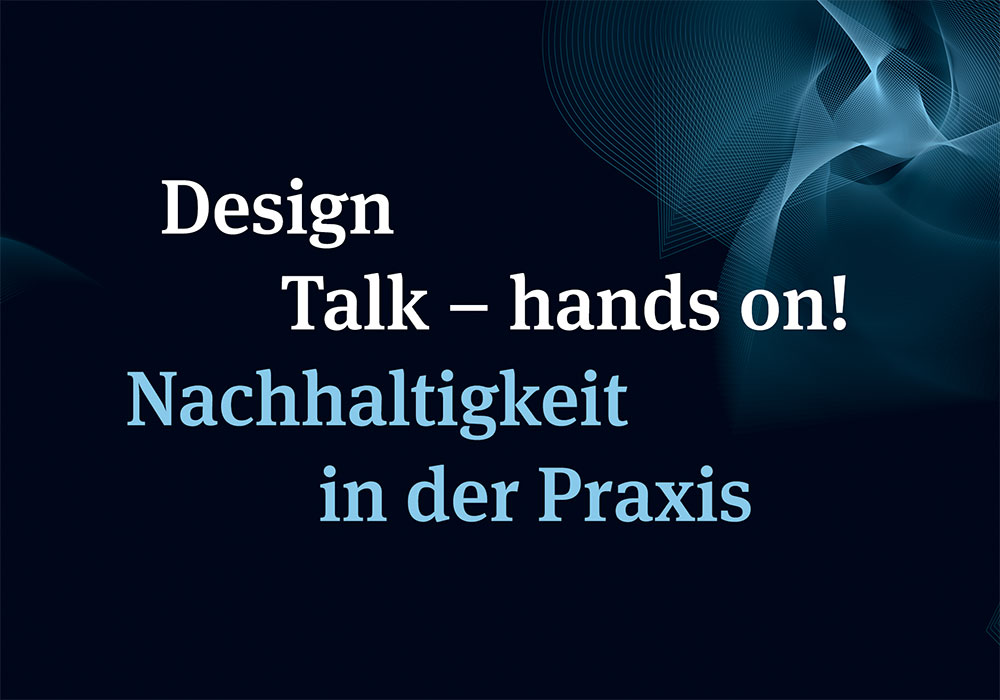 Focusing on the person: an interview with 2020 newcomer Janina Hünerberg