Having studied aerospace engineering, Ernesto Gismondi began developing and producing lighting in the 1960s and founded Studio Artemide with designer Sergio Mazza. He thereby laid the foundations for the Artemide Group, which would become a world-class lighting manufacturer. As a member of the “Memphis” avant-garde movement, Gismondi designed various successful products, influencing design both in Italy and around the globe.

Ernesto Gismondi was a man of many interests and talents – as an aeronautical engineer, university lecturer and entrepreneur. He was a professor at the Polytechnic University of Milan for 20 years until 1984. Under his leadership, the Artemide Group grew to become a company of international success and renown. He was the vice president of the ADI (Association of Industrial Design) and held positions with several other industry and design associations. Alongside these roles, Gismondi championed design in Italy and further afield. Gismondi had a good eye for up-and-coming designers and their creative ideas, which resulted in many classic Artemide designs. Among these are the “Tolomeo” lamp by Michele de Lucchi, which has become the world’s best-selling lamp since it was launched in 1987, and the “Tizio” lamp, which was designed by Richard Sapper in 1972 and was one of the first desk lamps to use halogen technology.

Gismondi’s most prestigious awards include the Compasso d’Oro (1994), the European Design Prize (1997) and the Ernst & Young Entrepreneur of the Year Award, which he received in 2008 and 2009 in the Innovation and Communication categories. In 2008, the Italian president at the time, Giorgio Napolitano, awarded him the title of “Cavaliere del Lavoro” for his services to the industry. He also won the Compasso d’Oro for his lifetime achievement in 2018.

Ernesto Gismondi had a plethora of talents that would have been enough to fill two lives. He died at the age of 89 on 31 December 2020. 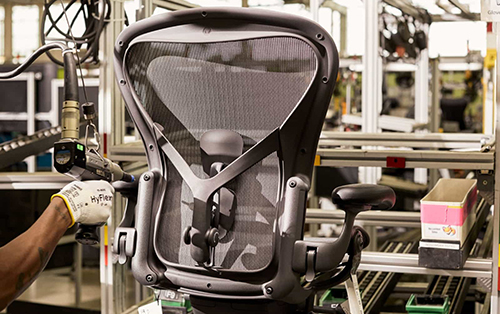 Talking about longevity with Don Chadwick, one of the designers of the Aeron Chair

Birkenstock: A film about the cult brand

Ideas for a better home: the IKEA catalogue turns 70