It’s hard to think of anyone with a more diverse career than Peter Schmidt. The breadth of his experience runs the gamut from packaging through to corporate design, from perfume bottles to brand consulting, from book design to set design, right through to architecture. Not only did he design the famous Jil Sander lettering and the minimalist bottle used for her first perfume – he is also a personal friend of the fashion designer.

Schmidt was born in Bayreuth in 1937. After studying in Kassel he went to Hamburg, where he and Waltraut Bethge founded Schmidt Studios in 1972. He managed the agency, which was the forerunner to the Peter Schmidt Group, for 30 years. Andrej Kupetz, CEO of the German Design Council, spoke with Peter Schmidt on the occasion of his distinction as »Personality of the Year«.

You were born in Bayreuth. Are you a Wagner fan?

Yes, I have been from an early age. I had amazing parents who ran a garden centre – they were very close to nature, and as children we enjoyed a lot of freedom. When I was 14, my aunt sent me a note to say I was invited to attend the dress rehearsal for a production of »Götterdämmerung«. I was standing there in front of the door with my note, and a dour Bayreuth woman told me: »You can’t go in there. This rehearsal is not open to the public«. I protested so loudly that they fetched Wieland and Wolfgang Wagner, who said, in Franconian dialect: »Oh, let the boy in«. I was overwhelmed – I felt like King Ludwig! That was my first time in a theatre – naturally, it made an impression.

Is that what first sparked your desire to become a designer?

I wanted to be involved with the theatre in some way – which my parents tried to discourage, as they saw this as a highly risky career. In any case, that changed my perspective on life.

When we talk about branding and corporate design, you could say we’re talking about the staging of some world. In this regard, the aspirations of Richard Wagner and everything he achieved have had a significant legacy for German design.

I don’t know if you know about the memorial stones that Hannes Heer, Jürgen Kesting and myself placed clandestinely in the park around the Festspielhaus – which are now under the protection of the Bayreuth administration, because of course it’s part of the Wagner estate. On those stones we recorded the fate of Jewish artists in Bayreuth. I still believe that this was the most important thing we ever did.

From Bayreuth you went to train in Kassel. What made you choose Kassel?

I had an older friend who moved to Kassel, and he invited me to visit. I liked the school. I had to make an effort, because I didn’t get my Abitur diploma at school. Then I was invited to do the entrance exam, and I was the only one accepted – by Jupp Ernst. He came in, shoved me aside and asked: »What are you doing here?« I was actually pretty good at drawing, and I had already done some training in lithography, otherwise I wouldn’t have even been taking the exam. To my astonishment, he said: »You can stay«. It was a fortuitous turn of events.

And from Kassel you went straight to Hamburg?

That’s a curious story. I had a friend from Bayreuth who went on to run a
hairdresser’s shop in Paris, and I made a little book of photos for him – with scenes from Paris, and also a small drawing that I did of Schwarzkopf. This came to the attention of Friedrich Böltz, Schwarzkopf’s advertising manager. He sought me out and found in me Bad Hersfeld, and wrote to me, quite brazenly to say: »You don’t belong in Bad Hersfeld. Come to Hamburg«. Hamburg sounded good, but I wasn’t so sure about Schwarzkopf. Working with hair? (laughs) That didn’t really appeal. So I turned down the offer. Then I got a telegram from Böltz, saying that he didn’t accept my refusal – he said he had torn up my rejection letter, and I had to come to Hamburg. The most important possession I took with me was my gramophone, because even back then I liked to have music going all the time.

Was it an antique gramophone, one of those ones with a horn?

No, it was a ghastly object. My first record was of songs from the Costa Brava.

That’s very particular. And when you got to Hamburg, did you start your own business straight away?

No, at first I was employed – and I’d already been given a juicy pay rise after just a few months. Böltz had a very quick temper. I was actually quite timid, but I said to him: »If you’re going to shout at me, I’m leaving.
You can shout at your other employees, I’m not putting up with it«. That gained me respect. When he founded the agency Verclas & Böltz, after an interlude in Frankfurt, he said to me: »You’re coming too, of course«. He spoke to me with the familiar »Du«, I addressed him with the formal »Sie«. The agency was hugely successful, and one day he said to me, out of the blue: »Come and look out the window. What do you see down there?« I replied: »A Porsche«. To which he said: »It’s yours«. It sounds like a fairy tale, but it’s all true!

How did you come to start your own agency?

Through Mr Wolf I had got to know Waltraud Bethge, who said to me: »Peter, let’s set up our own business – now is the ideal time«. It was pure coincidence that our office was next door to Jil Sander. At some point Jil invited me over and said: »Peter, how about you take a look at my logo«. And just between you and me, it wasn’t a bad logo. She had shown it to me not long before. That was the start of our wonderful friendship – and my introduction to her amazing power, which sometimes was too much for me to cope with.

I bought my first Vogue at age 13 – and there was a double-sided ad that was quite different to anything else: Jil Sander’s famous black and white portrait. I’d never seen anything like it before.

Yes, it was a real revolution. Without Jil it simply wouldn’t have been possible to market something like that perfume bottle.

Jil Sander was more than just a client, wasn’t she? For a time she was also a sparring partner…

She was my most important client by far – but more than that, meeting her was the most important encounter of my professional life. Today I do a lot of work for the theatre, and I get to know people who have this yearning for extreme precision. When you are staging a play, for example the first performance of a piece by Elfriede Jelinek, everything has to be exactly right – otherwise you don’t do justice to the playwright’s language. And designing sets with someone like John Neumeier, who has the most exacting standards, was a special experience. Not the smallest detail was left to chance.

And how were your meetings with Jil Sander?

When Jil rang up and said: »Peter, you have to come right away, there’s something we need to discuss«, then I had to jump to it. Once I said to her: »Jil, I’m afraid I have to leave for Bremen at two«. She asked me what I was going to do in Bremen, and I told her: »I’m going to see Hachez and design some chocolates«. And she said: »I’ll come with you,
then.« So we got into my sports car and drove to Bremen – I hadn’t let anyone know she was with me. We drove to Hasso Nauck’s place, the boss. He opened the door – and there was Jil Sander. It took him an hour to recover from the shock. Then she designed some chocolates, and it was simply unbelievable: »You’re doing it all wrong«, she said, »you need to cut them and lay them out all over again – and those colours don’t go together, either«. They turned out to be the most beautiful chocolates ever.

Yes, I designed Baumkuchen for Japan. The Japanese are crazy about Baumkuchen, it’s the single most important thing at a wedding. You just can’t have a wedding without Baumkuchen. And then someone asked if we could make them some German cakes as well. So I designed a black forest gateau – which I’m sure tasted terrible.

Were they just for the Japanese market?

Yes – there was even a type of chocolate sold in Japan called Peter Schmidt – I still have one of the little packets.

Do you have a favourite project that you are still really proud of today?

It may surprise you to knowthat my favourite projects have been books. Designing a book is a wonderful experience, because the possibilities are boundless – you are the one making all the decisions, without interference from others. It’s quite something, to be the keeper of a book’s mysteries. 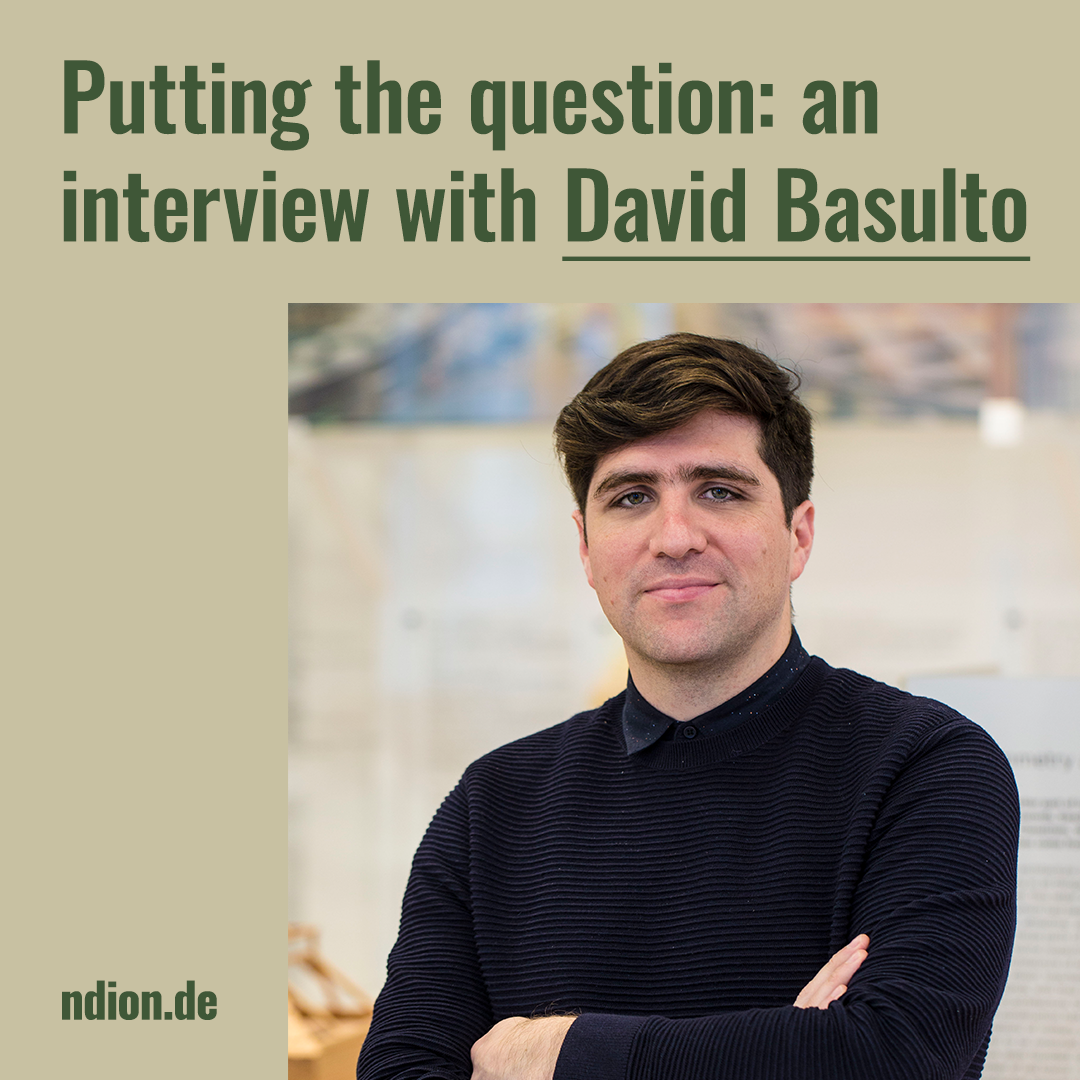 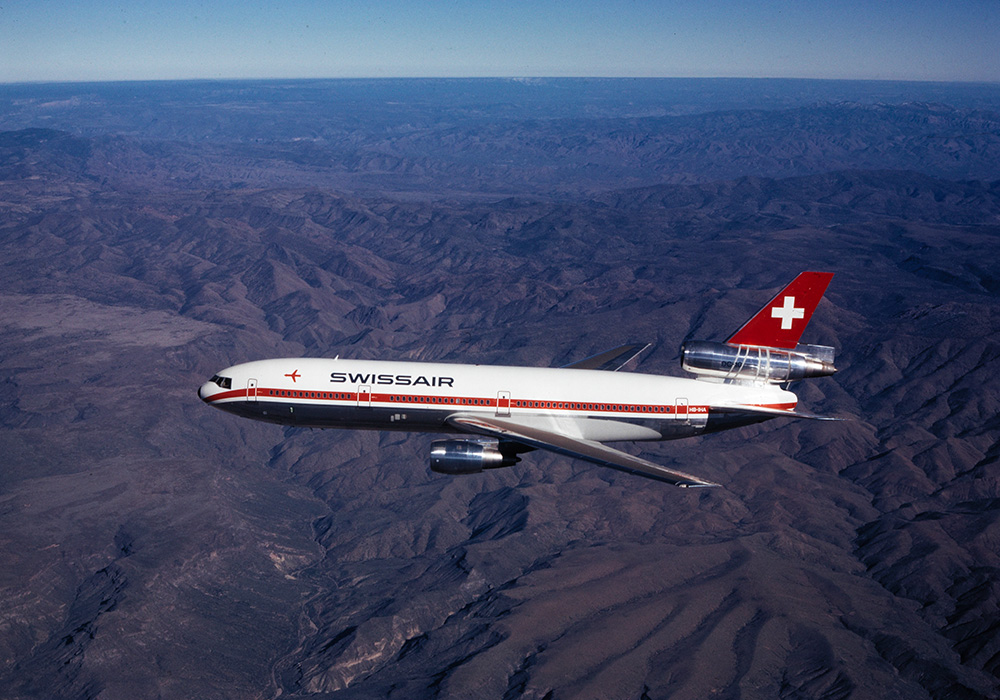